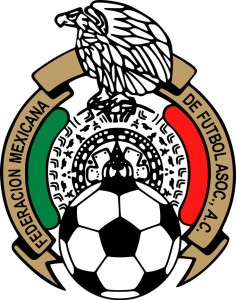 Canada v Mexico. 55,000 home supporters. Pizza and a slurpee (to which I am going to add an unnamed alcohol which could imply bias or bad luck). This is truly a Good Friday.

Welcome to the road to Russia 2018.  This weekend (well, Friday to Tuesday) is as make-or-break as it’s going to get.  Home and away against Mexico will give us a fair indicator how the rest of this road goes.  The optimist has me thinking there’s a legitimate chance to steal something, but the realist tells me anything but.  Don’t ask about the pessimist.  No one wants to hear what he has to say.

On To The Match :

8’ – free kick to the right of the Canadian penalty area easily dispatched by de Guzman.

12’ – Borjan bails out the side after a poor clearance by getting full extension to push the ball wide of net.

15’ – Layun after a clearance, fires a damn lazer for the top corner, but misses. Damn…

21’ – Hoilett!! Ugh… Ball skips through the Mexican box, Junior runs onto it and blasts it into the roof. #beAHero

25’ – Straith bowls over Lozano, then goes the other way and Larin has a break down the wing springing the trap and pops it out for a goal kick. Shit…

29’ – holy shit Borjan… Another bullet from 25 yards out THROUGH TRAFFIC! and another save. My favourite Canadian footballer ever…

31’ – GOAL – Chicharito gets at the end of a beautiful cross, spot on header. Borjan couldn’t save this one. Ugh.
CANADA 0, MEXICO 1

36’ – Hoilett two foot challenge ends up with the ball, gets up, takes a few steps and launches the ball over the bar.

39’ – GOAL – Lozano breaks down the left wing from 35 yards out, beats his man and buries it past Borjan.
CANADA 0, MEXICO 2

42’ – not rolling over and dying, Hutchinson is causing headaches for his marker and beats his man down the wing, but the cross is easily cleaned up.

44’ – Hutchinson gets into the box, gets taken down, no call. Replay shows it was the right call.

53’ – Hoilett lays a little ball to Arfield who puts it on net. Nice first touch.

59’ – Chicharito beats a defender, pops into the far corner, but was offside

69’ – de Jong just slams into some Mexican player. Somehow not a booking.

72’ – GOAL – Corona gets a low ball, unmarked in the box, side steps a defender, blasts it at Borjan, who gets some, but parries it over his head and into the net
CANADA 0, MEXICO 3

87’ – defensive calamity as the white shirts outnumber the red ones in the Canadian box and someone ended the panic with a blast off the crossbar.

90+4’ – Arfield nearly poaches one, but the Mexican keeper gets there first.

Man of the Match : Borjan or Hutchinson. I’m good with either.

Goat of the Game : Larin doesn’t look like he’s quite ready for prime time.

I Am Not The Gaffer But : I got nothing here, other than Doniel Henry is not a right back

In Case You PVR’d It : it’s an interesting match as Canada doesn’t really quit until the third goal, and then it’s a slow down. I’d say watch it all.

Tuesday could be a long night.

Contrary to his time in Toronto, Julian de Guzman in a Canada shirt was often a very different, and far more effective, player. Congrats on the milestone… Can everyone on Mexico smash a ball like that? Like everyone?… I wanted so badly for Larin to bag one, or at least hit the post.  Also, I’d have been fine if Hoilett could’ve opened the scoring.  But, noooooo… Counter to the stupid “puto!” goal kick chant – “excuse me!“, stereotypically Canadian… Hutchinson looks to be the one player who can handle himself one on one against such a talented opposition… 54,798 is the attendance. Vancouver can keep the qualifiers until they stop caring… The US lost to Guatemala in Guatemala 2-0… Arfield looks like a bit of fun. Hope he isn’t too hurt with his back, and look forward to him suiting up in the future.