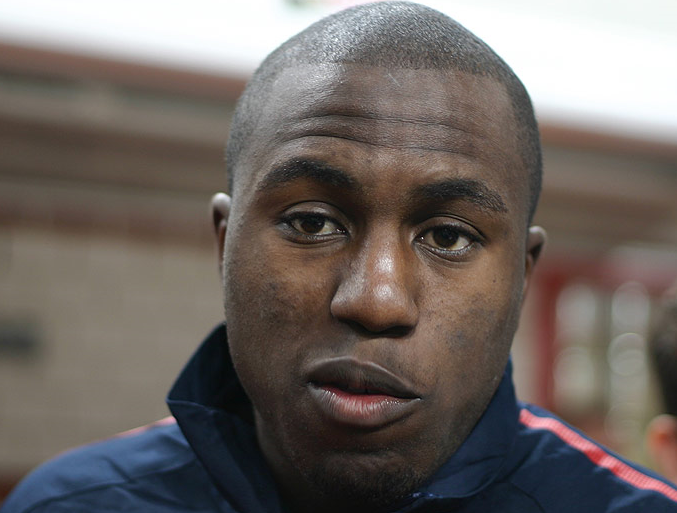 Yes Jozy, we’ve all had that face recently.

While no one in the past, present or future universe will ever describe MLSE as paupers, the final move in the Bloody Big Deal may have come down to a case of beggars can’t be choosers. While the imminent transfer that will end Jermain Defoe’s TFC reign of error wasn’t one that the club necessarily offered with cap in hand, it’s one that they simply probably had to take.

Before we go further, let’s get those big assumptions out of the way. We assume that Toronto FC is getting equal or better value (in cash and player swap value) to what they paid out to Tottenham for Defoe a year ago. We assume that wacky, dark machinations out of Major League Soccer’s gold-encrusted bunker in New York City will see to it that Jozy Altidore’s rights land firmly with TFC with little to no penalty or delay. We assume that Jozy Altidore is fully on-board with joining the bad ship TFC over his rumoured preference of New York Red Bulls. It’s a bloody big load of assumptions, but for shiggles, let’s go with it.

Akin to only being as faithful as your options, Jermain Defoe really only had a handful of reasonable destinations. While I tend to believe that MLSE would hold steadfast and not back down on their evaluation of the petulant striker’s worth, there would only be so many deals available before the January transfer window slammed shut. The eventual “winner” of the sweepstakes – Sunderland – would have been considered by many to be the least viable option until recently but their competitors likely fell to the wayside one-by-one. QPR, the betting odds leader, seems to be sinking under the weight of another relegation fight and murky finances. Leicester City was never going to be an economic option and Liverpool was likely nothing but a bored newspaper pundit having a shot in the dark. This left the unlikely Mackems with the edge.

While far from the London glamour (see: WAGS and nightclubs) that most expected Defoe to demand a return to, Sunderland became the perfect storm of options for both the player and his spurned employers. The Black Cats are woefully missing a talismanic striker, or really any consistent attacking outlet, a role which many (rightly or wrongly) in England believe Defoe can still fulfill. Of all the clubs on the table, Sunderland offers Defoe the best shot of starting most matches up front. The other attractive option for Defoe, a player who seems to perform best under a manager he knows on a personal level, is his former teammate and coach at Spurs, Gus Poyet – the current Sunderland boss. Perhaps Tyne and Wear doesn’t have a Laura Mercier store or the shiny discos of Essex but perhaps Defoe actually weighed up his football options and chose wisely. If the player had not agreed on his new home, TFC would have had an uphill battle completing any transfer.

For Toronto FC, Sunderland ended up becoming the all-in-one package that neatly wraps up this mess with a tidy bow. The reason for that is of course Jozy Altidore. When the burly American striker, whose value and prestige is far higher on this side of the ocean, was dangled as part of a swap deal, the optics were likely too delicious for The Reds’ management to resist. Not only a recouping of the financial side of things but a replacement striker to boot? Yes please.

While TFC could have dragged their heels until January 31st in the hopes of squeezing money out of a more desperate suitor, the dangers of such a move were too great. The club needed a “win” to cleanse the city’s palate after Defoe’s tenure went south. TFC needed to look like they were on the front foot of this process. In many ways they will have. The more important side of this scenario is that even if they would have held out for a bigger transfer – what could they have done with it? There would have been few options in the attacking department left that came with a recognizable name that would satiate the needs of the ticket buying public. TFC would have had to wait until summer to replace Defoe – a nightmare scenario for a club with 6,000 new seats and no proven goal scorer in reserve.

Instead, Toronto FC can now move forward with the “could be a great” Jozy Altidore leading the line of an energetic “American” force in front of Michael Bradley – the two apparently being quite close. The club can hopefully parlay any excess transfer funds into securing a # 10 style midfielder with Juventus’ Sebastian Giovinco still the prize they seek most. Pull that off and the Toronto FC front office go from bloody big zeroes to bloody big heroes in a matter of two deals.

In retrospect, the TFC suits would have been better to swallow their pride and dealt Defoe away last August. However, the PR nightmare, potential egg on their faces and the player’s own ambiguity stopped this. It’s not hard to see why they wouldn’t or couldn’t – few other clubs in their place would have either. While we are sure last minute calls were hurriedly made to the other suitors for Defoe before finalizing this deal, Tim Bezbatchenko and Co. may have very well made the best possible deal that they or any MLS club could have in the situation. Defoe checked out in the summer, every one of their potential transfer partners would have known this via agent channels. Making a deal that wasn’t Vince Carter on grass is something that probably deserves some rare kudos from this side.

Again, claiming victory and showering compliments on TFC is a razor’s edge. This whole thing can still go south in a hurry but Defoe was going either way. He wanted out. The club needed him out. For sanity’s sake and to move on with our footballing lives, we the supporters needed him out. In these situations you hope that your club just doesn’t get taken as mugs during desperate times. It would seem like TFC has not fallen prey to that scenario.

Now, off to hope that all of those assumptions don’t make an ass out of you, me and Toronto FC.