Posted By Duncan Fletcher on May 25, 2015 in News, Uncategorized | 6 comments 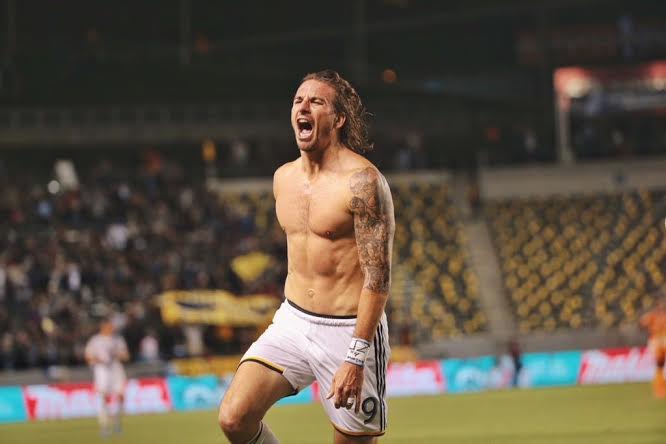 As always, you can get this in audio form with interruptions and terrible impersonations in each week’s Vocal Minority Podcast.

For the second consecutive week, MLS got weird, especially in the East with the early front runners sputtering and the hopeless jokes now building win streaks, the sack race grinding to a halt.

Starting in the East and New England had a particularly rough week, getting hammered 4-2 midweek by the Sporks, a game that featured Jay Heaps seemingly losing his mind and a preposterously soft penalty decision, then having 2 players sent off against DC, Chris Tierney and Lee Nguyen both earning their red cards. The Revs were 1-0 up at that point, and held on until the 80th minute when Jairo Arrieta scored literally seconds after Paul Mariner commentated that DC can’t break down the revolution, well done Paul.

So only a point each for two of the top 4 in the East, but Columbus looked good on Friday night, up 2-0 after 2 Kei Kamara goals, but then Chicago fought back and got an injury time equaliser to make their goalie Jon Busch’s 300th MLS game a happier one.

As for the New York Red Bulls, they were at home to Philadelphia and sleepwalked their way to a 2-0 deficit before finally putting in a decent effort that came to nothing, though they collectively shrugged it off as one of those games. As for Philadelphia, it’s now two clean sheets and 2 wins, against DC and New York no less, since they all got their Sacks out in protest. This was their first ever win at Red Bull Arena, and all of a sudden they have 12 points from 13 games.

Also on a roll, Montreal who beat league leading FC Dallas 2-1 in front of another crowd that barely got over 13,000. Jack Mack and Ernie had been bitching about their lack of playing time, but got a start and got what turned out to be the winning goal, celebrating with a shushing gesture aimed at someone. Maybe Frank Klopas, but he doesn’t care,  “Listen, if he keeps scoring, he can go like this all the time,” Klopas said. “No problem.” It was goalie Evan Bush who saved the game as Dallas piled on the pressure at the end, Oscar Pareja saying “He made a few saves like I haven’t seen in a long time. Unfortunately it was against us, but that’s the way the game goes.”

Another decent result in the race for 6th saw Orlando get a point in San Jose despite going down to ten men as the teams swapped penalty goals after Brek Shea’s red card.  The big news in that game was the San Jose goal, which was Chris Wondolowski’s 100th MLS goal, the 9th player to reach that mark, and you’ve got to think he’s got a very good chance to knock off Landon Donovan at the top of the list before he’s done. He was in no mood to celebrate though, picking the ball up and running back to the centre circle at the time and then bemoaning the dropped points after the game. Eventually he got around to the landmark, saying “It’s a bit surreal. Right now, it’s fun. I enjoy going out there and whatever happens, happens. I grew up a fan of this club, so to be able do it for my hometown team in front of my friends and family is pretty cool. I got to give my dad a hug after, and he had tears in his eyes. He was my first coach and has helped me along the way. That’s what makes it special.” Aaaaaaww.

The one Eastern minnow who did lose were New York City FC who managed to lose to Western strugglers Real Salt lake in the coming again of Jason’ Kreis’, his first game back in the Holy Spanish Royal Mormon temple that is Sexy Sandy Utah. Joao Plata made his season debut, John Stertzer scored his first MLS goal, and Javier Morales also returned from injury. It was very emotional for Morales who said “You play against old friends, Wingert, Grabavoy, Velasquez, Jason’s on the bench; everyone you know?”  “It was a good atmosphere on the field with our people. You know Plata is coming back, and we won. So I think it was a great night for everyone.” Except maybe those old friends you mentioned, but oh well.

Colorado beat Vancouver for their 2nd win of the season, helped by a Pedro Morales free kick being waived off for a phantom foul called for an infringement in the wall. Carl Robinson said of his team – “They’re a grumpy bunch in there tonight because they feel hard done by and I’ve got to agree with them.” Pablo Mastroeni obviously got that exorcism he talked about as this was the Rapids first win at home since July. Kevin Doyle made his Rapids debut, and talked of getting used to the altitude. “It was nice to win. I needed that. I needed to get involved and get that chesty feeling out.”

Kansas followed up their win over the Revs with a credible 0-0 result in Seattle, despite only having 5 available subs, what Peter Vermes referred to as a humungous road point.

Finally, one more Western struggler got a good result this week as Robbie Keane made his comeback from injury and the Galaxy beat Houston 1-0, on yet another injury time goal from Alan Gordon to drag themselves back into a playoff position.

That’s your MLS wins and losses, the lesson of the week, don’t gamble on MLS!