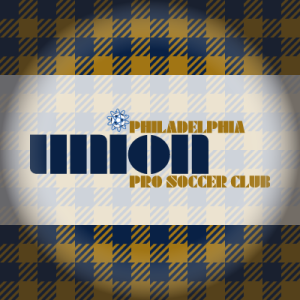 Man, am I tired.  I want to go to bed before this game even starts.  Long week, amirite?

I’m just happy for once somebody else has to deal with an 8 p.m. kick off on a Friday evening. Too bad Philly, suck it.

Honestly, I haven’t paid attention too much as to who’s hurt and who isn’t hurt, who’s coming back and who’s on the bench. To be fair it just adds to the adventure. Besides, I’m just worried that Jonathan Osorio might be out for a prolonged period of time. Past that, I just can’t wait to see how they’re going to be mediocre this time.

Turns out he’s not only healthy, he’s starting. And Bradley is a midfielder again. Hooray!

7′ – Osorio gets a ball on the left side, crosses it in fines the foot of Chapman, but he fires it and it goes out for a corner. And then it didn’t.

13′ – Picault gets one on one with Bono, and Bono gets low and takes the shot away.

16′ – Former Robin Warren Creavalle goes into the book for a hard-ish tackle on the ankle of Hernandez.

18′ – GOAL – Oh so good… Vazquez threads a ball through a few navy shirts, onto the boot of Osorio, one on one with Blake, pops it over him and into the net.
ONION 0, ROBINS 1

27′ – Auro gets down the right, takes a touch too many and fires it wide of the far post.

36′ – YELLOW – Chapman gets booked for a tackle on Picault.

57′ – Picault gets a ball laid off to him near the top of the box, and his shot beats Bono, but not the crossbar.

76′ – Aketxe does a little dance on the left side, fires a looping ball that nearly goes in, but ends up as a corner.

79′ – GOAL – Terrible throw in from Rosenberry gets picked up by Giovinco. Settles it and lays it off for Osorio, and he calmly slots it past the keeper.
ONION 0, ROBINS 2

SUB – Ricketts on for Hasler.

81′ – Seba slides a great ball for Ricketts to run onto, but Blake came out to snuff the opportunity.

84′ – Seba has a go from 20 yards out, gets stopped. Aketxe gets his head on the rebound and tries to pop it over Blake but gets his hands to it.

87′ – Hernandez gives up a ball 25 yds in front of his own goal, David Accam gets in alone on Bono and the keeper makes a huge save bailing his defender out.

Man of the Match : Osorio for the brace. Bono honourable mention.
Goat of the Game : not Aketxe! Well done.
Ref Rating : 3 out of 5, which is a Toledo 5 out of 5
I Am Not The Gaffer, But… : I’d probably have subbed of Osorio because #VanneyHatesHattricks
In Case You PVR’d It : It was ok. Watch the goals.
Kit Spotting : camera panned to someone wearing the Manchester United 1990-92 away kit of my dreams. Must’ve been the reissue.

This was a perfectly fine performance for Toronto.  Nothing flashy, nothing desperate.  It was calm, controlled, panic levels were minimal. In a bizarre kind of way, I’m glad they didn’t smash Philly out of the park and/or shut them down, mostly because us supporters would get the feeling that it’s back to ‘business as usual’ and when they screw up their next match (not out of the woods yet), the panic will spike.  Osorio was a killer on the night.  He’s so good.  Well executed plan by all.

It was a relief to have more than one centreback.  Bradley has done very well (previous game notwithstanding), and even though it was his job, it ain’t his job… Seba took his knocks this game, but kept his head. His passing was so good this game… Aketxe looked good, even competent and maybe even ambitious. Maybe shouldn’t say something like this about a guy on his wages, but he’s coming along right now… Is it World Cup time yet? I filled out the most exhaustive pool, choosing the outcomes of all the games and ended up with Belgium as the winner, even though I know it’s not right… Did anyone see/figure out what message Heranandez had on under his shirt? Joe’s [something] #201.  It was random enough that I kinda need to know.