Home » Analysis & Opinion » The Deal Is Done! MLS Players Union and MLS Agree To A Deal

The Deal Is Done! MLS Players Union and MLS Agree To A Deal 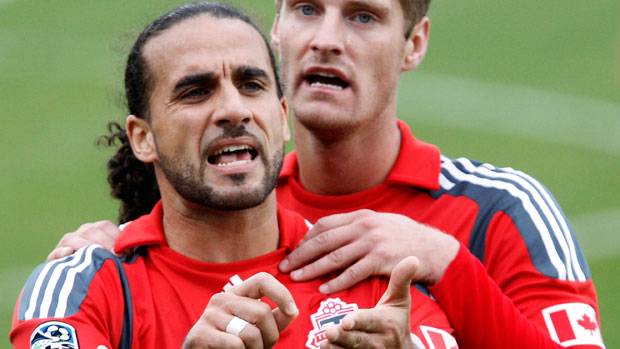 Put away those placards, stop looking up slogans to chant and cease making yourself dizzy by walking around and around in a circle; there will be no strike by MLS players this year!  Barely an hour after I posted this word started to filter out all over twitter that a deal had been struck between the players’ union and the front office.

Sighs of relief were breathed throughout most of the fanbase (and presumably the players and the owners) that soccer would indeed be played this weekend.  I say most because with any type of labour negotiation there are always those that disagree with the outcome – seven teams (SKC, RSL, NYRB, NYCFC, FCD, MTL and COL) voted against the deal and at least one player – Impact defender Wandrille Lefevre – has spoken out about his and his team’s displeasure.

What he says is likely to be echoed by others; it’s not the best deal that they could have brokered, but it is by no means the worst.  The big point in many eyes is the introduction of limited free agency as it was considered the most contentious point by the owners and the one that was going to point to the picket line if not included to their satisfaction.  Personally I would have supported the players had they chosen to walk, but I am thrilled that they came to an agreement and will play this weekend.

So what are the terms of the deal?  Well the unofficial terms – unofficial because shadowy MLS rules – of the deal are as follows:

It’s a deal that has positives and some sticking points.  The free agency terms are less than stellar really – 28 years in a sport like soccer when guys are getting their starts in their teens and will have possibly had two or three contracts under their belts before being eligible for free agency at all.  The eight year length of service part is also a difficult one for young players just starting out in the league – that’s a long stretch of time in today’s sporting world and it won’t be enough on its own to keep some from leaving for greener pastures elsewhere.  However, it is a start; it’s more than many thought was possible at this point in time and with the CBA ending in five years there is a lever for further improvement built in.

Other than the five year length of the CBA – which is significantly good work done by the MLSPU – the most important part of the agreement is the increase to the league minimum.  Regardless of how little this concession costs the owners and the league, this will have an immediate effect on the lives of the younger and fringe players which will improve the game.  It just will – it allows players to concentrate on what they are being paid for; playing football.  While this is great for all of the players at that level, the ones living in the more expensive urban areas (like Toronto), will see an immediate increase in quality of life.  And again, paying them what equates a living wage for what they do helps to ensure that those players stay in the league and thereby helping grow and improve the league.

Because that’s what this type of bargaining agreement has to be about at its core; not just fair wages or freedom to choose for players and the right to make money and retain players for the league – but to improve the league as a whole, to make it better.  MLS is an odd duck with the single entity setup, Canadians aren’t considered domestic (maybe include this in the next CBA guys?), the salary cap or budget means little thanks to DPs, allocation money and homegrown players – there’s many ways to dance around the money issue for teams – and so on.  The league is desperate for global success and respect, changes like these and the ones – likely the more significant – that happen in five years time will help to make that happen.

This isn’t a great deal but it’s a good deal.  It is a starting point and far more than I think many – myself included – thought would be achieved without the players walking out.  As more terms get released or confirmed we’ll update you; but for now get ready to enjoy the return of MLS and cheer on your team.   It’s been a long winter, time to enjoy the best sign of spring other than the mercury rising.