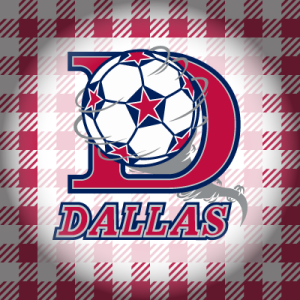 FC Dallas as the Dallas Tornado

I have to believe that this is the game where we come back down to reality.  I’m not saying that it’s the match where they get hammered into dust, just, you know, lose.  It’s more playing the numbers and the odds rather than a pessimism towards Toronto.

The mighty robins are without Beitashour with an injury to his pancreas, which boggles my mind, horrifies me and the internal struggle about making a diabetes joke (I know, not funny, but it’s in my brain and I refuse to let it get out).  Also, no Vazquez, no Ricketts, no Morrow, but Alseth gets his first minutes aaaaaand Morgan is causing Kristin to squee in delight somewhere.

5’ – GOAL – Well that accellerated quickly. Urruti cuts a cute ball from the corner to the centre of the box and Lamah streaks in and gets to it before Bono, slotting it into the right corner.
MHFCD 1, ROBINS 0

16’ – Bradley threads a ball through traffic, finds Giovinco, spins around and loops a shot in that forces the keeper to push it over the bar.

Is this Mark Hinkley’s FC Dallas?

19’ – Gonzales with another tip over the ball, this time from a Bradley cross and Zavaleta header.

21’ – GOAL – Wow, that’s a counter attack.  Urruti threads an amazing ball 20 yards for Lamah to run onto, and gets his shot low and left to a charging Bono. So pretty.
MHFCD 2, ROBINS 0

25’ – Dallas supporter with a trumpet playing the “Dallas” TV theme.  I do love that.

41’ – Toronto counterattack, Cooper lays off a nice ball to his right to Giovinco, fires wide on his first touch.

52’ – These counterattacks.  Dallas should have a third by now.  They’re so good and carves the defense so well.

56’ – GOAL – Mavinga sends a pass to Giovinco and he gets down the left wing, puts a pass into the box, deflects off a defender, off the post, Delgado there to poach the goal.
MHFCD 2, ROBINS 1

57’ – Seba having a go from distance, but easily gobbled up by Gonzales.

64’ – Cooper gets into the corner, somehow gets free with the ball, and gets a cross into the box, Mavinga gets onto the end of it and blasts it right at the keeper.

77’ – That tackle on Moor by Gruezo has resulted in, what, the sixth or seventh booking for Dallas?

78’ – GOAL – Urruti takes a beauty ball from Barrios, Urruti rockets it past Bono who came out to challenge, and buries it in the top corner.  Also, counterattack.
MHFCD 3, ROBINS 1

90+5’ – Tesho in the right corner, passes it into Urruti, settles it and launches it beating Bono, but not the crossbar.

Man of the Match : Cooper.  This time not because I talked crap about him and he did something.

Goat of the Game : I dunno… Seba was a bit selfish, Morgan and Altidore didn’t contribute all that much.  Nothing really goat-worthy.

I Am Not The Gaffer, But… : There are gaps in this depth-laden squad. Also, was there really no room for Cheyrou in the substitutions?

In Case You PVR’d It : Watch the goals.

Those announcement chimes over the tannoy are so delightfully 50’s high school announcements. Probably would make an annoying phone notification after the fourth or fifth time in a day… If Vegas cared about the minutiae of the match, I wonder what the odds would’ve been for correctly guessing the number of bookings by Dallas?… Bradley was delivering some very nice passes throughout the game, however he was bullied off the ball in the one-on-one situations more than once.  Kinda the opposite of what I expect from his game… His PANCREAS?!!?!  HE WAS HIT SO HARD HE HAD AN INJURY IN HIS PANCREAS!?! (seriously… seriously).