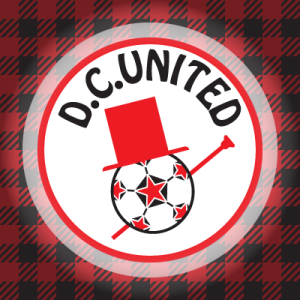 Well, the line-ups are out and Toronto are not about to phone it in against the bottom side. The only change is the debut of new signing and Liechtenstein international, No. 26 Nicolas Hasler, and his timing couldn’t be more perfect with Beitashour still out and Alseth recently injured.

The biggest question is whether or not we’re going to see old Seba (free kicks, heads up passing, taking select chances) or newer Seba (tries to beat the entire team, gets easily frustrated and petulant, complains more).  Last week, old Seba stole the show yet captured our hearts with a masterful performance that could only cast a shadow on whether there still was debate on him being the best player in the league or not.  Was it a trend or a blip.  Solid opponent for the litmus test.

2’ – Deshawn Brown takes a nice ball at the edge of the penalty area and his shot just rolls wide of the post.

6’ – GOAL – Opare off of a corner, gets up and buries it. Clean sheet is dead so soon.
CREAMING EAGLES 1, ROBINS 0

To be fair, it’s been all DC since the kickoff.

10’ – Hasler with a lovely cross that finds Altidore, but couldn’t turn around.

29’ – Vazquez put a lovely ball through to Giovinco whose first touch was tucked under Hamid, but Hamid got down quickly to prevent the goal.

39’ – Vazquez with a nice cross to Hasler, he beats his marker and goes for glory, firing way over the bar. Why not.

44’ – Loyd Sam gets a straight red for tackle in Mavinga. I understand that the ref Chapman has been red card happy lately, but I can see that being a red.

45+2’ – free kick from Bradley causes a scrum in the 6-yard box and the offside flag goes up.

Halftime Mood : once you get past that first few minutes, it was ok.

52’ – GOAL – Vazquez floats a ball in, Altidore back to goal, Giovinco gets the ball through traffic, Birnbaum hits it, off Hamid, trickles over the line. What a dog’s breakfast.
CREAMING EAGLES 1, ROBINS 1

56’ – Altidore pulls a ball back to Giovinco, Opare makes a desperate lunge to block a Seba shot. Excellent defending.

Man of the Match : Ike Opara did more than anyone else. Scored one and saved one.

Goat of the Game : Um… everyone for the first seven minutes? After that, things calmed down.

I Am Not The Gaffer, But… : I’d consider pre-yelling at them before a match against a team this bad, just to be safe.

In Case You PVR’d It : You really need to watch the first seven minutes.  Then just skip to the goals.  There’s bits of quality in the last half-hour too.

How about Hasler? I liked what he had to offer. Has some pace to him, some vision, some creativity. Solid outing for the debutante. Looking forward to what his next game looks like… RFK is the second-last multi-purpose stadium in active use, with Oakland’s Alameda County Stadium being the other. I do wish I had the opportunity to get to a game there, if only to experience one at the old building. They definitely don’t build them like that anymore… I know looking at the fluff I wrote above with the last half-hour of the match appears like nothing happened, just nothing really of note happened.  Sure, there were shots, but they were missed.  They dominated, but… Did anyone else think that Toronto was going to get thumped after that first goal?  For about a good 10 minutes after, I figured it was only a matter of time before the next one goes in. Then that feeling subsided…  Also, who doesn’t like a well-places security guard…