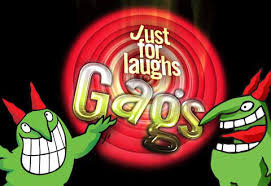 So, a couple of weeks back, in the podcast we wondered what other events might cause a scheduling conflict at the big O. One of the options put out was ‘Just for Laughs gags. Live!’  Guess what we got today at ‘the Big D’Oh’ (TM Vic Rauter).

Yes, with the game just a few minutes away from starting, it was eventually noticed that ‘Oh ho ho, we have fooled you, the lines of the penalty box are painted in the wrong place, too narrow. See the camera over there, haw hee haw’. You’d think it being called ‘the 18 yard box’ would have given them a clue, perhaps lost in translation, who knows.  So we got a half hour plus delay as the wrong lines had to be spray pained green, then more white paint mixed up, eventually added on in the right place, then dried with what looked like a leaf blower and eventually away we go.  Hilarious stuff, those crazy Quebecois. Meanwhile Italy coach whatsisname is sitting back smugly thinking ‘mmm-hmm, you see, you see. Told you.’ or whatever the Italian equivalent is.

I had to miss the start of the game, so pvr’d it to watch live later, and this is now right up there with missing Jason de Vos become the first Darlington player ever to play in an international game, a 15 minute walk away from my house, as a big sporting regret. This sort of shitshow is what twitter is made for, and I missed it. Damn. Anyway, let the Mitsouperclasico begin

2′ Giovinco gets dispossessed by Cabrera and looks quite petulant about it. may or may not be a good sign.

4′ Giovinco knocked down. Free kick time. 25 yards out. Giovinco lets someone else take it. I kid, of course he didn’t. He went over the wall and over the bar.

10′ Goal: Oduro set free, not enough defenders back to cover him, and he knocks it past Irwin and in.  Guess we shouldn’t have gone 3-5-2 after all.  God damn.

12′ Goal: Sloppy giveaway, Oduro sets Piatti free, his shot turns into more of a cross, and Mancosu  slams it home.

14′ Giovinco dispossessed and looked frustrated, I’m going with definitely not a good sign.

19′ Giovinco turns and gets a bit of space, going down the right side. Gets to the edge of the box, hits it to the far post, it curls away and wide and high.

29′ Oduro gets a half chance on the right, Moor’s there with him and so Oduro hammers it from outside the box, Irwin saves it.

36′ Bradley gets the ball to Morrow, ends up getting a shot off that Bush saves easily enough.

39′ TFC have an attack, Altidore loses it lazily, Impact attack quickly, Piatti tries to chip Irwin, over the bar though. dangerous stuff.

41′ Nasty challenge from Ciman on Cooper. Lot of rolling around from Cooper, but still no card for Ciman.

42′ Giovinco bundled over about a yard outside the box. Free kick. He let’s someone else take it.  I kid, of course he doesn’t. Goes wall side, into the wall. I typed that before he took it, and then it happened, true story. Even though he moved it about 2-3 yards further back than it should have been to give himself a chance.

44′ Ball goes out for a Montreal throw. Some TFC fan pitchside yells at and waves a scarf at Piatti, some impact fan comes in and it’s the fan equivalent of handbags. fun.

Half time: 2:0 Oh dear. TFC never really got into that at all. It’s not outright disastrous yet, but given how the impact love to counter it’s not good news.  I’m trying to be optimistic, not really succeeding. Vanney talks about how Bernier was further forward than expected and that messed with TFC’s balance. Hopefully he can figure out a way to fix that.  It did get better towards the end of the half, so there’s that.

Fast forward straight to the 2nd half, lovely.

47′ Morrow gets the ball into Giovinco, he turns Cabrera, but Cabrera able to block the shot for a corner. Promising start though.

47′ But Montreal counter, fortunately with Oduro who just runs and looks like he has no idea what to do before eventually knocking it over to the left and Piatti, but the chance was gone.

53′ Goal: TFC turnover, Oyongo bombs forward. Gets to the edge of the box and seems to run out of ideas so just has a shot, and ‘Oh ho ho, I have fooled you, you thought the move had gone nowhere. See the camera over there? haw hee haw’. It bobbles along just inside the post. I feel like Irwin would want that back, and I’m not feeling good about this at all.

57′ Sub: Ricketts and Johnson on, Osorio and Cooper off. Why the fuck not I guess.  3-4-3 says Will Johnson to someone.

59′ TFC corner comes to Johnson whose shot is blocked and it comes to Hagglund on the edge of the box at a really awkward height and he sees his chance for glory and tries the volley from almost behind him, sort of thing that I wouldn’t even back Giovinco to get on target. In his head it flies into the top corner. In real life, it doesn’t go well.

67′ Bradley fucks up, loses the ball, then in no way tries to track his man and win it back. Nothing comes of it, but annoying.

68′ Goal: TFC nearly score, but Ricketts shot hits the post. Ball comes back in and Altidore heads it in. #Altitts #Hey

71′ Sub: Mancosu off, Drogba on. Drogba looks around, taking it all in as if to say, ‘oh yeah, I want this’. Not encouraging.

73′ Goal Ball comes to Altidore in the box, he clumsily somehow manages to not get a foul called against him, finds Ricketts, who lays it back to Bradley who passes it inside the post, and it’s now advantage TFC.

75′ Ricketts gets a shot off and it’s saved.

80′ Ball played into the box for Altidore, who turns, gets a shot off, just wide of the post and into the side netting.

81′ Sub: Camara off, injured after that challenge from Altidore. Toia on.

86′ Morrow gets forward and tries to win a foul, and he gets one. free kick about 30 yards out. Giovinco lets someone else take it. I kid, of course he didn’t (pssst this is the sort of thing Italy coach guy was talking about, would he be allowed to just automatically take everything with Italy? nope. Different mentality.) Not sure what he was going for but he got it horribly wrong and it curved away horribly high and wide. I did NOT predict that one.

89′ Drogba gets a half chance but pulls his shot wide.

90′ Drogba gets the ball about 35 yards out and tries a pretty preposterous shot and it goes harmlessly wide. That’s why you’re on the bench Didier.

Full time: Impact 3, TFC 2.  ‘Oh ho ho, we have fooled you,  you thought TFC were going back to their old comedy roots and this was another embarrasing defeat to Montreal. See the camera over there? haw hee haw’. Well played TFC, I certainly fell for that one.

Man of the Match : There’s a bunch of players who played well after the 2 subs came on, and things got reshuffled, but most of them had also played pretty poorly, or anonymously before those subs, so instead I’ll go with one of the subs cos they had the good play without the earlier suck. Tosaint Ricketts, c’mon down. Looked lively, caused problems, had a big hand in both goals.

Goat of the Game : Bunch of players who were kind of crap before the subs, but most of them did much better after the reshuffle, so I’ll go with one of the subbees. Armando Cooper, c’mon down. Had the odd ok moment, but plenty of crap as well, quite a bit of concacaffy rolling around and a lot of ineffectiveness really.  And that hair. woof.

Ref Rating : 4 out of 5. No complaints really in a surprisingly not bad tempered game. He’ll be a bit embarrassed though to not have called a foul and a yellow when Cabrera flicked the ball up and juggled it up so he could head it back to Bush so it wouldn’t be a backpass. Very clearly that’s a rule he doesn’t know. A minor quibble really, unless Cabrera might be suspended, was he on a yellow? Looking back, no, no he wasn’t. bah.

Oh, also, maybe a slightly less tight shirt would be a good idea next time. Or black, i hear that’s slimming.

I Am Not The Gaffer, But… :  Can’t argue with the unchanged lineup, calling Dominic Oduro’s bluff. It didn’t start well in either half, but adjustments were made and TFC certainly looked better after the adjustments in both halves so I’d guess that equals out to a passing grade, a B- perhaps.  Will be interesting to see what moves both coaches make for the return leg.

In Case You PVR’d It : Watch it all, including the pre game painting nonsense.

Well, I’d have taken 3-2 before the game started, never mind at 3-0 down, so right now I’m quite happy. Montreal seemed to have TFC’s number early on, with Bernier further forward than expected and in the spot where Bradley should have been but often wasn’t, which made the defence have to guess a bit more and that led to problems, though who’d have guessed Oduro would actually finish a chance off.

Wasn’t just at the back either, up front TFC had very little going on at first, partly due to Montreal sitting back so much and their central midfielders helping out the centre backs and giving Altidore and Giovinco no room. They both looked frustrated and ineffective for a long time. After the subs, with Ricketts on there as well, all of a sudden the numbers evened up a bit and they got more of the ball and looked more interested, Altidore specifically started throwing his weight around a lot more, whereas Giovinco was dropping back to get more of the ball and things started working.

All in all, Montreal’s lead could have been bigger, but by the end of the game, TFC could have easily tied it up. They’ll definitely be happier and I’d say TFC are the clear favourites going into the 2nd leg. Only one goal behind, no need for a crazy attacking effort that would give Montreal too much room to counter, it should be a hell of a game, I’m already looking forward to it.