Posted By Duncan Fletcher on May 16, 2015 in Match Previews & Reports, Uncategorized | 8 comments 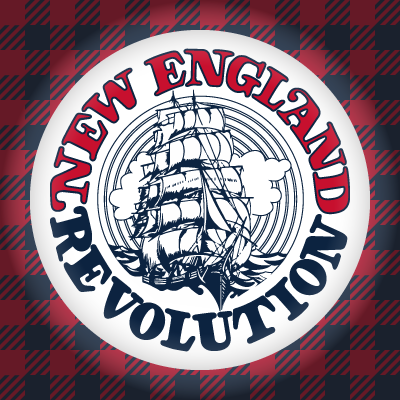 Your regular South Couch updater Mark is absent so Duncan again takes the reins from his East Side Couch:

Alright then, that glow from those 2 wins wore off pretty quickly didn’t it? Passively sitting back and letting Altidore and Giovinco do their thing isn’t going to win us every game? Who knew? Will Greg Vanney stick with that or move on to another page of his textbook for this one? You don’t want to give the Tea-terrorists a lot of possession, they’re much better than Orlando and Philadelphia, but at the same time you really don’t want to give Charlie Davies, Juan Agudelo and Teal Bunbury a lot of room to be running into, so exactly how Vanney approaches this will be interesting to see.

I’m not expecting much here, just don’t get hammered and as mentioned in Kristin’s preview, avoid injuries and the wrath of card happy Sorin Stoica and that will probably qualify as good enough. Playing the first team midweek has imbued with me with a bit of goodwill towards them for this match.

Sticking with Warner in midfield? Alright then, I’ll lazily presume the same formation as the home game against Montreal, Cheyrou as the DM and Bradley as the AM in a diamond formation.  I’m good with that, it’s not like Findley was contributing much in attack so may as well go with someone who can contribute more defensively. Talking of Findley, he doesn’t even make the bench, but Jay Chapman does, which is good to see.

Anyway, pessimism and beer in hand, it’s on to the match.

-20 something’ – Chad Barrett scores for Seattle against Vancouver. that’s made my night. Seriously, I’m grinning like I rarely do right now. Good for him.

-1′ – Gerry Dobson calling this turf the best artificial turf in the league. So there’s that.

1′ – Morgan and Morrow both getting very forward when TFC have a bit of possession early.  So not a conservative game then. OK. Midfield looks the same as Wednesday night, Cheyrou behind the other 3.

3′ – Revs Free kick is cleared from the box, but a shot from outside the box from Goncalves hits the post.

4′ – Osorio and Giovinco set up a chance for Bradley but a very weak shot causes no problems for Shuttleworth.  There’s goals in this one.

6′ – Giovinco played in behind the defence by Perquis. Doesn’t control it too well, but still gets a shot off that hits the post.  Like I said, there’s goals in this one.

11′ – Bit of a lull, both teams still going for it but nothing really happening, meanwhile in Vancouver Chad Barrett has scored again.

14′ – Agudelo played behind the defence, but Hagglund keeps up with him and gets the tackle in, concedes the corner. Dangerous.

18′ – Bradley plays Altidore in. Tight angle so he crosses, but Giovinco just can’t get to it.

Altidore’s now hurt, signalling to be subbed off. Getting treatment on his groin. Fuck.

21′ – Sub Jozy Altidore off. Luke Moore on.  Why can’t we have nice things? Pretty much exact same spot on the pitch where Koevermans got hurt back in 2012.

25′ – Davies makes Nick Hagglund look silly, then gets off a shot from just outside the box to the far post. Konopka dive full length and stop.

29′ – Warner clumsily loses the ball in midfield, Agudelo tries a shot from about 40 yards, floats just over the bar.

32′ – Goal: New England keep the ball for a long time on their right wing, pulling Osorio and Morgan this way and that as Bradley watches rather than helps them out, eventually they put a cross in and Agudelo beats Morrow and heads it past Konopka.

38′ – (could have happened a whole back to be honest, I only just noticed it now though) Giovinco now on the right side of the attack rather than the left after not being particularly effective so far.

42′ – Giovinco, back on the left side gets a shot off, saved easily enough, Moore De Guzman’s the follow up over the bar.

Half Time Mood Dispirited, An encouragingly energetic start fizzled out as the half went on, after Altidore went off. 1-0 about right really, the Altidore injury is the big thing here.

47′ – Some nice passing from Bradley and Osorio gets Giovinco a shot from the top of the box. Hits it hard but too close to Shuttleworth.

48′ – Luke Moore tries a shot from about 25 yards, weak, right at Shuttleworth, move along, nothing to see here.

49′ Almost another chance there, but a cross is hit too far, then the ball comes back to Moore who can’t get a shot off.  Good start to the second half here.

50′ – Back the other way, some chaotic defending sees Nguyen get a shot off from in close. Konopka block.  From the corner to the far post, a header gets blocked by Warner. From the next corner, a free header about 6 yards out, headed down into the ground and towards the far post. Good header, but Konopka dives to palm it up and away. TFC break but nothing comes of it. Everything is happening!

53′ – Goal – Bradley goes on a dribble, somehow the ball stays close to him through a couple of challenges and from just inside the box, he hits it just inside the far post. Very nice.

55′ – Down the other end, Agudelo runs at Perquis in the box. Perquis waves him right by rather than challenge and risk the penalty, shot from narrow angle saved by Konopka.

56′   Bradley shot after again running at the defence, saved, but Luke Moore hits home the rebound. But no, offside as Moore couldn’t judge his run right, correct call. Still 1-1.

58′ – This game won’t calm down, Hagglund with a block from a shot in close after another cross.

60′ – Perquis only just interepts a ball in midfield, and then runs forward, passes the ball off, but keeps running forward into the box. Cross comes in and just over his head.

This is hectic hectic stuff. Given almost all this team played on Wednesday, how long can they keep it up?

66′ – Giovinco gets a break, runs from the halfway line. Luke Moore does a terrible job of finding space, Giovinco hits it from outside box, right at Shuttleworth.

70′ – Game slowing down a bit now, most of the pressure now being applied by New England, similar to the first half really.

76′ – A weak header back almost sets Giovinco in, but Shuttleworth dived at it Superman style and got there first to punch it out.

78′ – Bunbury knocks Bradley down, no whistle, but Bradley then picks the ball up as if a foul was called, and Stoica then calls the foul.   Midfielder, Coach, GM, Referee, is there anything Bradley can’t do?

81′ – Davies released, but Perquis stays with him amid many twists and turns and blocks the shot, nice job.

85′ – Dorman played through, Konopka come out and block shot.

86′ – Hagglund messes up spectacularly on a simple ball forward, leaving Bunbury running at the defence. Ball eventually comes to Nguyen whose shot just goes wide of the far post.

Man of the Match : Konopka save ball! Konopka carry team!

Goat of the Game : Luke Moore offered nothing up front.

Ref Rating : 3/5 Not as bad as I expected, a bit fussy at times but nothing outrageous, though the game wasn’t a chippy one that tested him.

I Know I’m Not The Gaffer But… :  I wouldn’t have worn that Miami Vice shirt and blazer combo. Aside from that though, can’t complain. Went with the diamond in midfield, which worked quite well and certainly went at New England and caused them problems. Is this the formation and balance we’ve been looking for? Too early to say, but that was a lot better than I expected. Yes, Konopka had to make a lot of saves, but the Revs are a good team so there’s no shame in that.

In Case You PVR’d It : Absolutely watch the first 25 minutes or so of each half, breathless stuff. In fact, what the hell, watch the whole game.

Well that went a lot better than I thought it would. Vanney set them up to go for it and that’s what they did and got some good chances, without giving up the numerous counter attacks we’ve seen other times we’ve gone for it….Lost momentum in the first after Altidore went off, but then came right back at them for the 2nd. Seemed to tire in the last 20 minutes or so but I’m in no way going to complain about them playing the first team against Montreal…..Bradley took the game over for a while there in the second half repeatedly running at the Revs defence…..Hagglund generally played well, but with one or two terrifying moments, Perquis did well in defence as well…..Once again a goal conceded from a cross, and it could have happened a few other times as well. A bit disconcerting, but hopefully if Bloom comes back and Morrow goes to his usual side, that’ll help with that…..Boston’s Portuguese announcer certainly has an interesting way of calling a goal….Yes, it was only a draw, but that’s a good result here, have some fireworks, you earned them today. I need a rest