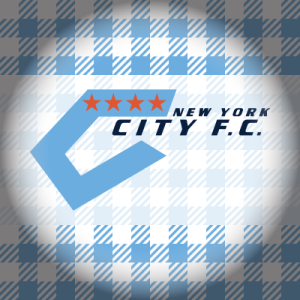 Toronto heroically dispatches Philadelphia which resulted in, what has to be reiterated, on helluva celebration. New York’s road form hasn’t been that strong, as they are 1-2-4 in their last 7 away matches, so that’s a plus.  I’m quietly optimistic for an even louder celebration…

31’ – YELLOW – Cooper gets booked for something

83’ – SUB – Osorio for Ricketts, and the marketing department sits a little closer to the edge of their seats #ALTITTS *hey*

84’ – GOAL – Ball comes into the 6 yard box from Giovinco, off Morrow, falls to Ricketts and he takes takes a swipe at it but it falls to Altidore and he pops it in. The villagers rejoice. #ALTITTS *hey*
ROBINS 1, SOCCER YANKEES 0

90+2’ – GOAL – Hagglund floats a ball and just out the reach of Delgado, but Ricketts gets on the end of a close quarters ball, first shot stopped by the keeper, but from his butt gets lucky and pops it in.
ROBINS 2, SOCCER YANKEES 0

Man of the Match : Bradley was everywhere, mugging attackers.

Goat of the Game : no one

Ref Rating : 2 out of 5. Petrescu was questionable for many calls, more lenient to New York, especially David Villa. New York did end up with

I Am Not The Gaffer, But… : Ricketts earlier. Only because of marketing

In Case You PVR’d It : the good stuff really starts the last 15 minutes of the game. The second half is better than the first, but the match isn’t unwatchable

As someone who is riding this playoff adventure as bonus time, I am trying to expect very little from it, but so far, it’s been great. There’s been genuine optimism in the stands and on the pitch and it’s happening at the right time.

And tonight, everyone was stepping up. Hagglund had a very solid performance covering the gaps at the back, and helping nullifying Villa’s contributions. Osorio had two opportunities to one-time it but it didn’t work out. Stay the course son. You’re doing very well.

It was cold. Very cold. And I did not, nor could not, write the minutia of the match. But once that first goal went in, I, like many people, felt great. The roof lifted on that ball bulging the back of the net. So good.  My shoulders felt lighter.  It was an emotional eruption. Even the missus was digging it.

I’m very optimistic that Toronto can steal this tie and move on, but until that is firm, it’s been a fantastic ride.