Backup-tastic. TFC to test out their depth against New York Red Bulls. 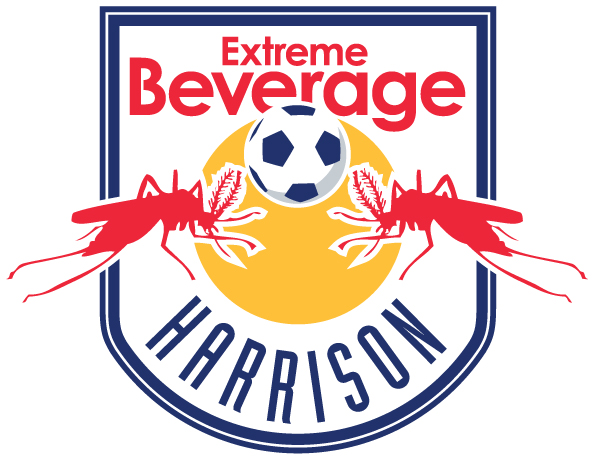 After now having been able to sorta kinda more or less watch our glorious Reds in action twice, I’m struggling to think of something really nice to say, as the play has seemed as disjointed as the streams have been. It looks like football, you can see what they’re trying to do, but it’s just not quite come together right has it? Everything’s just a little bit too slow and unfamiliar so far, there’s a sharpness lacking, and to be fair that’s the whole point of preseason, to develop the fitness and more importantly develop the understanding between players that will lead to the current ‘plodding and predictable’ becoming dangerous and dynamic.

The basic idea, the 4-2-3-1, with Michael Bradley and Benoit Cheyrou at the back of the midfield and 3 more attacking midfielders behind Jozy Altidore certainly isn’t  a bad one. Given a bit of time and players learning each other’s tendencies, the ball should be getting forward to Giovinco quickly enough that he’ll have space to do things rather than being immediately crowded out, so that beating one player will lead to space to shoot or pass rather than merely leading to another player to try and dribble around.  That will lead to Altidore actually getting involved in the game and getting some service, which he certainly hasn’t so far. If those two can occupy the opposition more, that’ll just open up space for the others and good things can only come of that.

Will we get to see the first team take another step towards that understanding tonight? Well, no, so hopefully you skipped those 250 pointless words.  Instead tonight, against the New York Red Bulls in the 3rd group game of this tournament, (IMG something or other, can’t be bothered to look up the full name) that first team will be rested, as Greg Vanney looks to get the starting eleven into a good once a week routine as the start of the season looms.

While it does mean one less chance for the first team to develop itself some chemistry, it will be a good opportunity to test out the depth and see just how the backups, who’ll very much be needed throughout the season, look. There’s a few players who I’d trust to be ok in that backup role, and who may well just be jostling for position, say Luke Moore or Bright Dike as Altidore’s backup. Jackson and Dan Lovitz fighting for the winger/wide midfielder positions, Collen Warner and Warren Creavalle for the backup central midfielder spot.  Then there’s the younger players hoping to prove that they’re more than simply Wunderland AFC fodder for this year, hoping to push themselves into first team contention, the likes of Marky Delgado, Eriq Zavaleta, Jay Chapman, Alex Bono and , sigh, I guess Ashtone Morgan should be in this category as well shouldn’t he? Add in some draft picks still looking to nail down a contract, and given how depth has been a concern in the past (and how hard the idea that this year’s depth is much better then before has been pushed by some) there’s definitely a reason to watch this and see how they do.

As for New Jersey (not trying to be pissy there, just seems the easiest way to distinguish them from their new noisy neighbours) well who knows what kind of lineup they might be putting out, their strongest, weakest or somewhere in between. They have of course lost Thierry Henry and Tim Cahill but have gained Sacha Klejstan and everyone’s favourite former impact player Felipe. Also Jesse Marsch replaced the for some reason fired Mike Petke. I can’t help but think they’re going to struggle this year, and they’re one of the teams TFC really has to be finishing ahead of if playoff hopes are in any way serious. They did beat TFC earlier this pre-season 2-0 while everyone was busy waiting at the airport for Giovinco, Klejstan and Dax McCarty scoring the goals, and they also beat OKCNRGFC at the weekend, which TFC couldn’t do, so maybe I’m way off base with that.

Come on you Threads!

Leave a Reply to no Cancel reply