Home » Analysis & Opinion » Toronto FC vs CD Guadalajara: Can TFC Go Where No MLS Team Has Gone Before?

Toronto FC vs CD Guadalajara: Can TFC Go Where No MLS Team Has Gone Before? 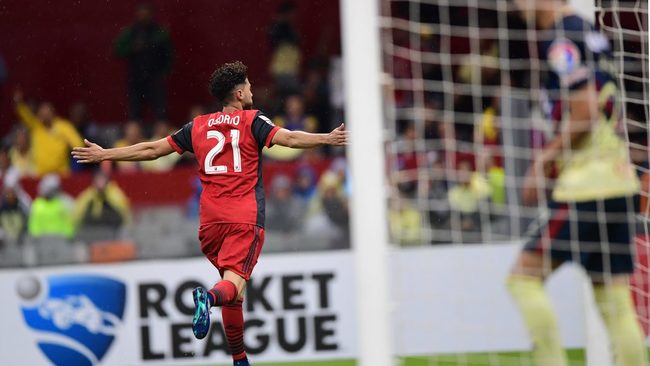 Biggest. Game. Ever.  Biggest series ever?  Either way, these next two games are the most important matches that Toronto FC will play, and that includes the MLS Cup.  I’m not joking, winning the CCL is a bigger deal than winning the Cup; this takes the team out of North American competition to the global stage – that is a huge deal. This is something that TFC (and other MLS clubs) have been fighting for since the beginning – though some have fought harder than others depending on the year… However this year Toronto are all in, even more or less ignoring MLS games (which I’m fine with) in order to climb this mountain.

Of course first they have to get there, and in their way is CD Guadalajara – the team that frustrated the energy drinks, took one shot in the last leg, and still advanced. While many are calling TFC the favourites in this tie, Chivas MEX play the type of game that has worked against the Reds on more than one occasion; they sit back, frustrate the other team defensively and are quick to press and capitalize on mistakes. There is a bit of good news, Chivas’s starting keeper Rodolfo Cota will not be playing this evening, Cota was instrumental in the game against the Red Bulls and his absence can only help Toronto.

As for TFC’s lineup, well it’s hard to say who’s going to be out there if you’re hoping to see some of the injured players – expect Jozy Altidore to play regardless of the condition of his ankle – as for the others? Well none of them (except Van Der Wiel) have played a competitive match in weeks, and like I said last week sticking with the XI that got you here. It may not be the team that you’d field as the first choice XI, but they’ve done very little in which you can find fault. If any of Mavinga, Morrow or Vazquez are healthy then name them to the bench, get them some minutes late in the game (or maybe have them play in Houston).

Two things to be wary of tonight (other than the opposing team of course): the weather/condition of the pitch, and the cautions that Bradley, Jozy, Seba, Oso and Moor are carrying. First of all the weather – and please don’t give me the “we’re Canadian, this is nothing” speech, the weather is shit and we all know it. Does it give TFC an ever so slight edge over Chivas? Sure. But this is no one’s preferred playing (or watching) weather. No one’s. And then there’s the pitch; the poor pitch. No seriously, it’s poor. It’s been frozen, torn up, frozen again, remember how it looked two weeks ago, an absolute wreck. This isn’t a knock on the BMO Field grounds crew, they’ve done yeoman’s work trying to keep the field in shape; this is simply a consequence of playing in an uncertain climate.  Speaking of, did everybody pack lots of layers?

Now to the cautions concern; if any one of the mentioned players gets a yellow tonight they’re out for the away leg next week. And we’re not talking the most level headed of players either, so be prepared to hold your breath on every challenge and tackle – as if we weren’t nervous enough!  Tonight is going to be sloppy, windy, cold and nerve wracking, but it’s also (potentially) history in the making, and that’s pretty cool. Staying with my 2-1 for Toronto prediction. Let’s do this.