Toronto FC vs DC United: TFC Need A Strong Effort To Stave Off A Surging DCU Side 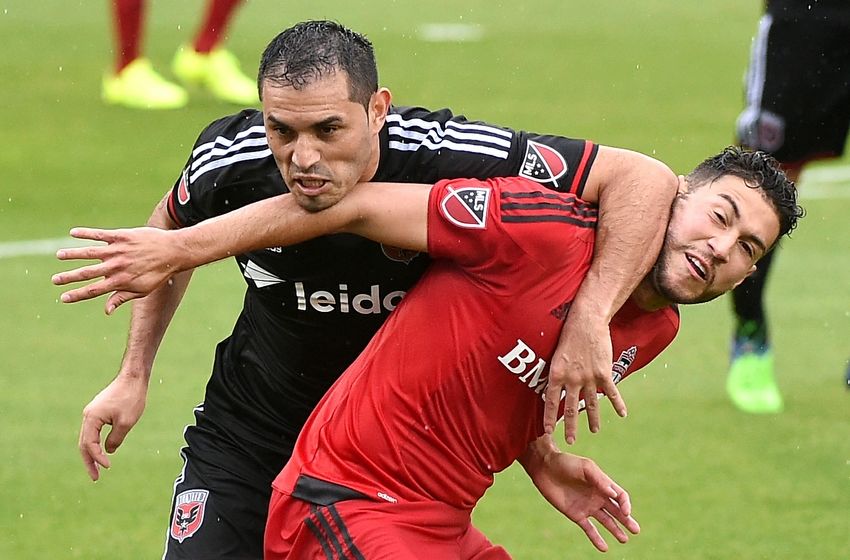 Will today be the same as the last few?  Another draw, more points lost and that coveted home playoff game still not settled?  If this was the DC United of a month ago, then I’d feel more confident in saying no, that TFC would finally get a win during this end of season homestand and solidify that home playoff match. But of course DCU are coming into Toronto on a pretty good run of form having handily won their last two games and putting themselves in the last playoff spot – in fact a win today will confirm their playoff spot, joyous.  Historically DCU has the edge on Toronto for wins, but this season the Reds have won both of the previous matches – albeit with a lot of goals from Seba – both here and at RFK Stadium, so hopefully TFC can make it a clean sweep.

DCU have – until recently – underachieved this season; they were missing top keeper Bill Hamid, hadn’t figured out how to get Luciano Acosta to fit in, had to deal with the loss of Chris Pontius and a backline that had some seriously shaky moments.  But now with Hamid notching his fifth clean sheet of the season, Patrick Mullins coming to life and much stronger defensive efforts…well, look at them coming together at just the right time.

It seems weird to complain about Toronto being in second place, already in the playoffs and still in contention (only just barely) for the Supporters Shield; but their performance in recent games does give cause for concern – an inability to put away matches at home, a muddled midfield and a depleted forward line.  TFC are still a good – some days very good – team and if all things go according to plan they should not only beat DC United, but secure the home playoff date and finish the regular season on a high note.

TFC are in a bit of a tough place with Tosaint Ricketts suspended after the bicycle kick contact on Wednesday and Sebastian Giovinco still uncertain as he recovers from injury.  The Seba situation is a bit murky; yes they could use his goal scoring prowess today, especially against a team that he’s done very well against – but with a two week break coming surely more rest is better than risking losing him to further injury for the rest of the season.  Jozy Altidore has been doing well and will need to step up and take control in this game.

The other question for today is whether or not Clint Irwin is in net – after getting his first start after returning from injury last weekend, Irwin was replaced by Alex Bono in the midweek match – squad rotation or is Vanney considering going with a rookie keeper down the stretch and into the playoffs?  I feel fairly certain that it will indeed be Irwin we see today and going forward as I find it hard to believe that Vanney would ignore his experience and quality for such important games.

There are generally a lot of goals in the games between TFC and DCU; both teams are fighting for different things right now – DCU for a playoff spot, TFC for a home playoff spot and potentially the Supporters Shield – expect a scrappy affair and potential referee controversies with Mark Geiger in charge.  As mentioned mid-week we had no podcast this week but I’ll go with a wild 3-2 win for Toronto FC.