Toronto FC vs Minnesota United FC: Can TFC Make It Six In A Row? 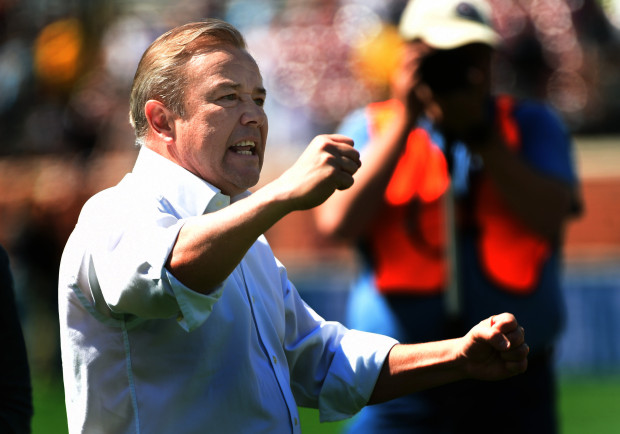 Top of the league ma!  Toronto FC are currently riding high on a (team best) five wins in a row, with two surprising road wins, all within a span of twenty days (four of those wins within thirteen days), while travelling and doing some serious squad rotation – not too shabby eh?  As TFC fans we can be forgiven for still having residual trauma over Toronto’s early years (last year notwithstanding), as well as recognising that it’s only May and that the season is far from over – however a little celebrating and positivity is certainly in order given recent results.  So go on, allow yourself a smile and some warm fuzzy thoughts, and yes you’re allowed to stay cynical too – it’s our way.

Saturday’s match is game four in Toronto’s neverending spate of May fixtures (six in the last twenty-four days), and coming to town are the Loons of Minnesota – Minnesota United FC were this season’s whipping boy early on as they stumbled to even resemble a men’s rec league team through their first few games.  Unfortunately for Toronto, they’ve found some measure of competency of late and most recently beat the Sporks 2-0, so they come to town not only rested (must be nice), but with some confidence on their side.

Other than ex-Reds Sam Cronin and Collen Warner, the Loons have some solid scoring players at their disposal; most notably Christian Ramirez (six goals), with Kevin Molino and Johan Venegas (who did travel with the team) in the mix. Ramirez and Co. have been supported by Miguel Ibarra the last three games as he’s been pulling the strings in the midfield for their attack.  But two or three solid games do not erase their earlier futility and porous defending as they’ve been bled for twenty-five goals against so far this year.  They’ve also yet to win a game on the road (three losses, two draws) which should hopefully bode well for Toronto.

TFC are still in the midst of their crazy month with seemingly a game every other day, which is taking its toll on the squad – yes Wednesday’s win over the Crew was great (OK the last ten minutes were great), but it was evident that the team was looking tired, even with Vanney’s rotating of the squad.  The good thing about that match was that it’s not a ton of travel to get to and from Columbus so that game will have had less of an impact on the team.  They’ll also finally get a bit of a break next week with only one (shocking I know) game to play – everybody gets a nap day! – before going full tilt back into the two a week schedule the week after.

Vanney should have most of his squad available for this match; Drew Moor and Ashtone Morgan are still not with the first team (though look for Ashtone at the TFCII match right after the TFC match), and apparently Jonathan Osorio is out with an illness and will not play at all on Saturday.  On the flip side is the very likely return of Sebastian Giovinco who’s missed the last two games with a heel injury; he took full part in team practise on Friday and is expected to start – whee!  Actually having Seba back is good not just because he’s our best player, but so that Jozy has a partner up top – while he did a ton of work in the win against Seattle, he looked noticeably tired (as did much of the team) in the match against the Crew and definitely could have used someone else to help shoulder the work.

Since it’s a home game I expect that Vanney will go back to the 3-5-2 (sorry Bill I meant 5-3-2) back after so-so results with the 5-2-3-1/4-4-2/? that he utilized in the two road games.  Kudos to Greg for adjusting on the fly to get the best out of the players on the pitch in those games but clearly that single striker set up is only going to work in short spurts.  Who starts you ask?  Well that is the million dollar question isn’t it?  There’s a toss up between Alex Bono and Clint Irwin,  most of the defenders are available as are the majority of the midfielders – the only change I’d really like to see Vanney make, is to give Jozy a break from starting.  Jozy’s done well as a super sub in the past and after those last two games I think a rest isn’t uncalled for.   Here’s my guess – though Jay Chapman could easily be in the XI as could Jason Hernandez or Chris Mavinga:

If Ricketts starts then I’d hope to see Jordan Hamilton on the bench as a sub, along with Benoit Cheyrou to come into the midfield if needed – he’s been fantastic the past two games and was a big reason (along with Edwards and Ricketts) that TFC won on Wednesday night.  Toronto need to stay sharp through the midfield and the defenders need to be really solid on man marking in the this one.  As it’s a home game they’ll be back to their attacking style anchored by those lovely passes from Vazquez.  I honestly can’t remember my podcast prediction for this game, though I’m sure I went with a win so I’ll say 3-1 for the Reds.