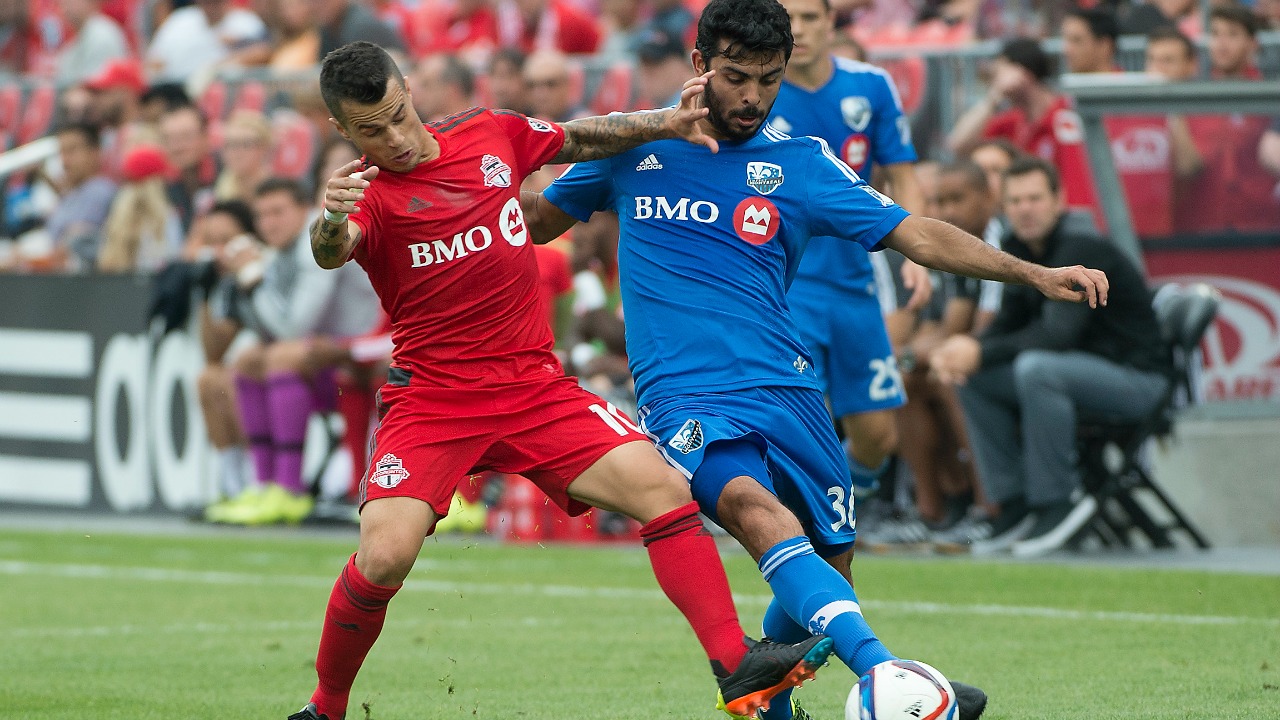 Two games left. Two points out of first.  A sub-par homestand over and a tiny, goal-scoring machine finally back to fitness.  So of course it means a game on the road against Montreal to try to stay in the race for one of the top spots and a first round bye.  It’s hard not to look back at last year’s disastrous end to the season (and playoffs) as TFC lost not once, but twice to the Cheesemakers in the space of five days.  A very disappointing end to a season that showcased one of the best players in the league (the MVP and Golden Boot winner) in Sebastian Giovinco.

And now here we are, (almost) at the end of TFC’s tenth season – a season in which they’ve improved dramatically on the defensive side (second best GA in the league), secured their first ever home playoff game, had one of the best road records in the league and have seen growth and development from the team’s younger players.  So what’s to complain about?  Why worry about their performance this afternoon?  Worry is part of any supporter’s psyche and regardless of the year, fans of Toronto FC have earned the right to be anxious.  Their recent form certainly adds to that worry after they only notched three points out of a possible twelve in their most recent homestand – three draws and a loss that included being shut out by Orlando City SC and losing to eastern conference rival DC United.

Of course today’s game heralds the return of Sebastian Giovinco – a difference maker that has been sorely missed by the Reds over the past couple of months.  His ability to score goals is what springs to mind first, but you can’t discount how he draws oppositions defenders to him and he’s been known to thread a nice pass on occasion.  Whether or not he starts (I think he will) is a big question, but the more important is whether his presence in TFC’s last two regular season games can make enough of a difference for Toronto to move up the standings and escape the need for a play-in game.

Playing Montreal – while worrisome in a PTSD type of way – is rather fitting (and not at all orchestrated by MLS schedule makers) as it does offer the opportunity for some season ending redemption.  They’re also the games that both teams get the most ‘up’ for – there’s a long history between the two clubs, as well as between the two cities being a long standing rivalry.  So going up against the cheesemakers in a decisive game?  Very fitting and honestly most of us wouldn’t have it any other way.

It’s going to be a scrappy game, it always is when these two teams meet.  Expect both coaches to field their strongest Starting XI and for the players to go all out.  With every game in the Eastern Conference kicking off at three you can bet that the coaching staffs will be anxiously checking the other scores to see what the top 2 teams (pizza rats and energy drinks) are doing in their respective games.  Here we go everyone, it’s likely going to be a wild one.  Think I’m still sticking with my podcast prediction of 1-1 – though of course I want them to win – wouldn’t a two-legged playoff round be nice?  Come on you Reds, let’s do this – please?