Posted By Kristin Knowles on May 16, 2015 in Match Previews & Reports, Uncategorized | 5 comments 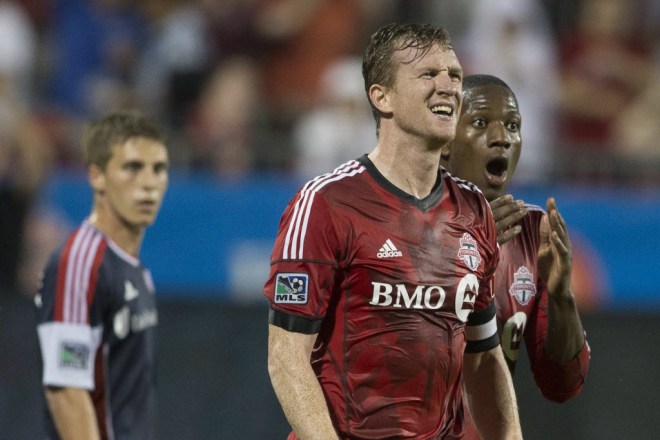 When is a win a loss?  When it’s Toronto FC of course.  After not going for it in the first leg of their Voyageurs Cup tilt against the Montreal Impact last week, TFC put out a strong team on Wednesday night that brought them close to advancing; close but not close enough.  While an impressive performance from Jozy Altidore and Sebastian Giovinco, this wasn’t the dominating performance that was hoped for against a weaker side, especially when the defense switched off allowing the Impact to get the goal that allowed them to go ahead on aggregate. Fun.

So what’s next on the agenda to help get the team back on track?  Why a trip to foxy Foxborough to play one of the best teams in the league. Yes it’s time to face the tea terrorists themselves, the New England Revolution (7:30pm, SN360); the team that shall live on in TFC infamy as the tenants of the ground that ruined Danny Koevermans career. Yes, we’re still bitter, no we won’t let it go; so there.

This game is a scary one to contemplate – Toronto haven’t been looking like a team that’s all that confident or cohesive for long stretches so far this season and that includes the game on Wednesday.  While yes those were some nice goals and a far better performance that the listless one in the home opener; it was by no means a performance to look to at and say that’s a team that is getting their act together.  Especially against an Impact team that are quite frankly not that good this season and yet still were let back into the game.

Of course letting teams back into the game is just what TFC have done this year whenever they’ve tried to play the more pro active attacking game Greg Vanney clearly wants. Whether that’s merely due to individual mistakes or a system that asks too much of the defenders and doesn’t  really provide the cover for the mistakes that will inevitably happen to any team is up for debate. Vanney would certainly argue the former, but the results when the system was switched to a much more conservative 4-4-2, two clean sheets and two wins away from home speak for themselves. It certainly didn’t work at home against Houston, but will that be tried again back on the road?

The obvious answer is yes, yes it should. What particularly killed TFC in the early few games was secondary attackers with a lot of speed getting behind the defence on the break, Kekuta Manneh, David Accam, Fabian Castillo. Teal Bunbury and Juan Agudelo, the Revs’ wide attackers behind Charlie Davies would absolutely love to be given similar opportunities to run at whichever poor centre backs TFC put out today.

The problem is though that New England can hurt you in many ways. If TFC sits back and happily cedes the possession battle like they did in Philadelphia, they can certainly use that as well, whether Kelyn Rowe or Lee Nguyen gets the start as the attacking midfielder. Behind them, Scott Caldwell has been racking up the goals and assists as well over the last few games. If Jose Goncalves is fit enough to start in central defence, then there’ll also be Jermaine Jones to worry about in midfield. The strength in depth they have , and the success it’s bringing them over this season and last is a very eloquent repudiation of TFC’s squad building efforts.  I haven’t even mentioned everyone’s favourite curse word Diego Fagundez, he’s been stuck on the bench pretty much all season. For TFC defensively, there’s no obvious answer, it’s very much pick your poison and hope for the best.

Those efforts are of course built around star players, and if TFC are going to get anything from this, they’ll need Sebastian Giovinco and Jozy Altidore to play as impressively as they did on Wednesday night. Houston did a very good job of stopping Giovinco from getting involved in the game and given the double pivot of Caldwell and Andy Dorman that the Revolution generally employ it’ll be tough for him to get the ball again if TFC do again go ultra defensive.

Behind them is where the real questions for TFC are tactically speaking, and in terms of personnel. Did Collen Warner do enough to keep his place? Perhaps having a more defensive minded player out wide, rather than Robbie Findley, is a way to allow Vanney to play his preferred more attacking style without repeatedly leaving the defence to fend for themselves, a way to find the balance that so far’s eluded the team on a consistent basis.

Defensively, I’d expect to see the usual back 4, Nick Hagglund returning ahead of Eriq Zavaleta, not that the nifty nephew did anything wrong on Wednesday. Mark Bloom is apparently now back and ready to play, but given how Ashtone Morgan and Justin Morrow have done over the last few games, there’s no need to rush Bloom back in, especially at Gillette Stadium. It seems likely that Chris Konopka will continue ahead of Joe Bendik and this should be his biggest test after 4 games against some less that high octane attacks.

There’s not a lot of reason for optimism in this one, The revs haven’t lost in 8 games, haven’t lost in 15 home games, haven’t lost to TFC since Matias Laba celebrated like someone who never scores goals, have only conceded 2 goals at home so far this season and so on and so forth. There’s little in TFC’s season so far to suggest that all that will change this evening, it’s probably best to not focus too much on the result here, look for small positives that can be built on in the future instead. If we can get something there, come away with no injuries and avoid having anyone sent off by Sorin Stoica, well that would probably a good result really. 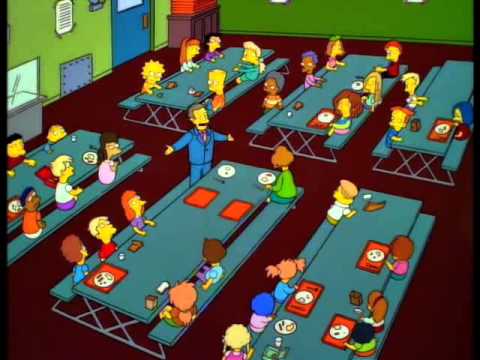