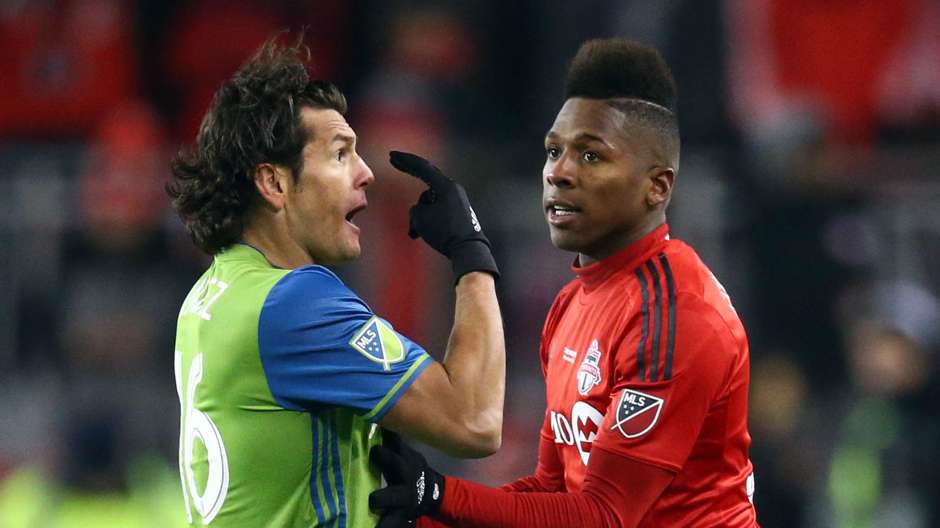 Three game homestand, three wins, nine points – really this homestand (their longest of the season) couldn’t have gone much better for Toronto FC.  Admittedly Wednesday night’s game against Orlando wasn’t the prettiest or the most dominant; but unlike TFC of old (or even of earlier this season), they held on and closed out the game to preserve the win – I’ll take it.  As their busy month of May continues, TFC have to do a quick turnaround and focus on Saturday afternoon’s match against the sounding enthusiasts from Seattle.   Yes, them – the team that we’ve all sworn revenge against, right?

The revenge angle for this game is more a marketing ploy from MLS; even Ken seeking revenge against Otto in ‘A Fish Called Wanda’ had more fire behind it.  Sure, Toronto want to win this game – just like they want to win every game – and there’s likely a bit of extra oomph to the players that travelled to Seattle, but this isn’t that kind of game.  This isn’t beating Montreal 7-5 to erase the debacle that was the end of 2015; this is we’ll be delighted to win (or take a point), but unless both teams just line up to take kicks and forgo playing the actual game, then this isn’t a rematch of the MLS Cup Final from that frozen night in December.

Instead this is a the sole time that these two teams will meet in the regular season; a game against a Western Conference team, on turf, on short rest that you hope to take a point away.  Think I’m in denial?  Coach Greg Vanney is obviously of a similar mind as he left Sebastian Giovinco, Victor Vazquez, Steven Beitashour and Eriq Zavaleta back in Toronto, choosing to rest some of his core players, as well as not risk them on the turf of CenturyLink Field.

So this does give rise to the question: who does Greg Vanney start?  Drew Moor is still out for at least another week, Chris Mavinga is available (or at least was subs bench available on Wednesday), Jason Hernandez is still out – so who lines up at the back?  Or in the midfield or up top?  This is my best guess (maybe Armando Cooper over Oso):

The back is a bit of toss up but Justin Morrow has proven that he can play just about anywhere at the back and if Mavinga’s going to play it’s likely better to keep him on the left where he’ll be more comfortable.  The RB slot continues to be a question mark as TFC have no natural replacement for Beitashour – I put Endoh back there instead of Marky given he’ll have Morrow next to him and the recent success of Marky in the midfield.  It’ll be interesting to be sure – but also, we have to look ahead to the rest of this busy month and beyond with the Gold Cup and so on depleting Toronto’s usual starting XI.

On the unfortunate side is that Seattle doesn’t appear to have any major absences (Chad Marshall and Brad Evans are both carrying knocks) – the rest of the team are all in good health and such so there aren’t many holes for Toronto to exploit.  Seattle are undefeated at home so far (one win, two draws), and after being embarrassed for three quarters of a game last weekend, they came back and scored three goals to tie the game.  Who to watch in this one?  I say Will Bruin over Dempsey, Lodeiro or Morris – since his return from injury he’s scored two goals and has been very lively in front of the net – plus I still have PTSD from all those goals he scored against Toronto when he was with Houston.

I don’t think this one is going to be a goal fest (which means it probably is), and even though Toronto are going to be fielding a very different starting XI I’ll stick with my podcast prediction of 1-1.