Home » Analysis & Opinion » Toronto FC vs Vancouver Whitecaps: Or, The Reds vs The Raindrops

Toronto FC vs Vancouver Whitecaps: Or, The Reds vs The Raindrops 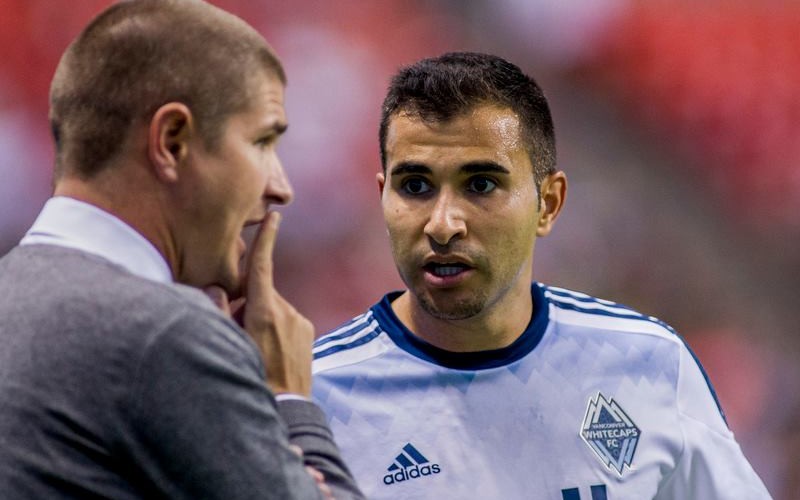 Week 3 of the new MLS season brings Toronto FC all the way out to Vancouver for their lone meeting (Voyageurs Cup notwithstanding), of the regular season.   Both teams have had quiet starts to the season; TFC with two draws (that had the potential to be wins), and the Whitecaps with a difficult loss to the Earthquakes (in which David Ousted was, well, ousted), followed up by a 2-0 loss to Tigres in the CCL. Both teams are off with a bye week during the international break next week and are looking to put together a strong performance before taking two weeks off.

The games between the Canadian clubs in MLS always have a little bit of extra emotion surrounding them; whether the players will admit it or not.  The inherent rivalry between the cities – be it social, municipal or sport-based – always adds another layer of friction during these games, if not outright hostility.  And that’s just between the fans!  Being this is the first all Canadian team of the season it’s being broadcast on CTV – I KNOW! – one of the feature games that CTV are doing this year.  We can only hope that this gets some extras eyes on the game and does indeed work to raise the profile of not just the Canadian teams here in Canada, but soccer as well.  So hurray (or something).

Both teams are missing key players for this match; TFC are without Sebastian Giovinco who’s nursing his leg injury from last week/being kept off of turf/*insert reason here, and Vancouver are without their starting keeper David Ousted due to the red card he received last weekend.  Toronto also don’t have the services of Benoit Cheyrou at the moment as he’s in France working on his coaching badges, and both Victor Vazquez and Steven Beitashour are doubtful.  Beita due to still being under concussion protocol and Vazquez because of a knee injection/playing on turf – of course we’ll probably see the Starting XI tomorrow and I’ll be proven wrong.

What Seba’s absence (and possible other absences) means is that Greg Vanney will have to change things up top – and perhaps other places in the XI – sooner than he will have wanted.  If Vazquez doesn’t play (or start), presumably Jonathan Osorio will start, and then at the back?  I’m doubtful that we’ll see Tsubasa Endoh at right-back again – is this perhaps the game that Chris Mavinga starts?  Or will we see the newest Red, Johan Brunell?  Brunell is doubtful, but Mavinga seems a possibility – maybe shift him out to the outside and put Justin Morrow on the right?  Because Nick Hagglund and his new contract are unlikely to sit, and Vanney hasn’t yet (yes I know it’s only been two games) a desire to shift around the formation from the 3-5-2.  There’s a world of possibility, which honestly is a good thing – no really, it’s good to be able to have players that you can put in during injuries (or international absences), in fact it’s one of the most important aspects of a successful team.

I’ve not yet touched on the kind of exciting part of  Saturday’s game and probable lineup – Tosaint Ricketts will be starting! – probably.  We’ve seen a lot of Ricketts as a super-sub since he joined Toronto FC, and there’s rarely been a game in which his energy and presence hasn’t meant good things for TFC. Having him start will give the Reds a different look; they’ll have someone other than Jozy Altidore to send crosses in to, which will mean the defense will have to pay extra attention, as well the Whitecaps will have to watch out for speed and his ability in close to the net.  Personally I’m excited to see him with the start and see how the team works through some different players – they’ll need a certain comfort level with different set-ups come May.

Toronto are heading into Vancouver at a good time – not only do they not have to deal with one of the better keepers in the league in David Ousted, but the team played an intense match against Tigres on Tuesday night in the first leg of their CCL semi-final.  Carl Robinson used a strong lineup so hopefully they’re a bit worn out.  Not to say that they are without problems for TFC, Robbo still has ex-Red Matias Laba (SIGH), in the midfield to break things up, young wunderkind Alphonso Davies continues to play beyond his years, and Brek Shea will surely do something annoying at some point.

I’m calling this game as Toronto’s first win of the season – not just because Ousted isn’t playing – but because I think TFC are the better team in this situation, they’re better rested, I think they’ve got more balance in their squad, they don’t have a weather excuse or hindrance, and the turf is something that they’ll adjust to.  Sticking with my podcast prediction of a 3-1 win for Toronto – as long as TFC stay solid at the back and don’t allow the Whitecaps speed to throw them off they should be able to take this one.