Posted By Duncan Fletcher on Dec 16, 2015 in News, Uncategorized | 2 comments 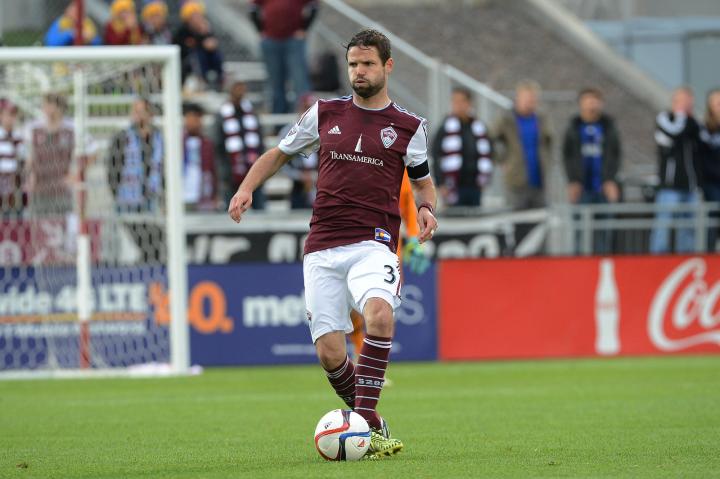 Finally. It’s something that had been rumoured as a possibility for a while now, and actually reported as a fact by John Molinaro 4 days ago, and now whatever holdups there were are out of the way and TFC’s first new signing is official. Drew Moor, formerly of Colorado, signed as a free agent. Add that to the re-signing of Justin Morrow, and not renewing the option for Robbie Findley and TFC are making a strong start in their push for an unprecedented 3rd straight off season championship trophy.

The first two of course were all about the flashy foreign sizzle, Defoe Bradley and Gilberto (oooooh!) Giovinco and Altidore, and hey they totally fixed the defence too, there’s this guy from France, he’s a Polish international! (aaaaahh!). They were also quickly proven laughable assertions as other clubs were shown to have done much better jobs of building teams, though we did at least finally figure out just how much you have to spend on your dp’s to overcome TFC’s special chaos enough to squeak into the playoffs and horribly flame out.

This time, things are looking a bit different as so far, it’s all about the defence (“yawn” – Tim Leiweke) and the players signed don’t even have any of that impressive foreign ‘pedigree’ to fawn over. They haven’t even booked the BMO Field broom cupboard sized press room, never mind the ACC for this announcement, instead doing a press conference over the phone (how’s that going to be made into a fancy season ticket inducing video?), it’s all as confusing as it is so damn sensible.

If this is evidence of a new, less sizzly, more steaky approach (of course it might just be that they’ve already got all their dp spots taken, so they’ve got no choice but to focus on the humdrum stuff instead, damn you MLS!) under new President Bill Manning, then count me in as a believer. This, as well as the trade for Steven Beitashour which will surely be announced at some point, that was almost a week ago that one got reported, is exactly what I’d hoped for, one of the things that this club very much needed. It could of course all go wrong, there are few guarantees and TFC’s defence is a tough place to play, it’ll take more than one player, but Moor has the experience within MLS and the organisational capabilities to really make a difference. Look at how TFC’s defence improved after Steven Caldwell took over from Darren O’Dea in the middle in 2013 as evidence of what the right person can do.

The bigger issues that contributed to that 58 goals conceded trainwreck of a defence last season are of course still there to be solved. What’s the best way to fit both Jozy Altidore and Sebastian Giovinco in up front? If they are both there, will they do the necessary defensive work to help the team behind them? Where exactly does Michael Bradley play? How does the midfield work around him? Can he be trusted to do what he should, to do what the team needs him to do, and to stick with that so as to help those behind him? Can Greg Vanney be the one to figure that out? Can he be the one to enforce the necessary defensive discipline on his high profile players if issues do crop up?  Those are the real questions that will determine if TFC can bring that goals against total down to below 45 as per Manning’s stated wishes. If those questions aren’t fixed, well we’ll probably see a lot of what we saw last year, many goals, lots of Giovinco highlights and another messy team that lets in a boatload and then we’ll probably get a lot of ‘I thought Moor was supposed to be good and fix things’ comments.

Bolstering the defence like this though is definitely a good place to start, a solid defence can inspire confidence and trust in those ahead of it, the same way a solid midfield can help the defence, and at the very least Moor’s acquisition should help cover up for some of the mistakes, should leave fewer holes for the opposition to exploit, should be more organised against counter attacks.  Terms of course weren’t disclosed but more than likely Moor’s earning over 300k now, probably he’s at the maximum raise he was allowed to get (15% – yay for free agency!) over last year’s salary, but it’s money well spent.

The important thing will be how all the puzzle pieces are put together and how well they work together, but this is a very good piece to have purchased.  Plus, a name with two easy puns. Perfect.