Do They Know It’s Beznisstime? 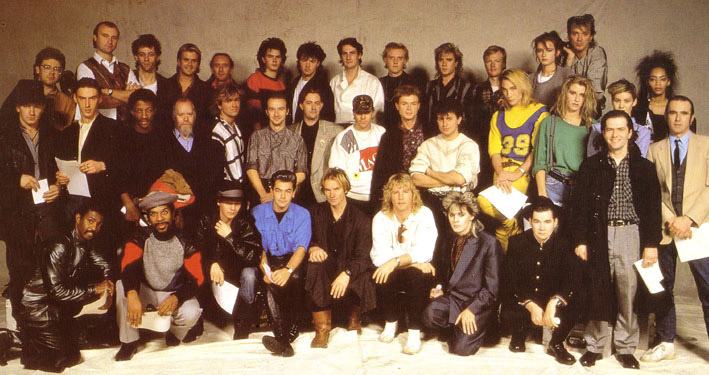 *Editor’s note: Because Kristin had the plague this is up a wee bit late – however, a classic is a classic.  Enjoy!*

It’s almost that most special time of year for TFC fans both young and old. Lists have been made, wishes offered up – all there is left to do is wait and see what presents we may get!

No I’m not talkin’ about Christmas you greedy so-and-so’s – I’m talkin’ transfer window! That’s right you selfish buggers (unless you asked for TFC to sign a guy named Jesus… or possibly Victor Moses) Christmas is just the teaser for the holiday known as Beznisstime! Put out your allocation cookies as the thin yet jolly policy wonk comes down your chimney (Pervs.) and delivers from his big sack of SuperDraft prospects. The football equivalent of coal.

So join us fans in this heart-warming holiday moment. Raise your scarfs up high and in true 1984 Bananarama fashion – sing along with this Beznisstime holiday classic.

(PRESS PLAY AND KARAOKE ALONG – IT’S THE HOLIDAYS!)

It’s Beznisstime; there’s still need to be afraid
At Beznisstime, our depth is light but we made some trades
And at our club of plenty, where we’re desperate for joy
Throw your arms up in the air at Beznisstime

We need more players, that play well with other ones
At Beznisstime
It’s hard, and we’re not having fun
There’s a worldwide transfer window
But allocation’s in a hole
Yeah the defence might look better but no one’s playing goal

And Greg Vanney must just sit there
At the very least til June
Well tonight thank God it’s him instead of you!

And there won’t be Cups at BMO Field this Beznisstime
The greatest gift we’ll get next year are scarves
Oh, where football never flows, now home to The Argos

Will it still be Beznisstime by fall?
Here’s to you, pander beer for ev’ry man
Here’s to them, and their latest five year plan

Will it still be Beznisstime by fall?