Posted By Kristin Knowles on Jan 18, 2016 in News, Uncategorized | 8 comments 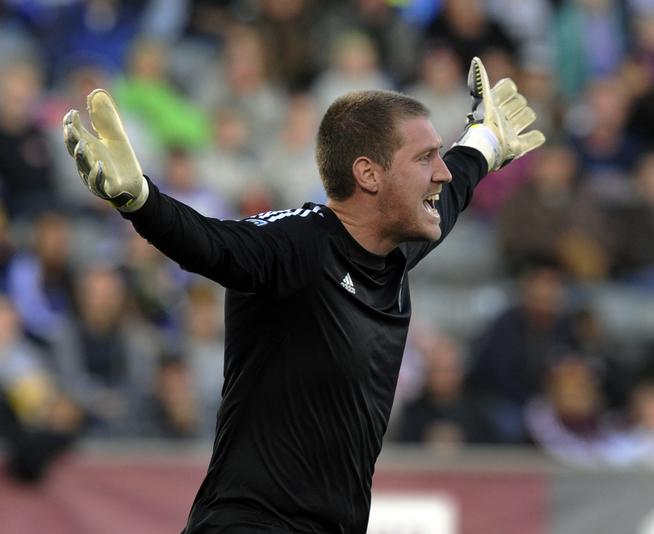 Well this is a pleasant surprise!  Earlier today Toronto FC announced the rather welcome news that not only had they signed a starting keeper, but that it was a keeper with MLS experience!  And a pretty decent one to boot! Did we mention that he’s not on his last legs career wise either?  All positives on this one folks – welcome aboard Clint Irwin!

The former Colorado Rapids player has been acquired through the use of TAM (wham bam, thank-you ma’am); as per usual any other financial details are kept under wraps until the players’ union releases them later on in the season.   However we know that last season he was making $85,000 – quite frankly he’s a bargain; making a bit more than Chris Konopka and significantly less than Joe Bendik.  Even if the team gives him a salary boost this is still a tidy bit of business when looking at the cap and so forth.  Good wonking Bez!

Irwin’s an interesting person and in signing with TFC is returning to his Canadian soccer roots having started his pro career with Capital City FC back in 2010.  For the past three years he’s been the primary keeper for the Rapids – not the most illustrious of clubs the past few years – but Irwin has been more than adequate and in fact has been one of the bright spots in the league and for the Rapids recording 25 clean sheets through 92 appearances.  But one of the things that make him interesting is not his play on the pitch, but his writing!  Back when he was barely eking out an existence in the wilds of Ottawa, he penned this.  Considering he’s coming to one of the richest teams in MLS this is doubly fun – also because TFC have players (poor Mark Bloom) that have also spoken out against wage disparity in professional soccer – should be fun times in the locker room.

Another positive is his familiarity with another of Toronto’s new players – Drew Moor – Moor of course was also signed from Colorado in the off season.  Having your starting keeper and your leading defender (Moor will be marshalling that line) already used to playing together is a huge plus for any team.  But for a defensive nightmare like TFC?  It’s like throwing a drowning man a life preserver.  Toronto lacked any kind of cohesion or familiarity at the back last season so this is a welcome sight.

Not to put too much pressure on our newest Reds, but expectations will be high from the newest configuration of the team’s spine and rightfully so.  These are all MLS professionals (with the exception of Damien Perquis) and now that they will have all of the preseason to acquaint themselves with one another we should see a cohesive unit come March.

There’s really nothing to whinge about with this signing.  It’s what we’ve been asking for and hey, on paper at least they’ve delivered.  Welcome to Toronto Clint!