Posted By Tony Walsh on Oct 9, 2015 in Malarkey, Uncategorized | 0 comments 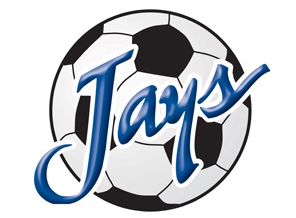 Somewhere between recording 80’s hits like “Ghostbusters” and “I Want a New Drug”, local supergroup “The Bat Boys” found time to pen the megahit “OK Blue Jays”. (CORRECTION: My producer has just been in my ear to tell me The Bat Boys did NOT write “I Want a New Drug” – we await further word on “Ghostbusters”) This song has stood the test of time and sounds as relevant today as it did when Dámaso Garcia set fire to his uniform. Good times.

Toronto is a frustrating place for sports fans. You wait decades for a playoff to arrive and suddenly two come along at once. That’s right, once the local rounders team is finished doing dingers and throwing the strikeout throws, it will be playoff-phobic football club Toronto FC’s turn at a post-season. It’s not likely to be a long affair but we thought that The Bat Boys would be pleased if the Vocal Minority dropped a phat TFC remix on their classic hit.

They are probably off writing the theme song to the new Ghostbusters film so in their absence enjoy this ditty and sing it at BMO Field why don’t you? (Play the video below the lyrics for that drunken SkyDome karaoke vibe!)

You’ve got a diamond,
Formation,
You’ve got a kit, and a ball, and that’s not all.
You got the Oooltras, got ’em from spring ’til fall.
You got a beer, and more beer, and Toledo’s call.
What do you want?
Let’s kick balls!

Is that a crossed ball, or is it a seagull?
Comin’ in teasing Bitchy; She’s asleep all game.
The last ten minutes, The Reds are in it.
Perquis lost his marker, a strike and you got no doubt. (A LOSS!)
What do you want?
Let’s kick balls!

It’s a horrendous evening, fans.
At BMO, when the wind blows.
Early spring freezes, sleet coming down.
It’s all dark, at Our House.
That’s OK, here comes the GO Train.

Press play and sing along!