Thanks for joining us you fiendish fans of fuzzy fightin’ for the latest round of Mascot Hysteria – where football mascots from around the world battle to the plushest of ends.

Coming into this round, the reigning champion – LA Galaxy’s extraterrestrial lothario Cozmo – looked unstoppable but was forced to face one of the most unique of all mascots, Pontevedra CF’s “bone about town” Roelio. What started out as a close fight turned on a dime when Cozmo himself tweeted his support for his femur foe! Meanwhile the general voting public couldn’t resist Roelio’s marrow-filled charm handing him a commanding 70% victory!

With literally no skin in the game, but plenty of density, Roelio will now try to hold on to his title against a new challenger. As always, it’s you the Vocal Minority reader that decides the winner so peruse that plush then vote! Simply put the name of your winner in the comments section below (your reasons for voting are always welcome!) or send the name of your winner to our Twitter account @vocalminorityCA with the hashtag #MascotHysteria 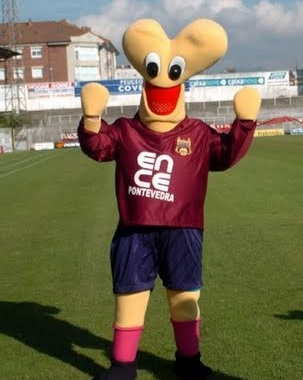 BIOGRAPHY: From the mean streets of the Iberian Peninsula comes this skeletal rogue with a slightly disturbing grin and smooth yet dangerous edges. No stranger to danger, Roelio has suffered many hardships as he travels with his club through the Spanish Third Division. Fractures, breaks, milk shortages – Roelio has seen it all but stands erect against all comers.

When not cheering on his side or educating Spain’s elderly about the advantages of Vitamin D, Roelio has been known to be chummy with Spanish actor Javier Bardem and is no stranger to Pontevedra’s swankiest parties. Roelio is a confirmed bachelor and has one pet, a dog named Sergio that gnaws on him nightly.

CATCHPHRASE: “You deserve a break!” 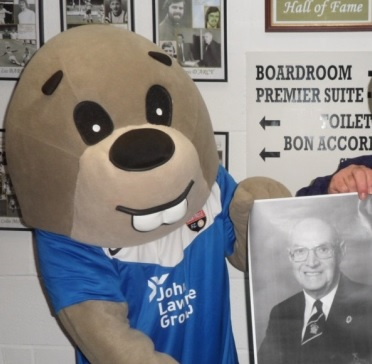 BIOGRAPHY: From deep below the surface of the Scottish coastal town of Montrose comes this jolly fella who loves tunneling, chewing on stuff and attending corporate functions! Despite problems with his vision (he loves a night fixture) Monty sees straight when it comes to cheering on his local side “The Gable Endies”.

However, don’t let the jovial charm of this rotund rapscallion lull you into a false sense of security – especially if you support Arbroath! Monty has been well known to spend his nocturnal hours trolling the internet to find the home addresses of Arbroath supporters and players alike. Armed with such mole knowledge, he tunnels under their homes – emerging in their kitchens – simply to take a giant dump in their fridge. All under the cover of night!

CATCHPHRASE: “The results are in… this Mole is malignant!”