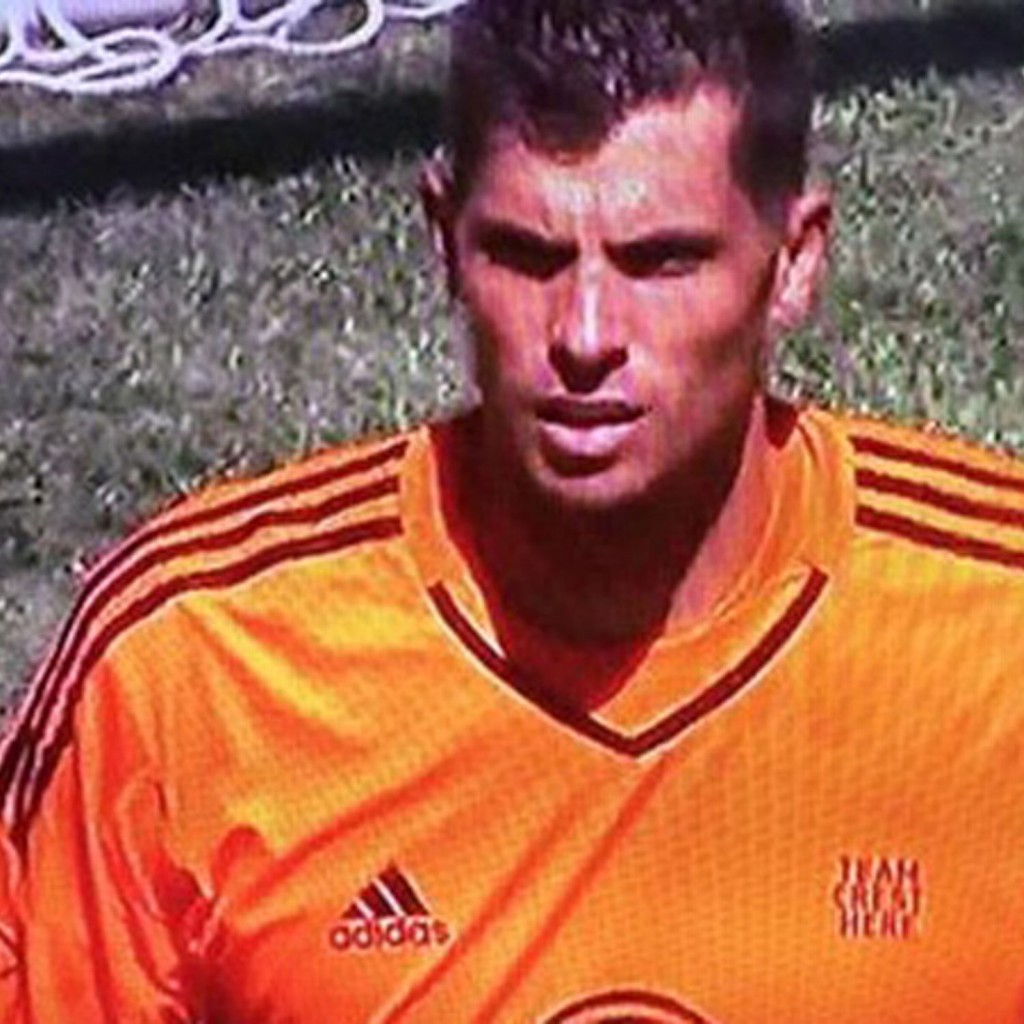 Think we all know who Florida’s best kit man is now don’t we?

Yeah, this is very late, I’m forgetful, so maybe you’ve already listened to this in this week’s podcast, if not, what the hell are you waiting for.  Anyway, it’s all old news now, but at the very least scroll down for the Kaka tantrum.

Well the theme for this year’s Voyageurs Cup is set. We’ve had the surrender monkeys, abandoned games, toronto referees and just straight up losing to the worst team in the world, this year it’ll be ‘the one where the Whitecaps lose after taking a 2 goal lead in the away leg’. A bold, almost unbelievable plot really, but they worked it well midweek, Setting it all up with a dull first half, and then calmly going ahead 2-0, before introducing the first plot twist and allowing the Impact to come back and tie the game, setting up the second leg nicely. The caps have 2 away goals so there’s clearly more drama needed, I await the denouement with eager anticipation.

After that, and the Sporks and Philadelphia clinching places in the US Open Cup final on Wednesday, the MLS action got underway with a rare Thursday night game, DC United taking on New York City FC at Legendary Yankee Stadium. The first half saw DC take a 1-0 lead thanks to a lovely assist from Andrea Pirlo and exposed once again that if you harass him and give him no time Pirlo’s not going to have a massive impact. The second half showcased the opposite though, give him possession in your half with no-one around him and he can hurt you, he set up David Villa for the go ahead goal. really though it was again Kwadwo Poku and Tommy McNamara who were the stars as the Red Bulls won 3-1.

Friday night’s marquee matchup was San Jose vs Colorado! ooh! aah! San Jose won 1-0 leaving the Rapids firmly at the bottom of the West. new signing, Irish defender Sean St ledger knows what the Rapids need though. “We need to go on a run now. There’s no ifs, ands, or buts about it. The games come quick and fast now. We need raw men. We need to pick ourselves up and go again”.  Raw men!

On to Saturday and a loooooong game in Foxy Foxborough as Houston vs Tony Walsh’s England Tea Terrorists was interrupted twice by lightning. Jermaine Jones making his way back into the starting lineup, though only playing 45 minutes due to the delay. Tyler Deric did his best, making a lot of very good saves, but eventually after about 5 hours, the revs came away with a 2-0 win. Now 10 points from 4 games as they move past TFC on their way back up to the top end of the East.

Two big games in the West on Saturday, we’ll start off in frisky Frisco where the Galaxy were the visitors and a Robbie Keane brace in his 100th MLS game saw them win 2-1, adding away wins on to their formidable home record makes the Galaxy look like very much the team to beat and they do now sit top of the west. Dallas’ up and down season continues as that’s now 2 straight defeats after their 5 game win streak ended.

Then there was Vancouver’s visit to Sporting Kansas City, which was a hell of a game, two very good teams playing very well. Vancouver led 2-0 at half time, Kekuta Manneh scoring twice, and 3-1 going into the 80th minute after a lovely free kick goal from Pedro Morales. Back came the Sporks though, making it 3-2 before Paolo Nagamura got an 87th minute equaliser and an injury time winner. Fantastic stuff. The Whitecaps are now down to second in the West while the Sporks have the best points per game in the league. A great resilient team performance and some good individual displays to possibly praise but Peter Vermes instead chose to take crowd pandering to a whole new level: “There’s no doubt that the third and fourth goal are all because of the crowd. The 12th Man was unbelievable tonight. That’s what really got us the three points. There’s no doubt about it in my mind.”

Finally on Saturday, Portland went to Sexy Sandy Utah and got themselves a 1-0 win, RSL blowing a lot of chances before Nat Borchers scored the winner against his old team in the 5th minute of 4 announced minutes of injury time and getting all teary eyed and emo about it: “I got a little emotional. Didn’t really want to score on my former team and take points from them, but happy for us.”

Moving on to Sunday, and Nelson Valdez and Roman Torres were in the lineup for Seattle, as was Obafemi Martins, back after missing 9 games with an injury. All good news for the Sounders who’d only got 3 points and 3 goals out of those 9 games without Martins. even better news was the opponent, Orlando City. The Sounders fans pre game tifo was as prescient as it was distasteful, a Sounders tattooed arm and fist crushing the head of a lion, with the words ‘Down Kitty’. This was a rout, Seattle, and particularly Martins ran riot winning 4-0 despite missing a penalty.  Seattle were very relieved after the game, this Sigi Schmid anecdote showing off how easy they had it defensively. “After the game, Stefan Frei came up to me and said, ‘Did you see my save?’ And I am looking at him perplexed and I said, ‘What save?’ And he said, ‘Exactly! I didn’t have any to make.”

So the free scoring Sounders are back, look out league!  or maybe not, it might just be that Orlando are bad. They’ve now conceded 20 goals in their last 8 games, 13 in their last 3 away games. The only notable thing Kaka did was a spectacular frustrated jumping up and down tantrum when a pass didn’t come to him.

As for Tally Hall, his jersey had his name, a sponsor, the adidas logo and all the appropriate patches, but over his left pectoral, there was merely a forlorn ‘team crest here’. Well done kit man, well done.

Finally, the big marquee Sunday night matchup was, um Philadephia vs Chicago. ooh, aah. Sometimes crap multiplied by crap can equal good and that was the case here as this one actually turned out to be very entertaining, if not at the same quality level as the Sporks Caps game. The teams traded goals to get to 2-2, and then for the last 15 minutes or so of the second half it was all Philly, Sean Johnson making a series of ridiculoussaves to keep Chicago in it as his defence seemingly abandoned him. Eventually though he was beaten by a Sebastian le Toux shot in the 90th minute, but that still left time for the Fire to go back up the other end and get an equaliser, Kennedy Igboanike with his second of the game, though with a large whiff of handball in the buildup to it. 3-3 it ended, the Fire still winless in 21 straight away games. Union Boss Jim Curtin wasn’t happy: “We invent different ways to blow leads. It’s unacceptable. You score three goals at home, you should win no matter what. I’m upset because neither team really benefits from a tie tonight.” He also complained about getting no calls and wondered why his players were so keen to run 100 yards to celebrate the 3rd goal rather than conserve energy to defend the lead. Good times all round really.

All that just capped off a good day for TFC in the drunken threelegged race for 6th.