Posted By Duncan Fletcher on May 5, 2015 in News, Uncategorized | 0 comments 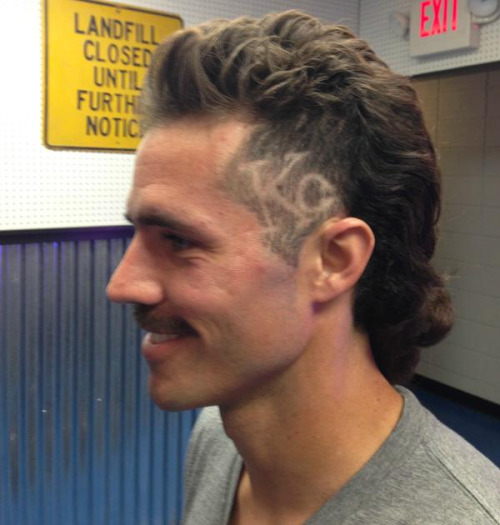 As always, you can get the audio version of this with interruptions and diversions by listening to this week’s Vocal Minority Podcast, out soon.

We’ll start this week with the top of the Eastern conference where the 4 teams who’ve so far shown themselves to be above the desperate scramble for 5th and 6th played against each other this week. First up the New England Tea Terrorists vs the New Jersey Red Bulls. After playing midweek the Red Bulls rested some starters and ended up losing 2-1, their first defeat of the season, meaning New England are now 7 games unbeaten and top of the East with 17 points. The real fun in this one happened after the game, Felipe Martins showing he’s back at the top of his villainy game and provoking Jermaine Jones into starting a bit of a kerfuffle.

So Jones is the fresh faced innocent who’d never dream of saying something a bit risque. Sacha Klejstan saw things a wee bit differently: “Postgame Jermaine Jones was being a little cheeky and wanted to be clever and talk a little bit of junk to Felipe and touch his face a little bit and I didn’t like that. “But I love the reaction of our team, though. Everyone was over there defending Felipe and defending our colors. That’s the sign of a really good team. I like our group and I’m not too worried.”

Next up Jesse Marsch who thought it was a chippy game and is ready to keep it going. “I didn’t like what they were doing at the end of the game; I thought it was wrong…”We’ll remember this. We’re going to tuck this one away and I think we’ll see them quite a bit down the road and we’ll be ready.”

In the other big eastern game, DC beat Columbus 2-0 and with Fabian Espindola back in the lineup, DC have an improved attack to go with their impressive results so far, in fact off to the best start in their history, 17 points from 8 games.

Moving on to those who’ll be fighting with Toronto for the last of the wild card spots, Chicago and New York City both lost to western conference foes, Kansas City, with a freshly mulleted Benny Feilhaber and Seattle respectively, AND both had players sent off. Jason Kreis is starting to realise what he’s let himself in for. “It just doesn’t sit well with me,” he said “I guess I didn’t realize it would be this difficult. Maybe I forgot how very hard it is to build a team in this league and have success on a consistent basis.”

Orlando and Montreal had the week off and Philly obviously lost, so TFC were the only team out of the bottom 6 to get points, excellent stuff. Bad news for Orlando is that midfielder Kevin Molino is out for the season with a knee injury he picked up in a midweek friendly against Ponte Preta. Bad news for Philly is that CJ Sapong was arrested before Saturday’s game for DUI, no real news yet of what the consequences from that will be.

In the west, the weekend started with Houston vs Dallas, now back in the same conference and thus this was merely the first of 3 games to decide the fate of ‘El Capitan’. If you remember what happened to TFC against Dallas, well that’s pretty much what happened here, Fabian Castillo torched Houston on the counter, and with Mauro Diaz back from injury, Dallas ended up with a very thorough 4-1 away win. That’s now 5 straight wins for Dallas over Houston, by a combined 17-6 score.

Colorado got a draw against LA, which is their 6th in 9 games after a midweek draw in New York, their sights firmly set on Chicago’s record from last year.  Pablo Mastroeni’s proud of his boys: “We’re brave. If I have to be critical, I can’t. I can’t ask guys to fly in the back of a plane six hours across the country after a gut-wrenching performance against New York and two days later to play the best team in the history of this league and put together a performance like that. That’s who we are.”

Portland and Vancouver had a pretty dull 0-0 game, notable mainly for the return of Diego Valeri. Without him and Will Johnson Portland have more or less kept pace with the western playoff race, so it wouldn’t be surprising if they can move into those playoff spots or better.

Real Salt Lake and San Jose also tied, 1-1, Chris Wondolowski with what seemed a fairly blatant offside goal, even Dominic Kinnear saying it looked offside to him, cancelled out by a comedy own goal from Jason Bernardez who lobbed his own onrushing goalie under pressure from Alvaro Saborio, always fun to see.

Well done Jason, though not quite as fun as this one from last year.