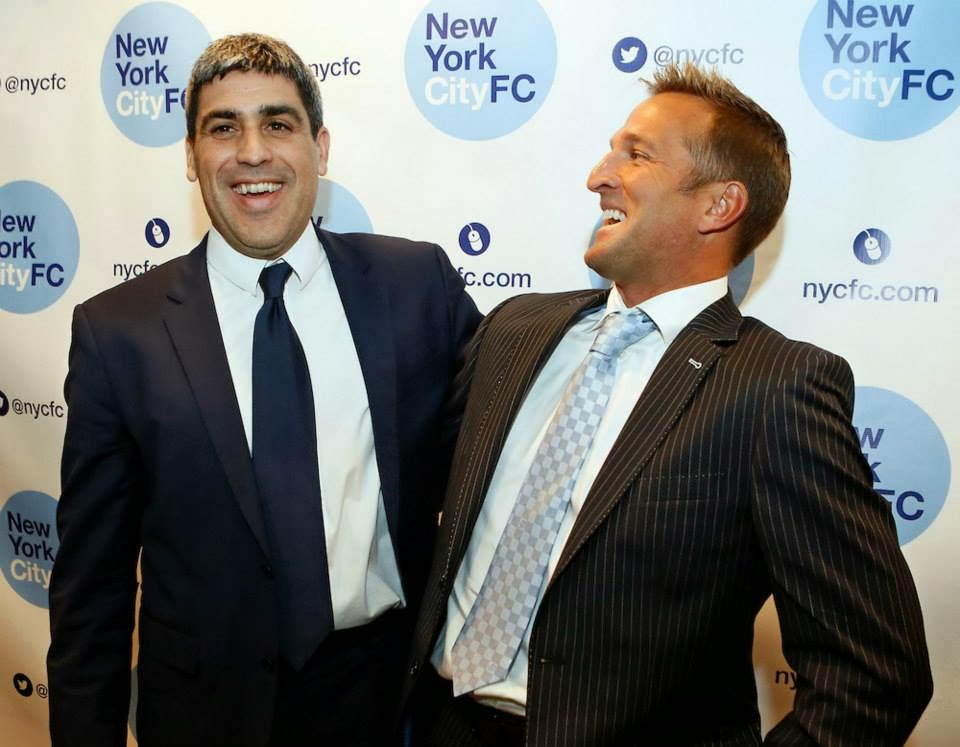 Old news by now, but last week Dan Lovitz was both acquired by the new New York club in the 2014 Expansion Draft and then returned to TFC for some allocation money.

The move rang some bells that harkened back to the 2006 Expansion Draft, as Toronto prepared to enter MLS the following season.

With their seventh of ten picks in that draft, TFC selected New York City head coach, then Real Salt Lake forward, Jason Kreis. Kreis would return to Salt Lake in exchange for allocation money, retiring just months later – May 3 – to take up the reins as head coach.

Kreis was in no way happy with the potential move, as detailed in this piece from RSL Soapbox, and given the chance to pull that same move on the team – if not the actual perpetrators (Mo Johnston has long since been replaced) – that had so disrespected him, he expertly returned the favour by selecting Lovitz and negotiating his return. Mysterious allocation money was pried from the victim-club in each case.

Whether or not Kreis had a specific interest in acquiring Lovitz as a player and not as a chess-piece is impossible to discern, though he claimed in an interview after the draft that such machinations were not a part of their strategy.

One thing that is certain is that such moves can help spur a nascent rivalry.

When Montreal attempted to pull a similar trick back in 2011, selecting Houston Dynamo legend Brian Ching in an effort to lure Andre Hainault to the expansion club, the result was ineffectual – Ching returned to Houston, where Hainault remained; an unsuccessful gamble that returned a conditional pick in the 2013 SuperDraft (a pick that became the 18th overall – Fernando Monge).

Since then, Montreal and Houston games have carried a level of dislike that could be considered unnatural given the differences between the two towns, who have no particular reason for enmity – aided by a fiery 4-2 Montreal home win in their first meeting and carried forward to an explosive playoff meeting in the Eastern Knockout Round in 2013 that saw a trio Impact players sent off in a second half unravelling.

Adding to that Kreis-TFC dimension is the unkind display that Toronto fans gave to NYC Sporting Director Claudio Reyna when he visited back in 2008 as a member of the New York Red Bulls, holding up a sign that read “Has Been? All Signs Point to Yes” while pelting him with streamers as he attempted to send in a corner kick.

Reyna, having left the game at half-time with a leg injury, would retire some two months later, after
struggling to return to fitness – hardly the sort of respect a player of his calibre deserves and expects as his storied career comes to a forced end.

Gracefully, Reyna hailed the Toronto atmosphere in conversation with Soccer By Ives, complementing the crowd on their aim and stating, “That’s great and they’ve really been a breath of fresh air in this league with the atmosphere they create.“

But no doubt, there is no love lost in the relationship; yet another layer to the Lovitz selection and transfer of last week.

The schedule for 2015 is yet to be released, but rest assured, the first time these two clubs meet could be the beginning of a new rivalry. TFC versus Red Bull never really developed into a contest – it was far too one-sided for that, but this new New York side offers a chance to revive the duel for attention between two of the biggest cities on the continent.

This Lovitz move, as innocent as it may be, could turn into a catalyst for that rivalry, or it could just be another incidental move lost to the mists of history; time will tell.

James is the resident super substitute, but he's a prolific writer. He's been published in The Blizzard and The Shin Guardian, amongst others. You can follow his insight on Twitter @grawsee.