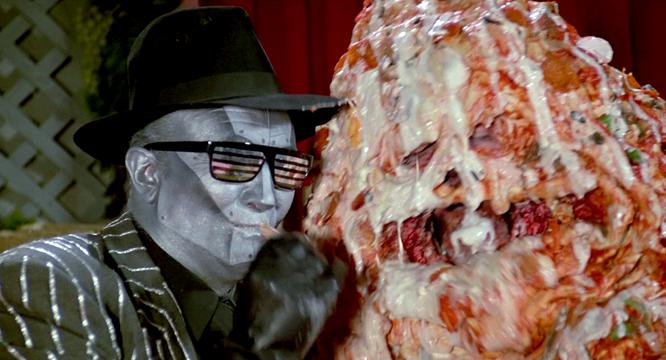 It wasn’t quite as #inhumane as the last time Toronto FC traded a winger to our bitter rival but the devastating effects on Toronto-area pizza establishments will be immeasurable. #NeverForgetPizza

Yes, TFC has indeed delivered (no word if it was 30 minutes or free) the fleet-footed, pepperoni gobbling, wacky hair enthusiast Dominic Oduro to The Cheesemakers in exchange for Irish international Al O’Cation (That’s allocation money for those of you who don’t follow Irish football). On the surface this is a deal that seems to make sense for both clubs. Montreal is in the midst of a fairly big makeover while Toronto is looking for some financial flexibility in an off-season that continues to twist and turn.

There is one thing guaranteed for Montreal – Oduro will have a great first couple of months in royal blue. It’s that part afterwards that isn’t so great. You see, he does that everywhere he goes. And he has been everywhere. Since 2006 Oduro has played for MLS sides Dallas, New York, Houston, Chicago, Columbus, Toronto and now Montreal. To paraphrase a bright observer on Twitter – Oduro hasn’t so much had an MLS career, but more of a North American Tour. Like the Rolling Stones… just more deep dish.

In 24 appearances for The Reds, the Ghanaian winger scored 2 goals and ran really fast in straight lines. Crossing the ball well and tracking back? Not so much. While an affable character, his podgy MLS wage for his level of output simply wasn’t value for money. There are better options available in this league on lesser money and arguably his contribution to the club wasn’t far greater than could have been achieved by a TFC youngster. A speed demon is always great to have but Oduro lacked the ability to consistently use more than that one attribute.

From a roster standpoint, this transfer does leave TFC awfully thin on the wing. The Reds were already weak on the flanks with Oduro, how they plan on addressing the bigger gap after his departure will be interesting to watch. Is the collected allocation money going to be used to replace Oduro with a ready-made MLS experienced player? Will they sit on the cash in the hopes that one of the club’s many youth projects come good? Or, is the money needed to help the off-season machinations continue with moves such as an early arrival for Sebastian Giovinco being talked of? It seems obvious that the dealing isn’t done at BMO Field either way.

As for Dominic Oduro, he’s likely sitting forlornly on a VIA train right now bemoaning the national rail network’s awful attempt at a Neapolitan thin crust while frantically searching online for Pere Jean’s Pizza in Montreal. Bon voyage Dominic, look forward to seeing you return with Montreal this year. Orlando next year. Colorado in 2018. Miami in 2019. Las Vegas…