Posted By Kristin Knowles on Dec 2, 2015 in News, Uncategorized | 0 comments 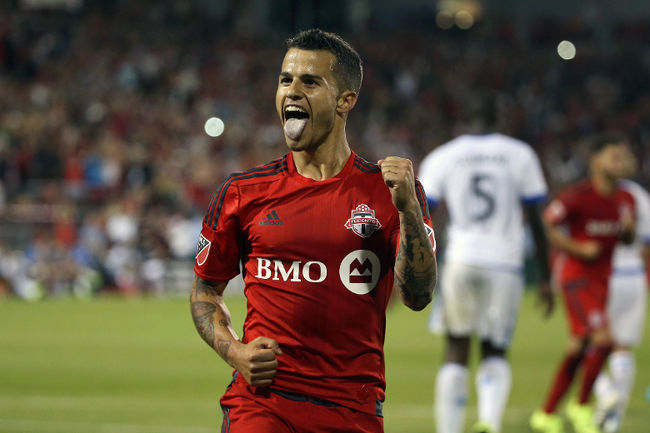 Seba wins!  Surprising no one it was announced this morning that Toronto FC DP Sebatian Giovinco was the MLS MVP for 2015:

Other than potentially going to Kei Kamara there was no one else even close in this race.  Seba led the league with 22 goals, and 16 assists, named to the best XI for the year, team of the week and player of the week multiple times and so on.  There is no doubt that he had a remarkable season.  No one expected him to come to a new league and light it up; it’s such a rarity for any player from outside MLS to adjust this quickly and have this kind of impact.  And for him to come in and win the treble (Golden Boot, Newcomer of the Year and MVP) is a pretty rare accomplishment – don’t think there’s anyone that would quibble about that.

As a TFC fan watching Seba every week was often the only fun you’d have – don’t let the results (ooh, sixth place) fool you – if not for the Atomic Ant this would have been a much less entertaining team and well obviously the results would have been different.  Anyway, we got to see a display of some ridiculous great goals that made a lot of mediocrity all the more bearable.  His ability to take over some games and make opposition defenses look foolish is great fun to watch; and as an individual performance he certainly took over this season.

And one of my favourites strictly for how casually he takes it:

Having Seba come here (whatever the reason), seeing him embrace the city, endure the lack of ‘DP calls’ and seem to just enjoy playing was not what we’d expected given our history with high profile DPs.   It would seem that in this moment (and hopefully for several years to come) we have a player that wants to be here and has the talent to justify the paycheque.  What will happen next season?  Seba is more than talented enough to have another great year, however if a more balanced team isn’t built to complement him the team won’t see lasting success; however that’s for another discussion.

Congratulations Seba on your well deserved award.  Thanks for all the goals and the fun.