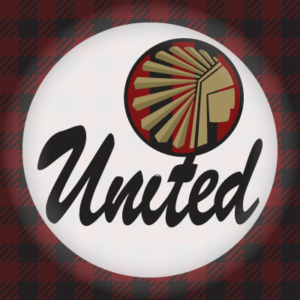 Man, this is the second big game Atlanta is hosting in a week! Lucky! First they got MLS All-Stars vs. Juventus B, and now Atlanta v your reigning MLS Cup Champions!

Toronto is finding their feet, legs, head and a bunch of other parts after the massive blip that we call “spring”. Atlanta is killing it, statistically. But what, exactly, are numbers anyway? Constructs of the patriarchy? Yes.

Toronto has won a bunch of games in a row, both against a USL side and a a side that should be in the USL (ha! suck it Chicago). Now, we’re very very close to a starting XI that we want, hope and expect, but no pressure Moor. Take your time sir.

8′ – Fourth mention. This should be easy.

10′ – Fifth mention. All for a free kick that gets headed over the bar.

13′ – Zavaleta does a solid job reading the through ball to cut off the opportunity.

23′ – Almiron gets through the defense and fires a ball past Bono and past the post.

33′ – Gressel with a great looping cross, Martinez gets up to hammer it, but just goes wide.

37′ – Sixth, seventh mentions talking about Barco. Why can’t you mention about his discipline

45+1′ – GOAL – Altidore lays it off for Auro, cross for Giovinco at the doorstep and pops it over Guzan. Fabulous.
AU-GUYS 0, ROBINS 1

Halftime Mood : Toronto playing patiently, starting out slow. Second half they should start to turn the screws to get the result.

50′ – PENALTY – Bono gets one on one with Martinez, Martinez collapses. No VAR.

58′ – Giovinco takes a ball 20 yards from goal, managed to fend off three defenders, then manages to get it out for a cross at goal. It’s only noteworthy because usually he gets warmed and loses the ball and he looked fantastic and in control somehow.

60′ – YELLOW Giovinco for a lash out against his marker.

65′ – Bono gets low quickly to deny Martinez at the doorstep to stop the cross.

80′ – Eighth reference. I don’t think I’m going to make it. Martinez gets subbed.

88′ – Giovinco takes a blast after a week tap from Osorio, smacks the crossbar. A bit of magic, that would have been.

90+1′ – GOAL – Holy shit! Giovinco lays it off for Osorio, low cross back and Ricketts hurls himself at the ball to beat Guzan.
AU-GUYS 2, ROBINS 2

Giovinco giving the “what the hell” body language to Mavinga as they’re walking off the pitch. Mavinga responds with the “dude that guy is a punk” shoulders.

Man of the Match : Bono.
Goat of the Game : Mavinga (he knows what he did)
Ref Rating : 3 out of 5
I Am Not The Gaffer, But… : stuck with the blueprint of the last few weeks and got it.
In Case You PVR’d It : watch it all. See how many times Bono bailed them out.

Bono is an above average keeper in this league, a league with very good keepers. A lesser keeper would not have stopped some of those. Easily 4 or 5 for Atlanta… Atlanta really likes to play with seven or eight at the back. How is that even sustainable?!… Tata Martino’s training session is Martinez runs around in random patterns and everyone else tries to hit him in the head or foot. Training doesn’t end until they hit him 30 times. How else would one explain the amount and quality of service he gets?… I can’t stop LOLing at opposition who boo Bradley and Altidore for their work with the US National Team, and not for their work with Toronto.  Must be a blessing to have a wealth of talent where supporters could be the reason that pushes them out.  Keep booing them!  I’d rather never lose them for international duty again… Zavaleta had a very good game. He did his work and a bit extra, and having to mark Martinez has to be a nightmare, or what other teams did to Giovinco before the figured out how to triple team him… If I had the time, I’d string together a supercut of all the times Caldwell said the word ‘quality’ in the broadcast. Honestly, it used to be parody, but now I love it.  It’s closing in on everything Vic Rauter brings to a presentation.