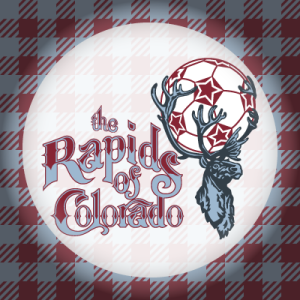 Apologies for the lack of activity around these parts this week. Due to schedules, illness and unexpected things, it’s been a rough week getting recording/match reporting up. We expect full service to resume this coming week.

Thank you for your continuing patronage.

2′ – GOAL Moor gets on a cross and stops it, and clears it, but finds the foot of Price who buries it far left side. That’s a start.
CRAPIDS 1, BABY ROBINS 0

15′ – Long ball over the top, Badji and Telfer battle for the ball at the edge of the box and Telfer wins cleanly. Well done by the debutante.

25′ – Badji breaks into the box, fires towards the bottom left corner but Irwin makes the save.

29′ – Aketxe gets the ball into the box, does a sweet little step to lose his marker and give himself an opportunity for a shot but fires over the bar.

40′ – Badji you really ramping up his pain-in-the-ass-to-defenders status drying a free kick at the edge of the box. Ensuing free-kick was terrible and right into the wall.

Halftime Mood: Optimistic. This side looks like an average MLS side, and that’s meant as a compliment.

54′ – Badji bolts down the left side of the pitch outrunning Zavaleta. Cuts in fires a shot wide of the net.

77′ – PENALTY – Badji gets around Fraser, Fraser give him a slight knock, Badji takes a few steps before stumbling. Soft, but fair.

77′ – GOAL – Gashi fires it down the middle as Irwin dives to his right.
CRAPIDS 2, BABY ROBINS 0

89′ – Ricketts gets in annnnnd Howard saves it. So much for that collapse.

90+2′ – Gashi gets on the end of long pass 12 yards in front of goal, smashes it but Irwin makes a tremendous stop.

Man of the Match : Irwin was excellent.
Goat of the Game : Nahhh…
Ref Rating : 4 out of 5. Toledo didn’t make himself the focus.
I Am Not The Gaffer, But… : Masterstroke.
In Case You PVR’d It : Unless you want to see what the future looks like, it’s cool.

Raise your hand if you thought this was going to be a disaster of a match after that first goal went in. It’s OK, I did too… Moor as a captain would probably happen all of the time if it weren’t for having a more captain-like presence at the club like Bradley. It suits him… Badji, now that guy is a piece of work. Got booked, flopped a bit, made a nuisance of himself. Now if he could give good promos, we’d have a top-shelf heel on our hands… Too bad about the terrible weather in Colorado. What else could’ve kept the fans away in large numbers… I wonder if Spencer is going to bag one. Is he a killer on TFC II or something?… If Aketxe can put one of those free kicks under the bar in, say, the next six attempts, I’ll be smitten with his acquisition. Felt he had a good game… Are we (supporters) expecting a even more B-side (or C-side?!) to be played against Houston? I’m ok with that. They played today like a middling MLS side, which is impressive in a bizarre way.

Man, I’m looking forward to Tuesday, if only for the idea that Chivas is in for some stereotypical “Canadian weather”. Good news is that the forecast is calling for sun for the rest of the week past Tuesday, so that’s amusing.