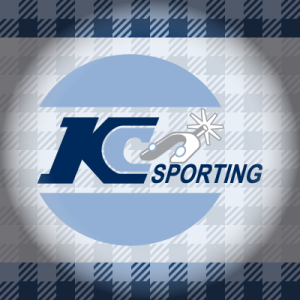 This is the second week in a row where we’ve been ‘treated’ to the McFlurry dessert of MLS (and specifically this version of Toronto) after the gourmet steak dinner of the World Cup.

After the emotional rollercoaster of the game on Wednesday vs Minnesota (apologies, schedule was insane), I cannot imagine as dysfunctional a game as that for the second match in a row.

Expectation level is fairly low. I can win some good kit money on Belgium. That’s where my head is at. Let’s see how this one plays out.

8′ – Russell gets on the end of a cross, beats Bono but rolls past the wide post.

18′ – Giovinco hucks down Opara, starts the counter attack, and fires it well over the bar.

25′ – GOAL – Morrow gets the ball down the left side, low cross into the middle, Osorio just taps it in. Holy shit, an earned lead!
SPORKS 0, ROBINS 1

33′ – Giovinco free kick rattles the brains of Russell as he takes it off the noggin. Concussion protocol anyone? He got smashed in the skull, crouched down and shook it off. Someone get a UFC ref in there to check.

40′ – Rubio slides a pass through to Fernandez, shot goes wide but was offside.

41′ – Russell looking for an overlap but his teammate didn’t make the run. Probably a symptom of a concussion.

57′ – GOAL – Bono guesses correctly but Ilie puts it out of reach
SPORKS 1, ROBINS 1

62′ – GOAL – Rubio sends a ball through to Russell, who sends Bono the wrong way, and buries it. It was nice. Probably not the concussion, I guess…
SPORKS 2, ROBINS 1

Ok so this McFlurry isn’t so bad.

74′ – Fernandes loses Zavaleta, keeps the ball and has a go 12 yards out, but Bono hangs on to it.

77′ – Zusi floats a wonderful ball into the box, finds the head of Shelton who’s got eyes for the top right corner, but skips just past it.

85′ – Lindsey gets on the end of a corner from Zusi, glances it enough to be heading for the top shelf, but skims the crossbar. Damn.

90+3′ – This has been end to end for the last ten minutes. Entertaining stuff.

Man of the Match :  Ummm, I’m going to keep the Osorio love-fest going. Had some strong control, some vision and bagged one.
Goat of the Game : Pass
Ref Rating : 4 out of 5. No real issues.
I Am Not The Gaffer, But… : Perhaps pulling the trigger on subs earlier, but it was the right move at the very least.
In Case You PVR’d It : Nowhere near as bizarre as the Minnesota game, but watch the goals, then watch the last 10 minutes.

This was a much more even game from Toronto, one that we haven’t seen in a while. The pendulum did not have dramatic swings in quality and possession throughout the match, but rather back and forth, taking your opportunities. Control was rarely ceded for long periods of time and Toronto never looked out of the match.

So in a twisted way, massive improvement from recent performances. Still a long way to go.

Not that we’re missing the guy but as anyone seen Aketxe? Asking for a basque… In a strange way, I’m glad Russell scored, because I was starting to feel bad about making concussion jokes, so him getting the last laugh means THAT WAS ALL MY FAULT!?!?… Does anyone else think that switching to a 4-4-2 is a punishment until they ‘behave like they’re supposed to’? (as in winning). It gets the job done, to be fair… Can you fathom having so much domestic talent that you’d boo your national team captain every time he touches the ball? I know it’s farcical at this stage, and we can reiterate that the other players failed as well for not qualifying for the World Cup in multiple games leading up to the final match, because ‘real fans’ should know that. That being said, if he could do a heel turn, remove his shirt and declare playing for Canada, hell I’d boo him too when I’m not laughing at the irony of it all… This is the AS Monaco kit I was gushing about on the podcast. Sadly, the actual one has a sponsor.