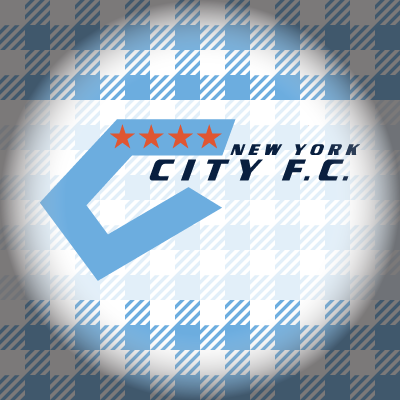 It’s game day and while last week Toronto was abused by one Designated Player based by the Pacific Ocean, now they get a chance to be terrorized by a Designated Player based near the Atlantic. Last time the Robins faced NYCFC, the David Villa show was all that was needed (that and beating the hell out of Giovinco) to secure the new boys all the points. Now we’re in the Wembley Stadium of base-and-ball. The good news is that Lampard is hurt and Pirlo has a broken perm, so they’re both unavailable today.  Toronto still missing much of the ‘star power’ due to Gold Cup responsibilities.

And look at that, Lovitz is starting. Totally called it.

Maybe we ARE the pundits running the team?  I don’t think so because I’ve been calling for Schweinsteiger for years to come here…

17′ – GOAL – Jackson fouls at the edge of the box and the resulting free kick has David Villa firing a beauty that Konopka gets two hands to, but still hits the post and goes in
BRONXCHESTER 1, ROBINS 0

18′ – PENALTY – Ref points immediately to the spot as Cheyrou was fouled in the box.

29′ – GOAL – Konopka stops David Villa’s shot, but the rebound gets to Mullins and his shot ricochets off of Perquis (OG)‘ arm and catches Konopka on the short side
BRONXCHESTER 2, ROBINS 0

40′ – GOAL – Pretty counter as Jackson takes a long pass from Konopka who backheel finds Giovinco onside and puts it past the keeper.
BRONXCHESTER 2, ROBINS 2

44′ – GOAL – Delgado sends it up to Findley who crosses is into Seba’s path…
GIOVINCO CHIPS THE KEEPER! THE FIRST LEAGUE HAT TRICK FOR A ROBIN!
BRONXCHESTER 2, ROBINS 3

45+1′ – Giovinco nearly get a 4th, but manages to cut back and find Delgado who one times it and the deflection is easily caught by the keeper.  Nanners.

53′ – Low cross finds unmarked Ballouchy at the top of the box and a clear shot at net, but fires wide of the post.

56′ – Giovinco is gifted a terrible pass from a defender, beats two defenders, beats the keeper and at a bad angle, his the post.  You know somewhere, there’s a suit who wants to get a statue of him made for outside of Gate 1…

61′ – Delgado cuts a ball back to Findley who has a go heading towards the far post, but saved.

68′ – Corner floated in by Lovitz finds Cheyrou alone in the air, but couldn’t find the net

82′ – GOAL – Giovinco steals a bad back pass, races into the box and lays it off for Marky Delgado and smashes one into the net
BRONXCHESTER 3, ROBINS 4

84′ – GOAL – Dammit, on a free kick, cross comes in front of the face of goal who hits Hagglund’s foot and finds Creavalle who puts it back across and finds the head of Mullins who buries it.
BRONXCHESTER 4, ROBINS 4

88′ – David Villa has an opportunity after Grabavoy dinks it back to him and his first touch fires right at Konopka.

Man of the Match that isn’t Giovinco : I liked much of Jackson’s peskiness during the match

Goat of the Game : This is tough, but I’m going to go with Konopka.  He had a tough match and played really well, but felt that if he didn’t make contact with David Villa on the last penalty, Toronto could’ve got all three points.

Ref Rating : 3 out of 5.  There was a metric shit-tonne of calls to make and he did get the overwhelming majority of them correct.  That being said, David Villa made a meal of that last one.

I Am Not The Gaffer, But… : if I were, I’d have probably screwed this one up.  Well done Mr. Vanney.

In Case You PVR’d It : You are in for a treat.  It’s chaos. You’ll laugh.  You’ll cry.  It’s like Themla and Louise but with more goals and less driving off of a cliff.

Was going to add a bunch of cheesy baseball metaphors, but after this match, no need.  Arguably a classic, but definitely a ride… Does anyone else have the uneasy feeling that Giovinco will be brutally hacked down one game and that will be the end of the kid?  That second half made me oddly nervous… Mullins is a bit of a wanker, isn’t he?… I hope it is a bit of the emotional rollercoaster doing the talking here so here it goes : Findley had a very capable and contributing game.  Sure, he was absent the first half, but in the second half, he quietly made his way into the match and nearly made some magic happen.  He didn’t, but it was close.