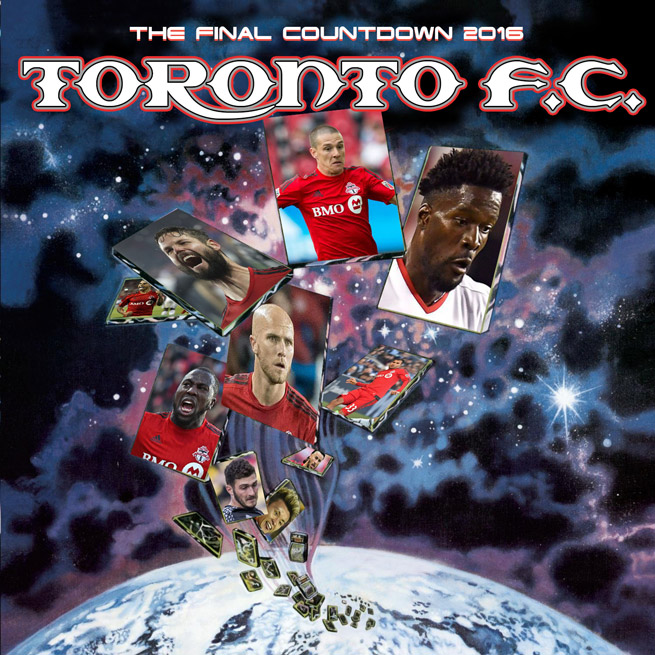 Well sports fans another Toronto FC season has come to an end, and wow, what a crazy season!  It feels rather odd to have TFC’s off season begin in December, and well into December at that.  Usually we’ve been grumbling into our cups since sometime in October, and staring off into the abyss that is three months of off season.  But not this year!  You know, cause we went to the final – look I know a number of you are still traumatised by this but we made the final guys, it was a good thing and no one likes kicks and we’ll all get past this OK?  So hugs to all of you and back to the sentence – which means instead that our off season window has shrunk dramatically to a mere six weeks!  How’s a fan supposed to adjust?

Well, we have a solution for that.  As is tradition around these parts we like to end the season with our annual TFC Player Countdown.  That’s right everyone, it’s time to rank, make comments (from sincere to snark), scratch your head over at least a couple players that you’re sure we made up, and let us know who you’d put worst to first.

On this year’s countdown you’ve got 28 – yes one more than last year – players for you to rank.  28 players that took to the pitch in both league and Voyageurs Cup games; which means a range from Brian James (I know, who?), to Michael Bradley.  But ranking Toronto FC players from the past year can’t be done without your input!  How do you give us your input you ask?  You get in touch with me and I’ll send you our highly scientific template for you to rank each player (don’t forget those comments!).  Have your rankings in to me by no later than December 30th and we’ll kick off the New Year with the countdown, ending when pre-season officially begins.  So hit me up at kzknowles@gmail.com, post your email in the comments or DM me on twitter.  Make sure you play the Final Countdown theme song (handy video link above) while you work, get your rankings back to me (by the 30th people, no extensions on this one) and then wait breathlessly for the countdown to begin!

Thanks to everyone that participates!