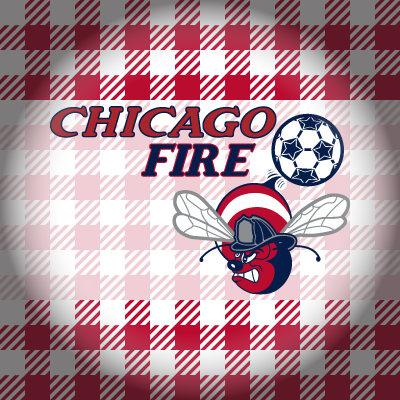 Man, I am super proud of this one.

Long weekends… aren’t they the bestest evar!!??! I’m sure nothing can ruin it… except the potential result of a Toronto FC match. There’s no telling what we might find tonight, delicious creme eggs or rabbit droppings.

Chicago are coming off of their first victory of the season and the robins have a much more bolstered edition of their lineup with the return of Bradley, Altidore and Morrow. Will we be a solid Cadbury bunny, or one of those hollow Allen easter eggs (which are gross and are used to indicate the opposite)? Only 90 minutes and the easter bunny can tell.

On To The Match…

1’ – Looking at the well vacant stands, it seems Chicago has the same problem as Toronto when it comes to getting to your seats on time. Who’d have thought that I’d be the strange one wanting to be there on time.

3’ – YELLOW – Creavalle gets booked for stamping the foot of a forward after Warren couldn’t control the nearly blown goal kick from Bendik.

7’ – Morgan’s cross finds Giovinco, but the Atomic Ant couldn’t get a full shot off with a defender on top of him.

9’ – Chicago quickly turns as Accam burns his marker to get a shot off, but stopped by Bendik

12’ – Findley falls down in the penalty area. Replay shows he should be fined after the fact for diving. Commentators are giving him an out for ‘seams in the pitch’. How nice for the excuse and how sad for Findley.

14’ – GOAL – After a pile of pressure, give and go with Maloney and Jones slides it past Bendik in the far post.
WINDIES 1, ROBINS 0

20’ – GOAL – Giovinco takes a ball from Morgan and rolls a weak ball that takes a deflection and catches Busch wrong footed. Whatever, beggars and all that…
WINDIES 1, ROBINS 1

23’ – Sure, Creavalle didn’t just bowl over Maloney for no call.

35’ – Big counter as Accam leaves Morgan behind, but Bendik stops the breakaway with confidence.

40’ – Creavalle crosses a ball to Osorio, who fires just wide of the post

Half-time mood : Confused, are Chicago good or is Toronto? Is Chicago bad or Toronto? This is worse than the time I had the debate with someone between the vastly superior Mini-Eggs and the close-but-not-close-enough Eggies.

49’ – How that strong arm on Creavalle wasn’t a penalty…

52’ – GOAL – Counterattack finds Giovinco down on the wing, pitches the ball back into the middle to Cheyrou and the FIFA 13 gold player buries it on the volley. Formidable!
WINDIES 1, ROBINS 2

54‘ – GOAL – Awwwwwsonova… Maloney takes a cross on the left side of the pitch, beats his marker one-on-one and the curls it around traffic and past Bendik. It’s like Toronto can’t have nice things…
WINDIES 2, ROBINS 2

67’ – RED – Creavalle gets his second red after dragging his leg across Accam. Stupid, stuipd foul.

68’ – GOAL – Because Toronto. Jeff Larentowicz puts it out of the reach of an outstretched Bendik

71’ – SUB – Findley off for Jackson. Probably too late there.

72’ – Jones tries to give Jackson the same strong arm treatment while defending. Jackson tests the ref’s standards and pushes back, no call thankfully and a cross into traffic get gobbled up by Bush

76’ – Damn, what a flurry. Bendik somehow keeps composure to stop a Shipp shot, rebound ends up at Accam and he fires it, Bendik stops that, but it was called offside. Amazing stuff.

84’ – Igboananike races away into the corner, Hagglund gets back to mark, but cuts the ball back to Accam and he just puts the ball over the bar. Frightening counter.

90’ – YELLOW – Morrow gets booked for taking down Igboananike, who probably would’ve hurt Toronto had Morrow not nabbed him

Man of the Match :  Aside from getting caught on the third goal, Bendik had a solid game.  Morgan was everywhere, Giovinco was a threat all game… but no one was outstanding.

Goat of the Game : Creavalle.  I’ll give you the stomping first one and call it mistimed, but that second one was a howler.

Ref Rating : 2 out of 5.  He was bad both ways and consistent with the calls.  Not the villain of the piece, but annoying.

I’m Not The Gaffer But… : I would’ve started Dike, or at least subbed out Findley 10 minutes earlier.

In Case You PVR’d It… : Watch the first 35 and from 50th minute onward.  That middle part is skipable.

Well, Igboananike and Accam were a small bucket of terror.  Chicago has some fun times ahead of themselves with those two… I was sure Dike would’ve earned a bigger chunk of time after the abusing of Olave last week.  That’s a guy who does not get pushed around much… There was only a few times where I noticed Bradley taking the ball from the back four and moving it up himself.  Either he’s trusting more or they’re not always looking for the captain to give it to him.  Good to see… I really hope I don’t get a rice crispy Allan bunny this year.  Partially because I’m closer to retirement than adolescence, partially because it’s gross, and partially because they’ll be consumed… Osorio was a bit more visible tonight.  Makes me feel better for him as I have a sinking feeling he’s currently most likely to be trade-bait, and then he’ll score a brace against us sometime in September.