Last two games of the season and there’s a legitimate chance to finish top 2. Seba is back. Probably win by 4, right?

5’ – Cooper had a go and pops it over the top far corner.

8’ – Piatti beats Beitashour and crosses it to Mancouso who has his attempt blocked and flies over the bar for a corner kick. Nothing happens from there.

15’ – Oso seats Altidore through and slides it to Morrow wide open on the far post but Bush bails his side out with a reactive palm save.

17’ – Cooper hits the post after beating his marker. Damn.

19’ – GOAL – Well that was a strike. Piatti has a strike from the edge of the 18 yard box and floats into the bottom far corner.
CHEESEMAKERS 1, ROBINS 0

21’ – Morrow gets deep into the corner and sends a low hard ball into the box and finds Osorio (oh no… ) and he fires it one-time (Yay!) and hits the post! (Awwww…). Well done Oso!

24’ – Piatti denied from 8 yards out with a desperate deflection that sails over the bar.

25’ – YELLOW – Bradley gets booked for a hard challenge on Oduro

34’ – Seba free kick over the wall and smashes the top left corner.

44’ – Piatti goes down in the box looking for a penalty but the refund is having Nunavut (you know… gonna leave it. Well played autocorrect)

45’ – Beitashour takes down Piatti, ref says play on. Cross loops over Irwin and finds an unmarked Oduro but as he settles it, Morrow (you legend!) stops it.

45’ – YELLOW – Beitashour for the thing before.

Half Time Mood : it’s kinda fun, even if the result currently sucks.

51’ – GOAL – Morrow (you legend) floats a ball that finds Altidore and with a half attempt beats Bush and his marker.
CHEESEMAKERS 1, ROBINS 1

Conspiracy : does Saputo make a cheese blend for nachos because I’ve heard the word enough that I think I know what I want for dinner…

59’ – good tackles and hustle. Ends with Donadel getting a booking hauling down Giovinco just outside the box. Free kick goes into the wall.

68’ – YELLOW – Seba for a revenge tackle on a Montreal defender.

70’ – Seba has a go from a long distance and Bush makes a fingertip save.

78’ – YELLOW – Moor booked for an awkward challenge on Oduro

80’ – can’t tell if Montreal are cracking or Toronto was getting lucky with that run of play resulting in Altidore having a go and firing wide. 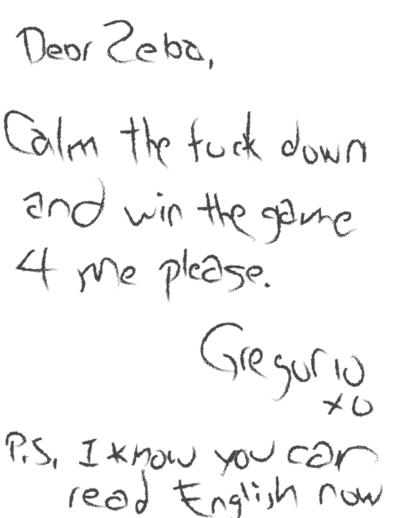 85’ – Endoh picks up a deflected save from a Seba shot and fires but blocked by a desperate lunge.

86’ – GOAL – #ALTITTS. Cross in from Giovinco finds Altidore and chests it to Ricketts who buries it. Greatest. Duo. Ever.
CHEESEMAKERS 2, ROBINS 2

Man of the Match : I’d like give it to Morrow for the first 53 minutes, but I’m giving it to #ALTITTS.

Goat of the Game : I don’t know if anyone was singularly woeful. Not impressed by many tonight.

I Am Not The Gaffer, But… : I’d like to think I’d have made the subs 10 minutes earlier, but given how things turned out and who came on/off, I’d likely have got that wrong.

In Case You PVR’d It : If you like fire in your matches, watch it all. If you’re in it for beautiful football, just watch the goals.

Who else is split with this performance?  On the one hand, Montreal’s defense looked solid for most of the game, but on the other, Toronto struggled to get things going.  On one hand, Cooper does some lovely things on the ball, but on the other, they’re mostly individual efforts.  On the one hand, I really wanted to punch Donadel in the face, but on the other hand, I wanted to elbow him in the face instead.  Defense played both well and confusing.  Tackles seemed reckless for the most part rather than they normally play.  Given the last few games I’ve “enjoyed” (which is just code for “felt obligated to watch”), this was a pleasure by comparison.

The biggest tragedy of this game is DC did their part by beating NYC 3-1 which would have allowed Toronto to jump to second providing they win.  NYRB clinched a bye with their 3-2 win over Columbus, not for a lack of squeaky-bum time as they were winning 3-0 at one point.  Toronto can do no worse than 3rd.  It’s no relegation battle or last-day of the season heroic scenario, but it’s as good as it’ll get for next Sunday v Chicago.