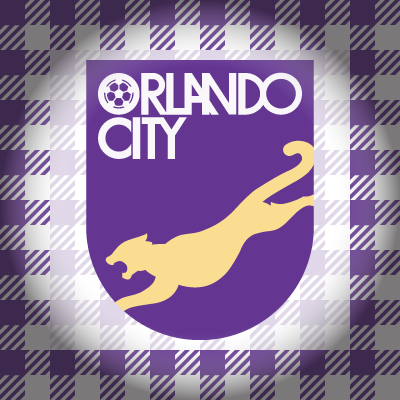 I’ve figured out how we’re going to get a 3 hour break tonight. Let’s get some of the locals at few bags and then let them sit front row. Mayhem ensues and when this game wraps up at 12:07 EDT, Toronto gets a 1-1 draw.

So keys to victory are : 1) supporter bath salt consumption, 2) shift of focus to strategy from “book of excuses” and 3) score more than them.

Aside from all that, Orlando City have done much better and have less of an excuse for their predicament. The bad news is that they’ve got 2 wins, but the upside is none of them been at home.

1′ – Jackson finds himself at the end of a volley and launches it, screaming towards goal but stopped by Ricketts. Top shelf stuff.

2′ – YELLOW – Hagglund gets booked for an aerial challenge.

7′ – Larin mostly wins a battle with Hagglund as he gets around him but Haggs looks like he’s hanging on for career and life long enough for Bendik to bail him out with a quality stop.

13′ – Jackson has shoe issues. This is where Toronto should concede just for a new excuse.

28′ – Bradley runs into the Orlando box and doesn’t/couldn’t pass and nothing happens. Swear I saw that happen last week…

48′ – Jackson is playing without a sponsor on his kit. Clearly this is his personal protest in support of Duncan and his sponsorless kit. Looks classy, doesn’t it?

Well, it cost more than I thought it would, or would have wanted to pay, but hey, sponsorless #TFC kit is here. pic.twitter.com/J2EDKSQ5jA

50′ – GOAL – well someone has shed his shroud of invisibility… Altidore takes the ball, pushes it past his marker, slots it past Ricketts, off the post and in. Well done Jozy.
GRAPES 0, ROBINS 1

62′ – if Orlando have to get an equalizer, it can only be scored by Cyle Larin, deal? Deal.

64′ – SUB – Creavalle comes in for advertisement-free Jackson. Endorsements slow him down. We will miss him.

65′ – SUB – Osorio on for Findley. Can only get more visible I suspect.

81′ – Wow. Bradley to Giovinco back to Bradley and onto Giovinco who neatly beats the keeper, but not the near post.

83′ – GOAL – damn you Altidore. Why do you have to disappear then masterclass? Cheyrou sends a long distance ball to the foot of Altidore and turns his defender out. Then dances the crap out of the keeper and pops it into the net. Damn you Jozy, commit to loving or hating you! Brilliant!
GRAPES 0, ROBINS 2

85′ – SUB – Giovinco comes off for Warner. The commentators said this was coming for a while.  I’m sure a better football mind could explain it to me why.

90+3′ – clean sheet nearly blown as Bendik was beaten, but the net was missed.

Man of the Match : Jozy. Who’s foolish enough to dispute that.

Goat of the Game : nobody was terrible.  Findley did next to nothing.

Ref Rating : 5 out of 5.  He seemed to be paying attention at Collin’s dickery so that sealed it.

In Case You PVR’d It : Watch the Jackson screamer, then skip to the second half.

I Am Not The Gaffer But… : Well, apparently we might be yet no one listens to us.  Curious…

In regards to that article linked above, I love the idea that somehow twitter and blogs have been telling the club how to do things, summed up all in one line.  No expanding of that one line, just implicating.  We should do some elimination to find out exactly which site it is that they have been horribly bullied by (or couldn’t bribe/purchase outright/guide).  Fairly certain this isn’t the site they’re talking about.  The one they must be traumatized by is the one that wanted/demanded/called for :

Not a follower of as much twitter as the others contributors here, but certainly one would have said something about that one person championing all of the above. Maybe it is one of the other writers.  This will be brought up at recording this week.

I’m disappointed that the bath salts thing didn’t come to pass, but there still needs to be an explanation about Collin… Where has Cheyrou been all this time? We need to scout the French league more. It seems to work for Ars- on second thought, no… Pleased to see that Larin is a fixture in their starting XI. We can put some of that on they are a year one franchise, but still impressive… Giovinco looked to be taking a helluva beating tonight.  Hard to deny his toughness… Glad to see Hagglund bounce back a bit. Sure, he nearly started the game in a nightmare, but didn’t do anything too crazy after the fact… Two more road games then we get to go back to the ground and see this in person. I may be more excited for the day out at the park rather than the game itself, but that’s eight years of reprogramming that needs to take place… anyone else yell out to their TVs “holy sh*t!” each time a goal went in, as if you were not expecting it to happen this game?  Or ever again?  Did it twice.  Well done Jozy.