Posted By Mark Hinkley on May 1, 2016 in Match Previews & Reports, Uncategorized | 1 comment 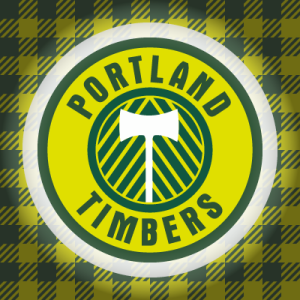 Well I’m glad this is almost over. It feels like it’s been forever since we started on this road trip. 90 more minutes in Portland, then it’s a week until we’re home. At last.

Then we get to see what they did to the stadium. And then mock it.

Toronto has been punching above their weight as far as road warrior expectations, already bagging 11 points. It’s a struggle to be upset at them for their performances thus far. They’ve done well and they would deserve a warm round of applause. Nothing too grandiose. A solid 30 seconds should do, seated of course.

On to the Match:

17’ – GOAL – Valeri takes a pass from Mattocks behind the defensive back four, who lays it off to Adi who is 6 yards out and no one to beat.
HIPSTERJACKS 1, ROBINS 0

26’ – Adi sniffing for a second as Mattocks finds a lane to send a balk through and Adi just can’t get to it, balk goes out for a goal kick.

40’ – GOAL – Well that came outta nowhere. Giovinco goes down in a heap outside of the box shortly after passing it to Johnson who fires a low ball for the back far post.
HIPSTERJACKS 1, ROBINS 1

Halftime Mood : not terribly happy, not very pretty but I’ll accept it.

50’ – corner kick from Giovinco and Drew Moor gets completely free of his marker, gets a header down on the ball but Gleeson gets a leg to it and deflects onto the cross bar and out. Crazy stuff.

55’ – Portland counter attack has Melano float a pretty ball right in front of goal and Adi puts it wide of the net.

57’ – YELLOW – Perquis for bowling over Valeri

63’ – Damn. Just damn. Free kick from the right side of the pitch finds Altidore’s head and Gleeson makes a great stop from 6 yards out.

71’ – Please score. I’m sick of the only song the Timbers Army seem to be stuck on. For the last 5 minutes.

72’ – Giovinco looks to be faking it on the ground. You’re better than that Sebastian.

77’ – Morrow lays a ball off for Bradley and launches for the top corner and Gleeson makes an encrdible leaping save.

84’ – Asprilla hopefully will be liability for Portland… Plenty of time remaining to be proven right with a second yellow pending *fingers crossed*.

90+2’ – Giovinco cross into Johnson’s path and his header is denied with another amazing stop by Gleeson.

Man of the Match : Gleeson. Then Valeri. Otherwise Bradley.

Ref Rating : 3 out of 5, Toledo being medium Toledo today

I Am Not The Gaffer But : I got nothing.

In Case You PVR’d It : watch both goals and the whole second half

The majority of the first half was one-way traffic. Portland seemed to have Toronto figured out with the shutting down of Giovinco and going at the defence. Valeri was an absolute terror and was knocked around for his efforts. Once Toronto scored, that took the momentum away from the home team.

The second half was far more exciting. End to end stuff. A bit chippy. Plenty of quality moments. Toronto was dominating control for the majority of the half.  The scoreline was truly unkind, but overall it was a solid performance.  Not much to moan about.

Altidore had an OK game today.  He was making some meaningful moves, had a header stopped.  Sure he should’ve bagged that one, but expecting the goalie making a save every once in a while, a shot on target is the minimum expectation… Valeri really received the Giovinco treatment out there today, except with the fouls being called… Not alone in hoping that Johnson would’ve ended up being the catalyst to steal a point today.  Very good game from the ex-Timber… I really hope that MLS and the Portland Timbers front office really crack down hard on those that lit the smoke bombs after scoring the goal and not use it in their marketing #sarcasm… Low free kicks that roll a long distance untouched makes me a sad panda… Well Gleeson just took someone’s job… Endoh was by far the most invisible player on the pitch, but he wasn’t goat-worthy, from what I could see… Anyone else see Toronto’s substitutions and then see Portland’s substitutions and think “well that’s unfair”?  Just me?  OK.