Posted By Mark Hinkley on May 27, 2017 in Match Previews & Reports, Uncategorized | 0 comments 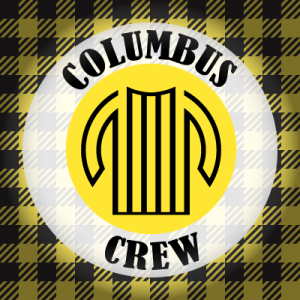 So last time we played Columbus, I was very concerned about a kid named Hansen who burned Toronto for a pair of pretty passes.  Last game he didn’t do much, however… I don’t trust him.  That being said, Justin Meram is playing well. Let’s be honest, Columbus has a ton of good players (and I don’t subscribe to the bullshit rivalry, so don’t even) and the threats can come from a multitude of directions.  But if that Hansen kid pulls the shit from the first game, I told you so (well, you told everyone after the match when this gets published. ~ Ed.).

Toronto should be fielding a team that is more complete in every possible way than the one that failed against Ottawa.  Toronto will be without Seba and Hagglund through injury, as well as Altidore for yellow card accumulation, should be fun.

It’s not that I don’t want them to win, I just feel there’s enough absences and momentum turbulence to get to this sensation. #deepDepth

5’ – PENALTY – Beautiful through ball to Ricketts, beats his marker, cuts in and looking to draw the penalty and succeeds.

11’ – Delgado with a header back into the box, Ricketts with a scissor kick, nice save from Steffen, but the flag was up.

33’ – Appeal for a handball as Delgado flicks it onto a defender’s arm, but a corner was given.

39’ – GOAL – Spencer lays a nice ball off to a wide open Morrow on the wing, takes a touch and launches it past the keeper.
ROBINS 2, CREWSC 0

Halftime Mood : far better than I could expect. I think Columbus isn’t playing that well so that’s making Toronto look much more effective.

61’ – Ricketts takes on a defender, beats him again and runs at the keeper but opts to shoot instead of pass, and the shit get a deflected.

86’ – GOAL – Edwards puts a pretty ball through to Osorio who takes it with ONE TOUCH and slots it past.
ROBINS 4, CREWSC 0

90+2’ – GOAL – Hamilton gets a low header on the end of a gorgeous Edwards cross. Stellar stuff.
ROBINS 5, CREWSC 0

Man of the Match : Vazquez with two set piece goals. A penalty is a set piece, yes? Is now.

Goat of the Game : if I had to choose, Delgado for the red, but it really wasn’t a goat performance.

I Am Not The Gaffer, But… : What am I going to say here. Seriously.

In Case You PVR’d It : watch in amazement how it all went down

Kit Spotting : Someone in the south stands was wearing a gorgeous Botev Plovdiv home kit from a few years ago.  Jelly.  (Full disclosure, I spent over an hour determined to figure out what it was)

Well, I wasn’t even close.  Scoreline and euphoria notwithstanding, you have to admit that this was the perfect time for the run to collapse.  Instead, it reinforced the whole thing.  I’m genuinely surprised at how it all went down. I have to believe that the ugly loss against Ottawa helped galvanize the side, because they looked far more creative, though this line-up was far better than that one.

Not to undermine the scoreline or the performance, I was genuinely shocked how little Columbus offered the match.  After the first goal, there were “attempts” to get back into it.  Once Morrow bagged the second, they offered nothing.  I don’t know if Bono had to make a goal-preventing save all game, as I couldn’t think of one.

Welp, that was crazy. #deepestDepthEver

Ricketts is somehow becoming an elite dribbler as he’s beaten his markers multiple times. Not the cleanest, but effective and shocking each time. Well done… Artur was cosplaying as a “Away Crew MegaMan” with that cast and sleeve on his arm, waiting for him to shoot something from it.  Also @FTofD saw the same thing… Ben Spencer need a goal.  Kristin and I came up with an award winning song that’s dead easy and versatile… I was certain we were going to see Cheyrou tonight, if only to firm up the midfield.  Seeing Vazquez come off Osorio was a shock, and I’m glad it worked out for everyone… Come to think of it, all three subs needed to make an impact after Wednesday’s howler, and two goals and two assists between them felt justified.  They were both top shelf goals.