Posted By Mark Hinkley on May 10, 2015 in Match Previews & Reports, Uncategorized | 3 comments 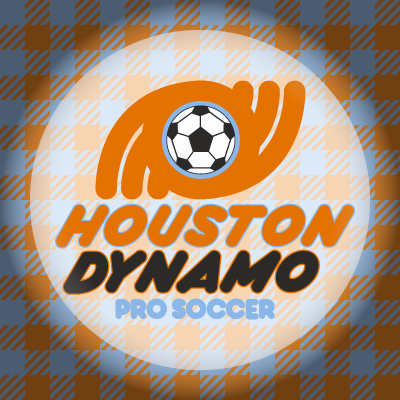 I mean c’mon.  This has taken forever it seems.  The club made for parody/television that is Toronto FC has its home opener on mother’s day.  And on this mother’s day, I am thankful for how moms can easily compromise for their kids.  For example: do brunch and am absolved from dinner. (thanks mom)

Toronto have been on an absolute tear as of late taking all six points in their last two league games against the worst clubs in the league*.  Giovinco and Altidore have their home debut in front the new stand.  Most excited to see Marseille stalwart Benoit Cheyrou in the flesh.

Over/Under : of Juventus kits today – I’m gonna say 50, but as of writing this part, I’m on a GO Train and I’ve already seen one.  So over.

Quote of the match :

~ Dom, in mid season form,
well under a minute into the match

12′ –  YELLOW – Cheyrou goes into the book for something

43′ –  PENALTY  – Bradley slide tackles Beasley, misses the ball, and Beasley quite happily falls over his leg.

43′ –  GOAL – Garcia’s attempt is initially stopped by Konopka, but the rebound was picked up by Garcia and hammered in.
ROBINS 0, CREAMSICLES 1

Dwayne DeRosario was unveiled as the TFC community person… OK, I forget the title.  But he’s not retired yet!  I smell a run-in and someone is getting a chair to the back of the head!!!

53′ –  GOAL – Perquis goes for a slide on a Houston forward but he pokes it onto a marauding Bruin who’s unmarked and buries it.  It was really nice.
ROBINS 0, CREAMSICLES 2

77′ –  GOAL – ball looped in from the right finds Altidore‘s head and puts it past the keeper. Then said keeper got into a “holding the ball” fight with Jozy and looked like a giant wanker.  Maybe DeRo should’ve chair-shotted this guy.  OK, things just became interesting…
ROBINS 1, CREAMSICLES 2

90+4′ – Giovinco corner finds an unmarked Konopka!? Who heads it down and almost past the keeper but he pulled it down

90+6′ – TFC counter and Osorio lays it off for Warner who puts in a big cross and it gets headed near the back post and out… And the Ref calls it.

Man of the Match : Cheyrou had a solid game.  Kept the defenders in line.

Goat of the Game : nobody was villainous but Bradley was the closest, not enough to be goat’d.

Ref Rating : he was going so well and then blew it at the end.  I don’t know if I’ve ever seen that happen with the final whistle as the losing team earns a corner.  (unless it wasn’t a corner…)  1 out of 5

Kit Spotting : it was a home TFC kit with Stamatopoulos… not even a keeper kit too. Too bad other randoms, that’s a lock.

I Am Not the Gaffer But… : offence-minded players should’ve came on immediately after down 2-0 and not 15+ mins later.

In Case You PVR’d It : ummm watch the build up of each goal and the last 10 mins.

Over/Under : got to 4. Not even close but I had a solid hunch this would be our Thierry Henry thing, so I’m glad it’s not.

Finally, Findley wasn’t invisible. He did things.  Positive things.  Joined plays, caused a few as well.  Still not convinced, but it was nice to not use a ghost emoji for his player rating…  The new deck is seriously impressive.  It’s big and noise already reflects off of it.  It’ll be crazy when they put a lid on the thing…  Altidore was super invisible right up to the goal. Then he was involved in everything…  They were doing construction as the game was going on.  Not even close to finished.  I shouldn’t be one to complain about extra distance getting to my gate, but when you’re trying to leave it’s too far to stay to the final whistle, make the train and deal with people who’ve never walked through a tunnel before (apparently)… Every time an attendance is announced, I can’t help but laugh that someone would believe this statistic without research, then part with large sums of money to sponsor this public-relations-bs-farmer-juggernaut.  You can see entire rows empty… Usually when there’s a ball that’s been knocked ahead too far for anyone to chase after it, it always seems Osorio is the one chasing it.  Could be crazy, but I don’t know if I’ve noticed anyone else be in that ‘frivolous sprinting’ role as much as him… Also, why did the public address announcer’s delivery tonight come across like he’s been told to “sound more like a heavy metal hour DJ on Q107”?  I was expecting electric guitar licks after each name… Konopka may have hands of stone, but he certainly makes things exciting. If he had stolen the point on that header, he’d have been man of the match with player of the year sown up, it was that crazy.