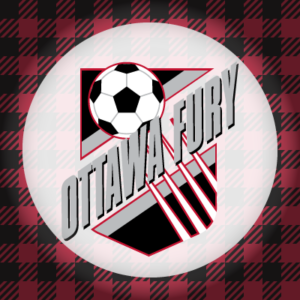 OK, so the last time we played Ottawa, they won.  They shouldn’t have, on paper, but they did on turf and deservedly so.  The mighty Robins bounced back considerably after that performance and showed some of that #deepestDepthEver that we’ve been hearing about, given that they looked not ready for prime time after last Tuesday.

Ottawa took their victory for their own momentum and smashed five in of their own.  Sure, they conceded a few, but that’s not important.  What’s important is Toronto played better against Columbus than they did against Ottawa.  Remember that.  And then wonder what the hell happened a week ago.

Winner gets Montreal.  Duncan wants Ottawa to win and gave his reasons on the podcast.  I tend to agree for the sake of a solid narrative, but still want Toronto to win this game.

4’ – Ottawa with a first legit chance, a shot from 20 yards out and Irwin had to make a lunging stop from getting chipped.

25’ – Toronto with a good run of play.  So much to write. Trust me, nothing remarkable but positive, finally.

31’ – Ricketts comes off hobbling a bit. Beitashour gets the call…

38’ – Endoh tries to become a legend by taking the ball at the top of the box, and launch it and fires it just wide of the goal.

41’ – GOAL – Hamilton dinks a pass to Endoh on the wing, fires it in and hits Morrow in the shins and bounces in.
ROBINS 1, INTREPID 0

42’ – GOAL – Vazquez floats a beauty into the box and Endoh heads it in. #Vazquez4MVP
ROBINS 2, INTREPID 0

48’ – Amazing goal line stop by the Ottawa keeper as Endoh gets on the end of a broken set of passes and managed to hit the lone glove in the face of goal. #ABraceEqualsSubstitution #NoDivas

62’ – Seba takes a free kick at the edge of the box and like Babe Ruth calling his shot, Duncan accurately calls the placement of the kick into the wall, shoulder level, and nothing. Seba may have rust, but Duncan does not.

68’ – Pretty cross finds Seba to takes a full volley and fires a skipping ball that is stopped by the Ottawa keeper.

80’ – GOAL – Vazquez lays a perfect ball across the face of goal and Delgado side foots it in.
ROBINS 3, INTREPID 0

86’ – GOAL – Cheyrou onto Vazquez, Vazquez cuts the Ottawa back line with a through ball to Giovinco who’s first touch slots it in.
ROBINS 4, INTREPID 0

Goat of the Game : we’ll take a pass

I Am Not The Gaffer, But… : He didn’t put a soft lineup out there to grind out a result. It was a solid lineup and all the changes were very positive.

After the fourth goal, I figured now would be the time for Osorio to bag the fifth since he had a quiet match. Nail one from nowhere… Kristin and I were amused at how at one point, Vazquez and Cheyrou were passing it back and forth, trying to out-perfect-delivery one another. The field talk would be hilarious and classy… Not a great crowd, but loud enough. Figure between 15-20,000… Endoh had a very good game however it felt like many of his early opportunities went nowhere or astray. I had Vasquez as man-of-the-match at halftime. Still had a very productive outing tonight… When you try to explain the Voyageurs Cup to someone who has no idea about how it works and who’s involved, it does come across a bit absurd. Go ahead, explain to your coworker about how if Toronto doesn’t win this year they still have a chance to qualify for Champions League… Dear BMO Field video screen operator, consider enlarging the font. Test by standing in the south end and reading the substitutions. Please and thank you.