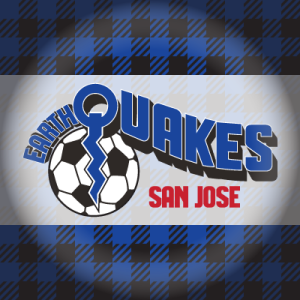 Seriously, I don’t know what to put here. Toronto good. Anything they do seems to work, even to a small degree (like salvage a draw). San Jose has Wondolowski, who I am a fan of. Best hitman in league history. So, Toronto wins. I hope. Still predicting 3-2.

9’ – @malarkeyFC notices that the flags in the south end are in alphabetical order. Bored already, are we?

14’ – Altidore has a defender on him, still gets a low shot forcing a diving save.

23’ – Jozy on the left side pops a nice ball onto Morrow who tries to pop the keeper and does, but just flies wide of the far post. Pretty stuff.

24’ – Altidore plays a ball with his back to goal behind him, over the shoulder, Giovinco full volley, fires just wide of the far corner. Get the fuck out with that (but if it had gone in… Omg…)

27’ – GOAL – Beitashour with a high cross from the right, keeper comes off his line and leaps for it but it’s out of reach, hits an unmarked Vazquez in the chest, settles and fires. Class.
ROBINS 1, QUAKERS 0

Halftime Mood : fun. Should be up by 2, but San Jose has had exactly one opportunity.

48’ – GOAL – Vazquez sends a ball through on to the path of Altidore, and he sweeps it past the terrible keeper. Nothing to it.
ROBINS 2, QUAKERS 0

64’ – GOAL – Beitashour, to Vazquez, back to Beitashour, pops a medium height cross and finds the head of Altidore, who buries it
ROBINS 3, QUAKERS 0

65’ – SUB – Altidore off for Ricketts, turns out he’s a bit sore so it was precautionary.

67’ – GOAL – Osorio takes the ball just past the half-way line, does a 1-2 with Mavinga, drives towards goal, and fires a low shot to the right, beating the keeper.
ROBINS 4, QUAKERS 0

73’ – Delgado gets clattered into, Ceren is booked for being a moron.

75’ – Video Review! For a red card (possibly) for a foul on Delgado who’s pretty hurt

76’ – And Ceren gets a red. I LOVE VAR! (upon personal review, it was a red card for going studs up to his ankle//shin area)

79’ – Vazquez sends a nice ball across that falls for Delgado, who fires one across the keeper, but misses the far post.

78’ – SUB – Cooper comes on for Delgado. That knock affected him more than expected.

Man of the Match : I was digging Altidore’s passing and then he bagged a brace. Solid game.

I Am Not The Gaffer, But… : Seriously match report template?

In Case You PVR’d It : it’s a quality game. You can skip the last 15 minutes but watch the saves.

Kit Spotting : didn’t see much out of the ordinary, but someone two sections over was wearing the new Sunderland kit which I weirdly adore.

And bonus round, I stayed for the USL match…

42’ – PENALTY – Yeah it was and totally unnecessary. Aubrey hauled down his marker in the box.

45’ – PENALTY – Eckenrode tackles his marker, gets the ball, and somehow draws the penalty and a yellow card. That was trash.

45+2’ – GOAL – Everything the same as the first one. Including the Bonomo part.
BABY ROBINS 1, ENERGY DRINK CANS 2

Halftime Mood : it was going so well…

47’ – New York free kick over the wall and a brilliant leaping save by Cavalluzzo.

68’ – Hamilton gets hauled down in the box and no call. This ref is in the pocket of Big Energy Drink II.

74’ – Endoh launches a shot from 20 yards out and dips forcing NYRB2 keeper to push it over the bar. Good stuff.

I purchased one of the gorgeous Mississauga CPL supporters scarves from @rob_ditta and @__RobH__ and had an nice chat about aspirations, what’s going on in the Sauga supporters scene. They’re going good work. Give them a follow for more information and their beautiful scarves.

Michael Bradley absolutely floored me by not taking a shot from centre just outside the 18 yard box TWICE. He passed both times and because of that, I was thoroughly impressed with his game, more so than usual… San Jose was bad. Just terrible. Two shots all night. They gave up the ball far too often under medium pressure. I expected more of a fight from them… Regardless of the real reasons, I’m going to still assume that Vanney hates hat tricks, and that’s why Jozy was taken off just after he bagged his second… The ref in the TFC II game was brutal. Almost San Jose brutal… Fully aware that Osorio’s goal was not ONE TOUCH, but approximately 3 or 4 touches.  Glad he got one of those.  It’s been a while.  Well done sir… Are all USL games played like the ball is hot potato? The game fluctuated between 7 and 9 on the tempo scale… TFC finally feels like what my FIFA ultimate teams have felt like. Two quality right wingers in Hasler and Beitashour, can’t play them both. It’s amazing. Excellent performance from Beitashour… I know I said San Jose was bad, but Toronto was excellent. A very complete game. #gushing