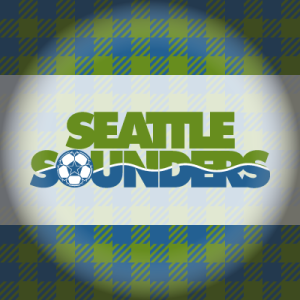 There is no fucking way you are reading this news for the first time, so I’ll get on with it.

90+4’ – GOAL – Giovinco sends Cooper through on the right side, beats Frei, but not the post. Vazquez takes it in the junk and thrusts it in the empty goal.
MIGHTY ROBINS 2, SOUNDING ENTHUSIASTS 0

THIS FORMER DUMPSTER FIRE
OF A SIDE ARE YOUR
2017 MLS CUP CHAMPIONS, SON!

Man of the Match : Michael Bradley, because he played like he wanted it so bad.

Ref Rating : 3 out of 5. He let them play for the most part, but he also was willing to let Seattle toss players around without reprimand

I Am Not The Gaffer, But… : Masterclass.

Kit Spotting : none but a row of people made ponchos out of various season ticket scarves. Looked great.

Mr. Vanney, thank you for getting Cheyrou a run-out onto the pitch. I don’t need to hear about tactical motivations.  I see it.  He’s a legend.  I told him so at a baggage carousel coming back from Mexico.  We’re, like, besties.  Anyways, taking it for what I know and understand, that was #classyAF and if he had bagged a goal, I’d have permanently lost my shit.

Giovinco was a very unselfish version of himself tonight.  Not to say that a striker shouldn’t be selfish, but goal scoring wasn’t his solitary thought. He played very thoughtful balls and looked more like an attacking midfielder than forward. Thank you for that.

Fuck handing the trophy over to the owners.  Why is that a thing?  You’re millionaires/billionaires.  If you want fame in addition to wealth, run for office.  You signed the cheques. You make money. Not a single person in the stadium paid to see your old white male face (I’m assuming that covers most of the league), especially at a soccer game, receive a damn thing. If Garber/Gulati needs to pay fealty to these money people, then this isn’t sport, and this isn’t a league that gives a shit about it’s fans. #saveTheCrew

Frei was the difference between a being two-nil down at half-time and being two-nil at full time. Toronto put his ass to work.  I did mutter that I could see this being an MVP situation, even if Toronto wins 1-0.

I wanted Delgado to score in the first half, if only as a punishment to Seattle defenders for giving him more than one opportunity to have an unobstructed view from 20 yards out.  Also, Delgado knows the words to “O Canada”.  That gives me a pile of warm and fuzzies for the kid.

To you day-one’ers. I am happiest for you lot.  Through thin, thinner, brittle, shattered, rebuilt and thick, you’ve stuck by.  Whether you love the game, the team, the franchise, we made it.  Some clubs have had longer droughts, some have had lower-lows, but we’ve seen some shit.  This was a delight.  For the tweeters, bloggers, podcasters, supporters, people who have active discussions about the game with your friends and family, strangers on a subway, message boards, the journalists, those that earn a livelihood from this game, sincerely, congratulations.  We have a winner.