Posted By Mark Hinkley on May 15, 2016 in Match Previews & Reports, Uncategorized | 3 comments 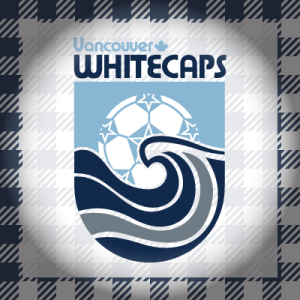 Full disclosure #1 : I don’t know anything about soccer. Michael Bradley said it. He wasn’t speaking to me specifically, but he was. Altidore defence was running on full blast from the professional media, while most of the non-media that I saw weren’t having it. So if you don’t like Altidore, you’re likely reading this “report” which also means you don’t know anything about soccer either. Clearly.

Full disclosure #2 : I don’t feel any animosity towards Vancouver. Or Montreal for that matter. That probably makes me a bad supporter. Whatever. I don’t like Colorado because they’re boring and surplus. I don’t like Sporting KC Wiz because of their stupid kits, annoying and highly punchable players (mostly of the past now), and their terrible badge, name and colour of kits. There’s others, but you indulge me enough with the kit stuff so just assume it’s longer than this.

So here we all are, second home match of the season. Vancouver are fresh off a 2-1 midweek win over Chicago, which had a comeback, a frightening collision (see below) and a goal of the week candidate. Exciting stuff there.

Pregame points up on the scoreboard : Why is Kudo (point #3 from the list), a player who was concussed and a suffered a broken jaw from a very scary collision with a keeper, “in our thoughts” matter as a key to the game? I’ve never heard of an opposition’s injured player as a “key” to any match unless it was about exploiting that loss. Is this more about me not knowing about soccer? This game is so confusing and insular, how can a commoner, like myself, ever understand…

2’ – An older gentleman in the front row took a ball full on in the face and needed medical attention. Looked like the nose, but hope he was OK.

12’ – GOAL – Manneh takes advantage of a bad Perquis pass and exploits it to the full, nutmegging Irwin
ROBINS 0, CRAPS 1

18’ – GOAL – Manneh gets a shot off from a counter attack, Irwin makes the save but the ball falls to Bolanos and he pops it in from 218 yards off.
ROBINS 0, CRAPS 2

I wish I could have come up with the following sequence of events as they happened as an elaborate work of fiction but it happened.

35’ – SAVED – Ousted guesses to the left and saves it. Altidore takes a knee outside the box. Ultimately hobbles off and Babouli gets the call to get ready.

37’ – GOAL – Giovinco rolls the ball back to shake his defender and slots it into the low right corner. Brilliant.
ROBINS 1, CRAPS 2

I swear that happened.

66’ – GOAL – Bradley threads a perfect ball through to Giovinco, whose first touch slots it past the keeper. Just fucking brilliant!
ROBINS 2, CRAPS 2

70’ – GOAL – Manneh turns Beitashour inside out, side-steps his corpse and slides it low and far past Irwin. Ugh.
ROBINS 2, CRAPS 3

72’ – GOAL – Morales gets the ball down the wing, and with Perquis marking him, he loops a ball behind Perquis and curving around a lunging Irwin.
ROBINS 2, CRAPS 4

76’ – Osorio goes down in a heap clutching his ankle. Judging on how quickly people were running to him, it doesn’t look good.

80’ – GOAL – Giovinco corner comes into the 6 yard box and Moor gets up and puts it past Ousted
ROBINS 3, CRAPS 4

88’ – Quick pass from Chapman finds an open side foot of Babouli that put it just over the bar from 10 yards out. If that goes in, he’s global level of poacher.

What a game!!! Result and points aside, I do not remember where I was fully engrossed by a Toronto FC match for 90 minutes.  Drama, comebacks, near comebacks, a red card from Aird, a veritable roller coaster ride.  Fabulous.  5-Stars.  Loved it.  The last 10 minutes (plus injury time) were amazing.  If Toronto had tied it, we would’ve blown the canopies clear off their stanchions (or whatever hold canopies up).  A win could’ve been catastrophic, casualties nearly certain.  So good.

Goat of the Game : ummm… There probably was a good goat, but nothing comes to mind.  I will throw a vote in for the ass-hat who decides to wear the away kit at home (here, and everywhere else in the world).

I Am Not The Gaffer But : I… I sincerely don’t know

In Case You PVR’d It : you have got a classic on your hands.

I also do not get Altidore.  Much like a Julian de Guzman, another player I never ‘got’, I never fully understood how their contributions were measured as effective.

I’m told of all of these great things he did on the ball last game, yet I couldn’t remember one.  Or I remember the 5 chances he didn’t score on.  Probably just picking on something because I’m a pessimist who doesn’t understand the game.  So, in tonight’s game, I made a note (read “sarcastic comment”) with every play he was in or near, and aside from one ball that he laid off, he was rough.  He missed one or two chances before the penalty.

Then the penalty.  It was saved, but more to the point, he didn’t score.  That’s his job.  There aren’t many forwards, of any shape or size or fitness or skill set, that makes his coin and has no goals in 8 games.  That’s the reality.  I’m not hating, that’s factual.

But, again, I probably missed all the wonderful platitudes paid to Jozy last year about all the same wonderful things he’s doing this year back then.  I don’t think there were, because he had thirteen goals.  You don’t have to focus on his role holding the ball when you have thirteen goals.  But it’s important, holding the ball, right?  Where are the articles about his ball-holding skills from 2015?  This is an important facet of his game, is he focusing on it now instead of the goal scoring?

Producing results is what cures all that ails. I’m sure that by the end of the season when Altidore has 11 goals in 26 games, far from a terrible hit rate, there will be people with the smugs all over their faces using words like “trust”, “faith”, “belief”. I’ll be sure to point to those parts of the season and respond with “timeliness”, “what changed?” and “why not then?”.