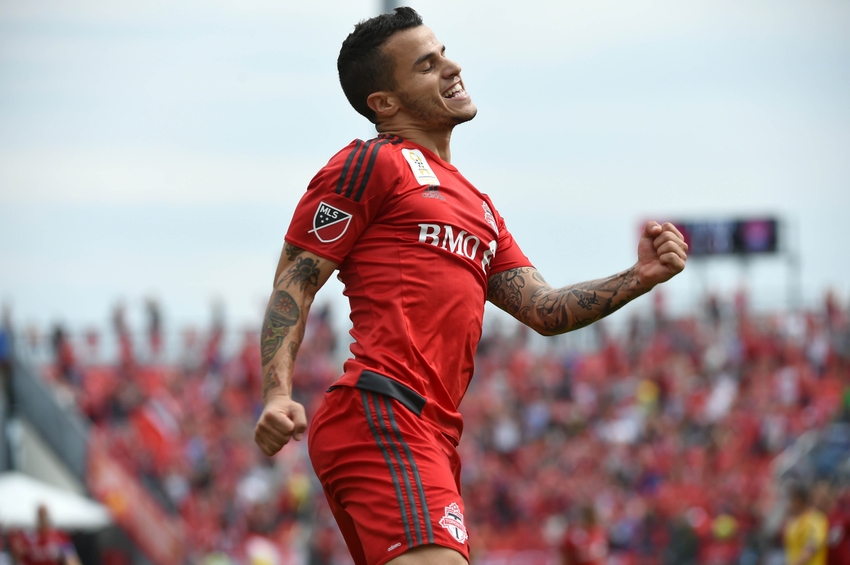 “Nooooooooooooooo!!!” was the shared refrain of many a TFC supporter when the club’s talisman and leading anti-top shelf crusader Sebastian Giovinco pulled up lame on Saturday. When the wee Italian tore the captain’s armband from his tattooed bicep he may have been tearing the club’s hopes for success along with it. Luckily – like TFC’s depth – the injury isn’t too significant and there are actually plenty of good aspects to his time on the sidelines…

11. Seba gets to work on his true passion – hosting a hilarious Italian TV variety show

10. Greg Vanney will prove once and for all his success isn’t dependent on a little goal scoring phenomenon. Yup.

9. Local tattoo industry set for a financial boon due to a bored Giovinco

8. Good chance Seba gets named to Italy’s injured list for the Euros

5. Duncan Fletcher has to find his next most selfish player on the team to pick on

4. Bitchy the Hawk gets a few weeks off from having Seba fly on her back to practice

3. Dan Lovitz finally gets to try out his hot new nickname “The Nuclear Beetle”