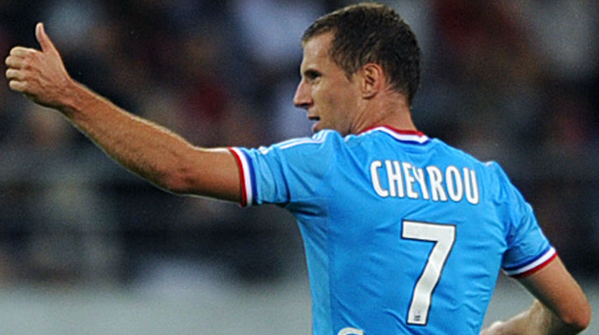 We give this rumour une thumb en haut.

EDIT: This was written when it was just a rumour, merely a twinkle in John Molinaro’s eye. It’s now official, see tweets below.

Sacre rouge! It looks like Toronto FC may be in the midst of a mini-French Revolution with the club linked with midfielder Benoit Cheyrou by Sportsnet’s John Molinaro.

The 33-year-old who has patrolled the centre of parks throughout Ligue 1 since 1999 has been regarded in the past as a very technically sound midfielder, at his best when fulfilling the role of a deep-laying playmaker. While never quite good enough to crack the full French international side, Cheyrou did come up through the French youth sides and has been rewarded professionally by being named to the Ligue 1 Team of the Year on four occasions.

Not a superstar by most means but definitely a career you could hang your hat on.

The rub however is that Cheyrou, younger brother of the slightly more famous Bruno, is no chicken de la spring. He is heading towards 34-years-old in May and is currently without a club after having his contract with Marseille terminated without an appearance this season. While likely to still be able to offer something in Major League Soccer, Cheyrou is definitely the type of player brought in if you think you have a shot at a title run. He doesn’t really fall into the long-term “vision” category.

So why would TFC be interested in Cheyrou now? He won’t likely be an inexpensive option; he will take an international roster spot, and, he does not answer the club’s lack of options on the flanks. One reason – Michael Bradley. As witnessed last season, Bradley was often playing not so much box-to-box but goal-to-goal. It was likely his decision and not a coaching one but by trying to do too much, Bradley was doing less. The club failed to identify a foil for him in the centre of the pitch and this is what Cheyrou would be asked to do.

A one season Band-Aid solution? Perhaps, but TFC has definitely employed worse Band-Aids in the past. If whispers are to be believed, Cheyrou may soon be unveiled as the third TFC Frenchman alongside Damien Perquis and Clement Simonin (signing le pending). Unnamed sources have yet to confirm that Laurent Robert is holding on Line 2. C’est la vie.

EDIT:  Apparently TFC are getting much better at keeping secrets, as within a couple of hours or so at most, this tweet came out seemingly confirming the signing.

And then this tweet from the club fully confirming it.