Beitashour official, and Will Johnson! Woof! 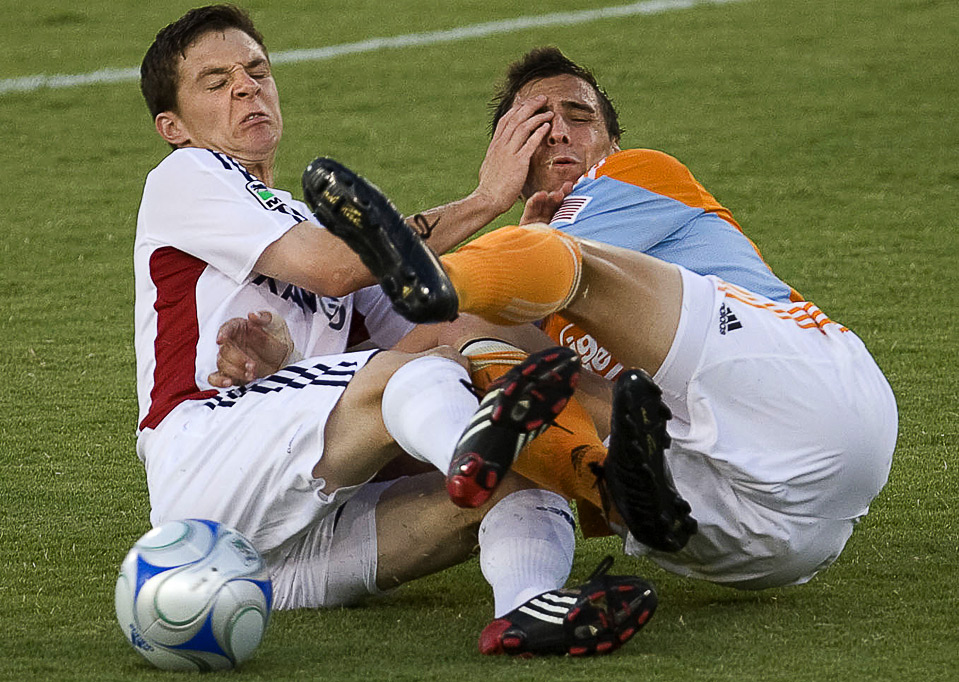 Over a week after it was first reported, TFC finally got all the details figured out and confirmed that they have indeed signed Steven Beitashour, sending a draft pick to Vancouver as compensation (their second highest 2016 second round superdraft pick (currently their own, 29th overall, but who knows what other picks might come their way, for example their highest is currently the one we got from Philadelphia for Warren Creavalle which we then gave to Seattle for Eriq Zavaleta, say we do a deal with Colorado for their 2nd round pick, that would then be the highest and go to Seattle, the Seattle one would then be the second highest and go to Vancouver, and TFC would then be left with the 3rd highest, their own, that’s currently with Vancouver.  MLS!).

A good pickup, presumably his salary will be more or less the same as last season, if so roughly 200k but who knows really and he should fit very well with what Greg Vanney wants from his full backs, to be good going forward while still being defensively competent. Add him to Drew Moor and Justin Morrow and that’s 3/4 of the first choice defence sorted. Very nice, weaknesses targeted and improved.

Then the interminable ‘who’s Will Johnson going to sign for?’ saga came to an end and what do you know, he’s coming to Toronto too! Exciting news, of the 3 players brought in so far, he’s definitely the best, but at the same time probably the most unnecessary. I’m having a hard time seeing exactly how this all fits together, both on the pitch and on the cap balance sheet.

On the pitch, it’s going to be very interesting to see just how Johnson fits in alongside Michael Bradley. Can they work together as a double pivot, the 2 of a 4-2-3-1? Would they work in a diamond midfield, with a DM behind them, a number 10 ahead and the full backs and a roaming Sebastian Giovinco charged with providing the width?  There’s a few ways you could look at it and think ‘that might work’ but there’s obvious drawbacks to them all as well, not least my lack of faith in Greg Vanney’s ability to get Bradley to stick to a plan. He’s a very similar player to Bradley, not really a defensive midfielder, not an attacking one, nor a proper wide player. He’s a good box to box midfielder, but then so’s Bradley, how TFC find a place for both of them will be a huge test (my first choice would be to trade Bradley, but alas, that’s not happening). After a couple of smart signings that fill obvious needs and solve obvious problems, this feels like a bit of a good old TFC signing. He’s talented, sure, and within the Venn Diagram of MLS and Canada, probably the biggest name in the overlap (Cyle Larin perhaps?), but where exactly does he fit? What problem is he solving? Rather than solving a problem, in a way he creates a new one (a good one, but a problem all the same). Someone’s probably going to have to go to make way for him (Portland had a similar problem, the solution they eventually came up with was that Johnson was the one to go, that’s when everything fell into place and via a bit of a luck in a penalty shootout, the rest is history, anyway best not to think too hard about that).

Another problem is with the salary cap. These 3 signings are all expensive and though we’ll never know exact numbers, they’ll probably add somewhere between 800 and 900k to the payroll. And we still have to sign a goalie, and then depending on just how far down the wishlist you go maybe some new DM, maybe a true winger. Obviously some salary was shed with the release of Bendik, Findley and Jackson, and Ahmed Kantari is a preposterously obvious option for the one buyout allowed each year, but there’s going to have to be other moves to make all this make sense. Previously we’ve seen Laba and Ol’ Gil sacrificed to make room, who knows who’ll go this year.

My fervent hope is that Damien Perquis will also somehow be released, his salary is way too high for someone people are talking about as ‘should be a decent number 2 centre back with better people around him’.  An answer to the cap problem, and also the ‘how does everyone fit into this midfield’ question is of course Benoit Cheyrou, that one would hurt.

There was talk that both Perquis and Cheyrou had a lot of allocation money spent to bring their cap hit down, perhaps their actual salary is enough that they fit into the range where TAM (some of which went to Portland in the Johnson deal) can be used instead, thus freeing up the general allocation money and regular cap space for some of these new expensive toys.  While that may be a convenient solution, if the answer to ‘what did TFC do with their fancy new money?’ is in anyway ‘Damien Perquis’ then they’d need to be fully stripped of the ‘off season champions’ title people are hastily bestowing on them again (maybe we wait to see what everyone else does first? Just a thought).  Anyway, as always TFC are interesting.

Despite my concerns about just how these questions get answered, this has been a remarkably good week for TFC. 3 very good players, with MLS experience. 2 of them obvious upgrades in positions of obvious need, and as for the other one, figuring out how to fit another talented player in is a very good problem for a coach to have. Exactly how they figure out the cap puzzle before March and the midfield puzzle once the season starts will be very interesting to watch, It’s going to take some good wonking and good coaching, and I’m not entirely convinced either Bezbatchenko or Vanney are up to their respective tasks, but you really can’t complain about the trades made so far.