Posted By Duncan Fletcher on Mar 2, 2016 in News, Uncategorized | 4 comments 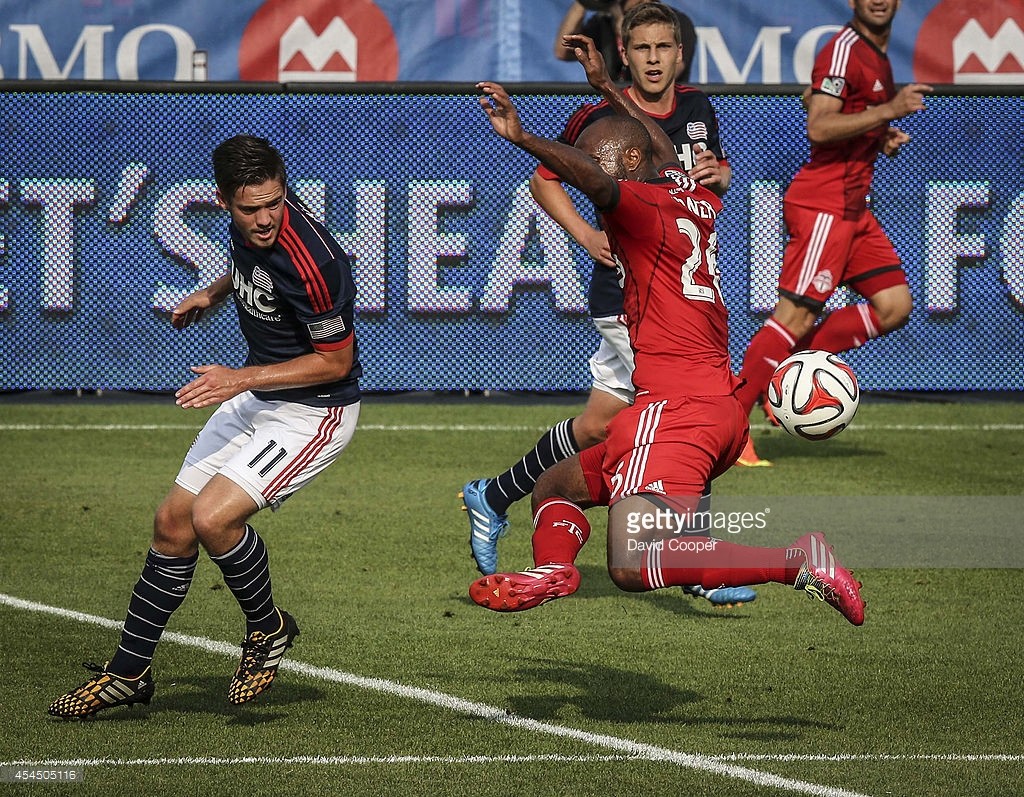 Fly Collen fly. All the way to Houston.

So the traditional last minute panic to wrangle TFC’s first team squad into something that fits in with the MLS roster ‘rules’ continues. After the still unofficial waiving of Herculez Gomez yesterday, today came official news of another player being dumped, though this time actually in a trade for something.

Collen warner was the latest victim, sent off to Houston for ……a conditional second round pick in 2017 (what’s the conditions? No-one knows. MLS!). The 3 paragraph report on the TFC website included Tim Bezbatchenko saying: “With our current depth in midfield, we felt we could make a move to acquire a future asset and we’ve accomplished that with this deal,” which to me translates as ‘hmmmm, seems like Leafs fans are absolutely loving this whole trading for draft picks/rebuilding thing, let’s try and spin in that way rather than that we still needed to clear cap space.’

So basically nothing coming back, not really a good return for Warner but it shouldn’t have too bad of an effect on the season as a whole, at least at first glance, and barring an injury crisis. Warner’s a decent player, but was at best the 5th option for midfielders behind ‘Michael’, Johnson, Osorio and Cheyrou. You can probably add Marky Delgado to that list when he’s healthy as well, maybe even Jay Chapman depending on exactly what role is being looked at, so he was somewhere between 2nd and 4th backup. I’m not too concerned, I’m ok with some of the younger and/or Canadian players moving up to that spot really.

Where it is a bit alarming is when you try and figure out exactly what the midfield formation and roles will be, and focus on which of the midfielders is actually a proper defensive midfielder, and really Warner was  probably number one in that spot, he’d have been a very useful guy to have on the bench in games TFC were winning.  When he was played as the holding winger in Greg Vanney’s short lived midfield diamond last year, he looked good, and the team looked better with him out there. It’s also no coincidence that probably the only impressive performance in the last few months of the season came with Warner at the back of the midfield when ‘Michael’ was away with the US team, against New York Red Bulls.

He’s not a flashy difference maker by any means, not even within the ranks of defensive midfielders whose job isn’t to be flashy, he’s no Laba, Alonso, Kitchen, Trapp, McCarty etc. But he does a basic job to a basic level and that can be a very important thing to have in your squad and be able to call upon when necessary. Good solid MLS level players, sounds like it should be easy to find them but TFC have often struggled with it in the past, so it’s a shame to see one of them go, it doesn’t surprise me that he was one of the players that they actually could trade to another MLS team and I wish him all the best in Houston.

As with the Moore and Gomez dumps, the positive talk focuses on the opportunity it opens up for some of the young players, and this may lead to extra minutes for Chris Manella, captain of TFC II last season and probably the natural fit for the ‘more defensive minded midfielder on or close to on the bench’ spot that would have been Warner’s. He won’t be used often, but if he can get in 10-15 games, even if most of them are off the bench, it’ll be a good chance to show what he can do and show that he can step up and fill that spot nicely. With TFC now having 3 empty spots on the roster, you’d think it also opens up the way for Mo Babouli to get a first team contract, while still leaving the flexibility of an open spot or two for whatever may come up in the rest of the season.

Let’s hope this is the end of the bloodletting, once again, TFC have ended up with a very top heavy squad. The starting eleven quality is undoubtedly increased, but with losing Moore, Gomez and Warner, now all of a sudden it’s a very quick dropoff to the young and relatively untested portion of the roster. Hopefully some of those younger players will grab the chance and run with it, but it’s a big gamble, let’s just pray the injuries and international absences are spread out evenly throughout the season, if not there could be real trouble ahead.  It has still overall been a good off season, I’d give it a solid B/B-, but how about we just quietly slip off the ‘off season champions’ sash and tiara some people awarded us in December and hope no-one notices.

We’ll end with his finest moment in a TFC jersey, a goal and assist on the same play as he heads a ball down to his own knee and in. Beautiful.