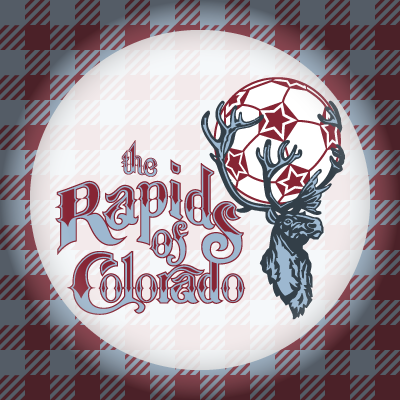 So then, as Toronto were losing to Seattle and New England, the obvious thing to keep reminding yourself of was ‘alright, no need to worry, 4 games coming up against crap teams, TFC can beat the crap teams’. I guess we change that to ‘no need to worry, 3 games against crap teams at home, TFC can beat the crap teams at home’.  New York City has for some reason been an exception to that all season, Toronto having given them 7 of their 31 points and 2 of their 4 clean sheets this season, so best not to read too much into that game when it comes to these next 3 games, these games awe all very winnable, even with TFC’s recent form.

Given how far back the bottom 4 of the East are and how few games remain, the chances of TFC actually dropping out of the playoffs are as good as their chances of getting into the top 4. So this isn’t a must win game in that sense. Lose the next couple and then things would get properly squeaky bum. It is though a very important game for restoring a sense of confidence among the fanbase. While not everyone was buying into Greg Vanney’s ‘best performance of the year’ talk after the New England game, there was still a general sense of calm, of acceptance that TFC are who they are, still good enough to do well against the weaker teams. During and after the game in New York, against one of those weaker teams however, there was a sense of panic on twitter, a questioning of the team’s abilities, and a lot more speculation on Greg Vanney’s future as coach than has previously been seen.  Lose again here in a similar lacklustre fashion and the jokes about TFC screwing up a playoff place again will all of a sudden be a lot more real.

Could that happen? There’s a definite possibility of that, Colorado are, in a much different way, probably at about TFC’s level, their point total and table position dragged down by being in the West and their schedule thus being tougher. It’s difficult to predict what could happen at either end really. TFC score lots of goals, 3rd in the league, but Colorado really doesn’t concede many at all, 2nd in the league. The hoary old unstoppable force meets immovable object cliche. At the other end, Colorado can’t score, dead last in the league in that respect, but TFC can’t defend, the resistible force meets the movable object. Plenty of struggling teams or players have found TFC to be just what they need to get themselves going, that could easily happen again.

This is where I’d generally be trying to predict a formation or lineup, but predicting that has recently been a fool’s game. Will it be 3 at the back with attacking fullbacks, or 4 at the back? Will Marky Delgado be back at right back after what wasn’t really a good performance? Will Justin Morrow move there or be allowed to continue at left back? Ahmed Kantari got a suspension from the disco, so there’ll be one enforced change, does Damien Perquis come back in, maybe Eriq Zavaleta? Who knows?

At the other end, will Giovinco continue in the central role he’s had recently? He was certainly more prolific when drifting out wide into space. Will Jozy Altidore be playing? Presumably so, but where? Left side of the attack, right side of the attacking midfielders, back in the middle? Again who knows? It’s good to have a few options, but the continuing chopping and changing really isn’t helping. At the back especially, TFC look disjointed and unfamiliar, still, nearly 30 games into the season, not a good look for any team or it’s coach.

Time’s rapidly running out for issues like this to be resolved, for TFC to start to resemble a well organised team, more than or even equal to the sum of their parts. At this stage it’s probably easiest to not even hope for that, instead just sit back and see if the talented parts can again do their thing to get the necessary results. A couple of wins is more than likely all TFC will need to clinch a playoff spot, 5 home games should allow that to happen, and their best chance of that comes with these next 3 games. If it happens, it’ll more than likely be in spite of, not because of whatever the hell Vanney decides to do this time.