Home » Analysis & Opinion » Toronto FC vs DC United: Will The Hapless DCU Send TFC Into The World Cup Break On A High Note?

Toronto FC vs DC United: Will The Hapless DCU Send TFC Into The World Cup Break On A High Note? 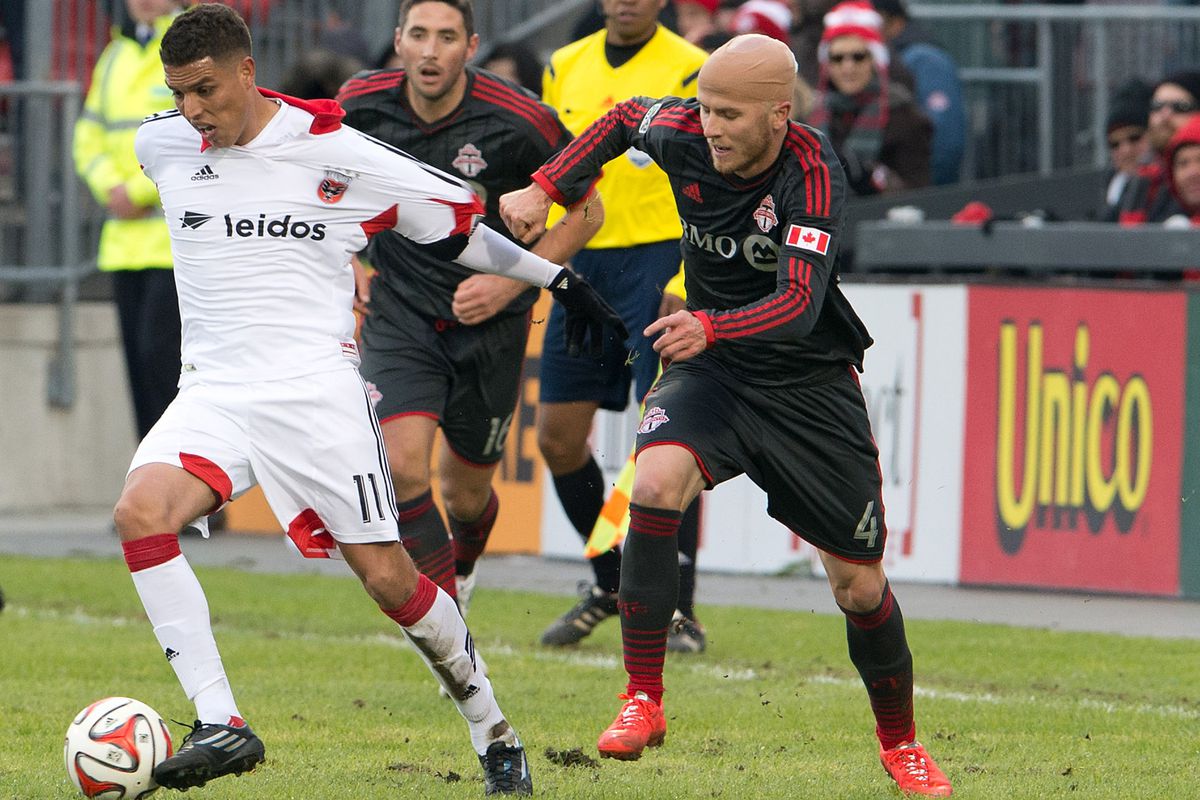 It’s hard to concentrate on the MLS season with the start of the World Cup less then twenty-four hours away, but with one last spate of games before we all spend the next month completely distracted Toronto welcome DCU to town.   Toronto couldn’t ask for a better opponent heading into this break because DC are bad, 2012 TFC bad, painful to watch bad – which is unfortunate (except for TFC fans of course) as we’ve got a bit of a soft spot for our Beltway brethren over at Black & Red United (here’s Duncan on their latest podcast).  However we’ll take points wherever we can find them so sorry guys, but hope you stay true to form tonight.

Toronto have had a rough start to the season, and while their injured players slowly regain health have been playing one step forward, two steps back – either more players get injured (or reinjured), or they find new ways to lose games – but tonight’s match is an opportunity for two wins in a row before they get a week and a half off.  If TFC can win tonight’s match they can continue their slow climb up the standings – it would also be nice if the cheesemakers can keep Orlando on their losing streak.

I’m thinking there are goals in this one, DC aren’t exactly prolific at the back right now and then there’s the weird aspect of Darren Mattocks being DC’s best scorer (so weird) – anyway, if all goes according to plan Toronto get a solid win and then can enjoy a break (unlike MLS sides, no national championship games for them until next month) and get recharged for a lot of games in the upcoming months.  I’m going with 3-1 TFC.