Home » Match Previews & Reports » Toronto FC vs LA Galaxy: Can TFC Dim The Galaxy Even When Leaving Some Of The Stars At Home?

Toronto FC vs LA Galaxy: Can TFC Dim The Galaxy Even When Leaving Some Of The Stars At Home? 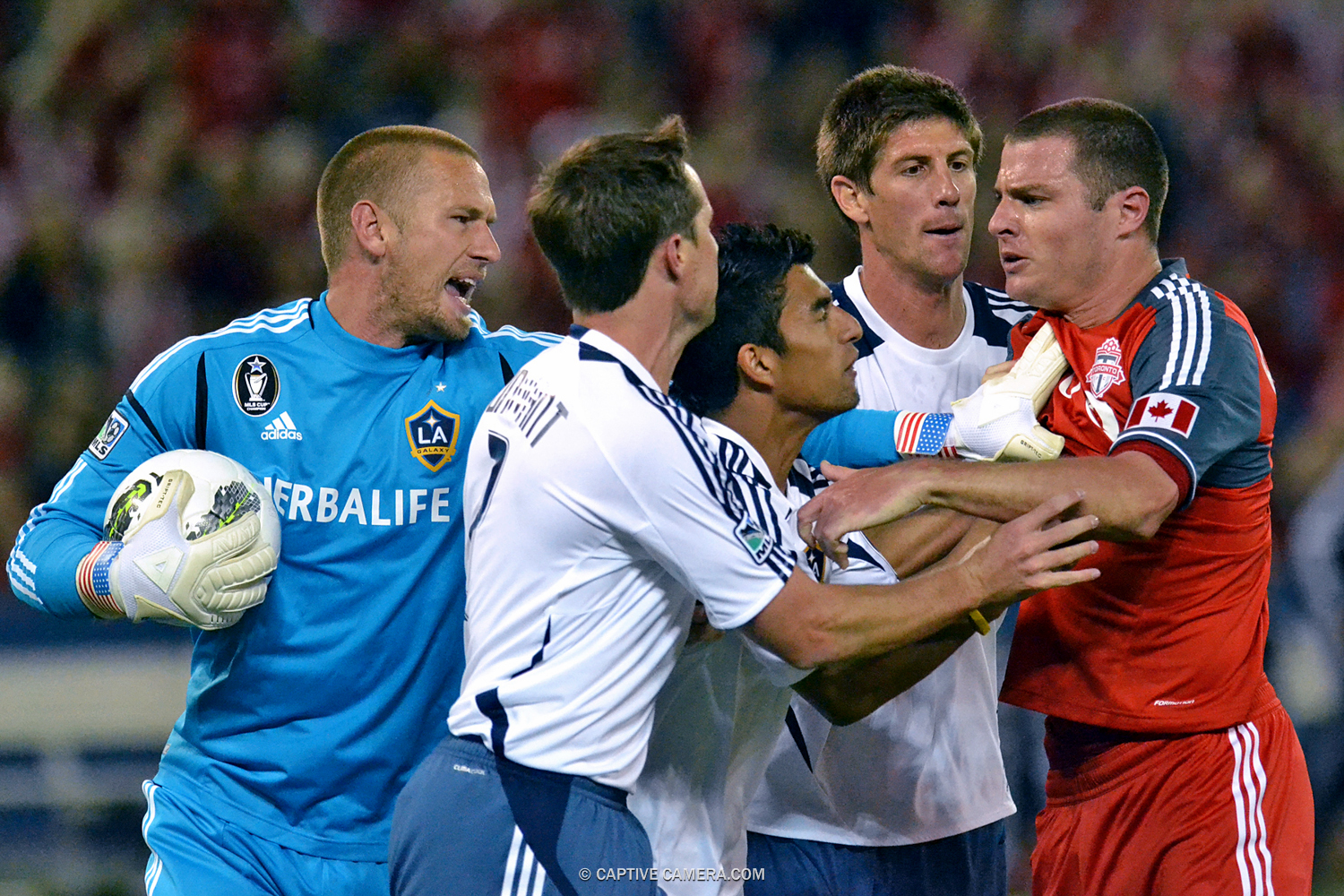 Toronto FC are heading into the final stretch of the season seemingly in control; top of the league by a solid margin, no regular players suffering from injury and a five game winning streak in which they outscored their opponents 17-3 – not too shabby – so is the pressure to win the Supporters Shield, break the LA Galaxy’s points record and attempt to erase the sour taste left from last year’s MLS Cup loss getting to them?  Apparently not given that coach Greg Vanney has chosen to leave his best scorers in Sebastian Giovinco and Jozy Altidore at home so that they can rest and recover from some knocks – leaving your two top players at home against a team that you’ve only one road win against?  Ballsy.

Yes in eight attempts the Reds have only beat the Galaxy once in Carson – hardly a reassuring number (though the first time was last year) – so is anyone worried that Toronto’s attempt at the fewest losses record (anything under 4 sets the record, TFC are currently at 3), as well as the above mentioned records, might be in danger?  You’d be a bit crazy not to, literally anything can happen on any given day in MLS (or sport in general); but even with new coach Sigi Schmid trying to wrest his team to the level of mediocrity before the off season, Toronto are still the better team and should come home with some kind of positive result.

It’s hard to peg this game given absences and such – but the team that travelled is in good shape, they’re highly motivated and the Galaxy are down key players.  I don’t think it’ll be a walk but I do expect Toronto to win – sticking with my podcast prediction of 2-1 TFC.